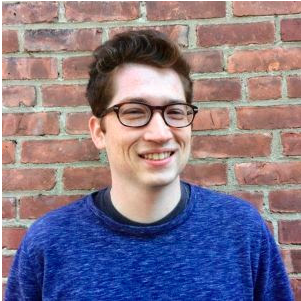 This week, we're spotlighting Paul, one of our Harvard PhDs.

Paul was born in Evanston, IL and grew up dreaming of being a cowboy. When he was informed the industry wasn’t what it used to be, he decided to change gears and pursue his other love: reading and writing. Paul attended Vassar College where he majored in Political Science and Africana Studies and graduating with honors in 2014. His thesis exploring the role of the gun in the settlement of South Africa and the United States was awarded the Paul Robeson prize. Upon graduating, Paul became a Maguire Fellow, allowing him to continue his interest in South Africa by pursuing a research project in Johannesburg. While in Johannesburg, Paul completed his M.A. in Anthropology with distinction from the University of the Witwatersrand and received the John Blacking prize for his dissertation on the social life of home security technologies. Currently, he is a doctoral student in African and African American Studies at Harvard University with a primary field in Anthropology.

I grew up in Skokie, IL - a suburb right on the north edge of Chicago. My family has been in Chicago since they arrived so I have a lot of family that lives very close to my parent's house. I would often walk to my grandparents' and cousins' houses to visit. I also spent a lot of time biking around and getting into (very) minor scraps in my neighborhood.

As a junior at Vassar College, I spent a semester studying at the University of Cape Town and became totally fascinated with South Africa. I was struck by how similar and yet different the country was to the US. I had always been attracted to the idea of reading and writing for a living and academia seemed like pretty good place to do that. As a test run, I enrolled in a MA in Anthropology at Wits University in Johannesburg, where I started to do ethnographic fieldwork for the first time. Fieldwork sealed the deal that I wanted to become an academic.

What are you up to now?

Right now I am finishing up my third year of a PhD in African and African American Studies at Harvard University. I am putting the finishing touches on my dissertation prospectus, which is the final step before heading out to South Africa to begin fieldwork. My research centers on the phenomenon of for-profit policing and its impact on post-apartheid urban life.

I just got engaged in the fall so I imagine “my wife” and I will be living in a small house. My time in Johannesburg has really spoiled my tolerance for cold and rainy weather so I hope we are living in a place where there are aloes and agaves can grow all year round. We also adopted a small shih-poo named Osita last year so I hope that she will still be puttering around. By then I hope I will have published my dissertation and started a new project.

At a young age, I had high hopes to be a cowboy. When that fell through, I thought hard about being a firefighter. These days, journalism is pretty appealing. Journalism, I think, is in many ways a sibling to anthropology.

What does your daily information consumption diet look like?

I spend an unhealthy amount of time on Twitter, mostly keeping up with the Green Bay Packers. When I am writing however, I need to shut it down and immerse myself in the process. My information consumption can be very variable.

Zora Neale Hurston's ethnographic writing on black life in the 1920/30s has yet to be surpassed. Her book, Barracoon, is based on her interviews with the last living survivor of the Middle Passage was recently published in 2018. Everyone should check out a copy from their library.


Are you interested in working with Paul, either in Boston or online?