Understanding elasticity of demand in economics 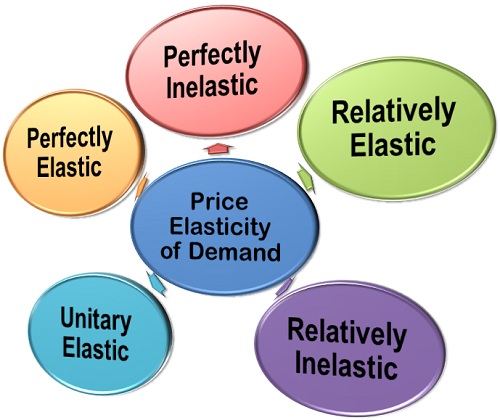 Elasticities of demand are a way to understand how much people change the quantity they demand in response to a change in prices. If the price of pizza doubled, would you and your friends only buy two pizzas instead of three? Or, would you only buy one slice each instead? Or, maybe you wouldn’t buy pizza at all and you’d get chicken wings instead. In all cases, the price increase of pizza causes you to buy less of it, but in each case the total decrease changes, from three pizzas down to two, one slice each, or zero slices. This example demonstrates different consumer sensitivities - or elasticities of demand - for pizza.

Elasticity of demand is usually denoted as an epsilon with a D subscript:

Because of the absolute value function, the elasticity of demand will always be positive, with higher values indicating that consumers are more elastic, meaning they are more sensitive to price changes and reduce their quantity demanded more if the good’s price increases. (One way to think of this is like a rubber band - a very “elastic” rubber band will stretch a lot when you pull on it, while an “inelastic” rubber band will be harder to stretch.)

Imagine that, instead of doubling, the price of pizza rises by only 10%. If your demand for pizza is very elastic, and you drastically reduced the quantity of pizza you bought by 50% in response to this price increase, then we would know that your elasticity of demand for pizza is:

Importantly, elasticity of demand is not the slope of the demand curve! This is a common mistake, and would be a perfect trick question on an economics exam. The slope of a demand curve affects a good’s elasticity, but they are not the same thing.

What are some things that might affect a good’s elasticity of demand?

Important Elasticities (and how to draw them. 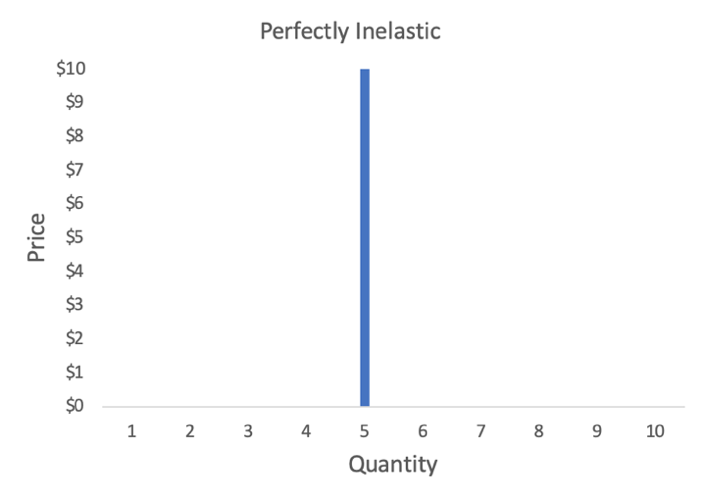 In this case, as the price changes people do not change the quantity that they buy. It means that the demand for the good doesn’t change as the price changes. In reality, probably no goods are perfectly inelastic, but many goods are very inelastic. Research in economics shows that services like healthcare or goods like cigarettes are examples of products that are very (though not perfectly!) inelastic. 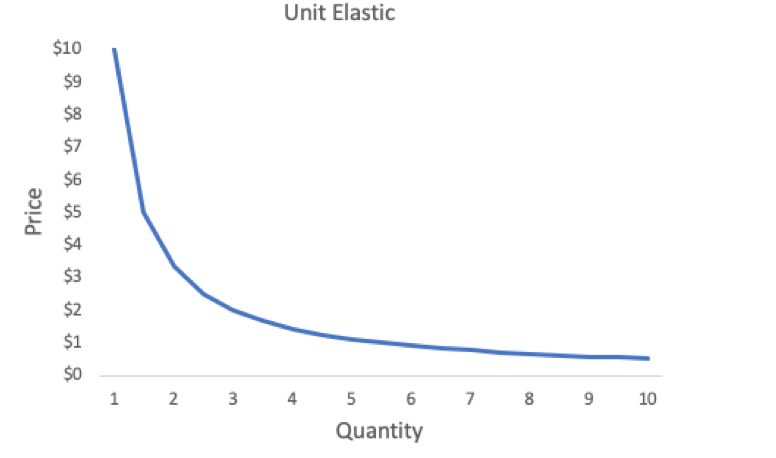 In this case, at any point on the curve, a percent change in price will cause an exactly equal percent change in quantity. So, if the price of a unit elastic good increases by exactly 10%, then the quantity demanded of the good will decrease by exactly 10%. This is true at any point on the graph. Notice again that this is not the slope of the demand curve. 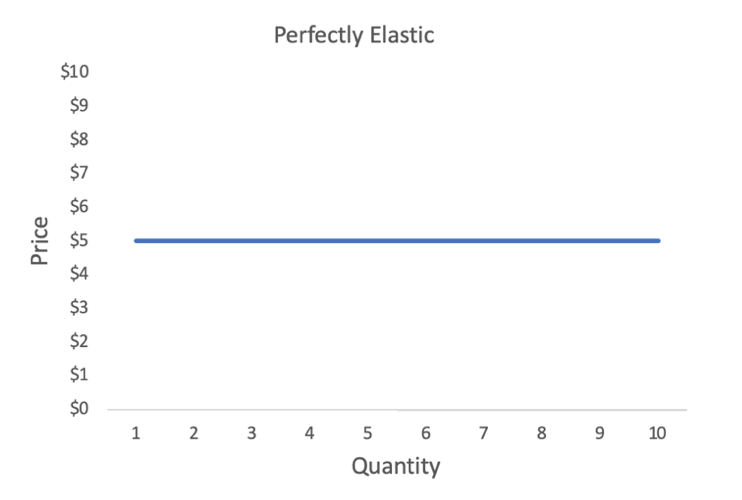 In this case, even the smallest increase in price will cause consumers to reduce their quantity to zero. Again, in reality there are probably no perfectly elastic goods, but there are many that are very elastic where people are very sensitive to price changes. Some goods, like brands of clothing, or activities, like eating out at a particular restaurant, are considered to have relatively high elasticities.

The figures above also can help you remember that goods with steep demand curves (more vertical) are more inelastic, while those with flatter demand curves are more elastic.

October 25, 2021 To ACT or to SAT? That is the question.
October 18, 2021 What’s the difference between stiff, strong, and tough?
October 13, 2021 Dreaming and designing: a short guide to your many lives
October 11, 2021 The role of insurance and common threats in health insurance markets
September 27, 2021 How to solve an empirical formula problem
September 24, 2021 Quantum numbers
September 22, 2021 A painless introduction to VSEPR theory
September 20, 2021 A language study routine that actually works
September 16, 2021 How to read legal statutes like a lawyer
September 14, 2021 So you want to be an engineer...but don’t have a degree in engineering
See all
navigate_beforeEdit Filters closeClose
Clear Tags closeClose
© 2021 Cambridge Coaching, Inc. All rights reserved.