Where do Taylor series come from and why do we learn about them? 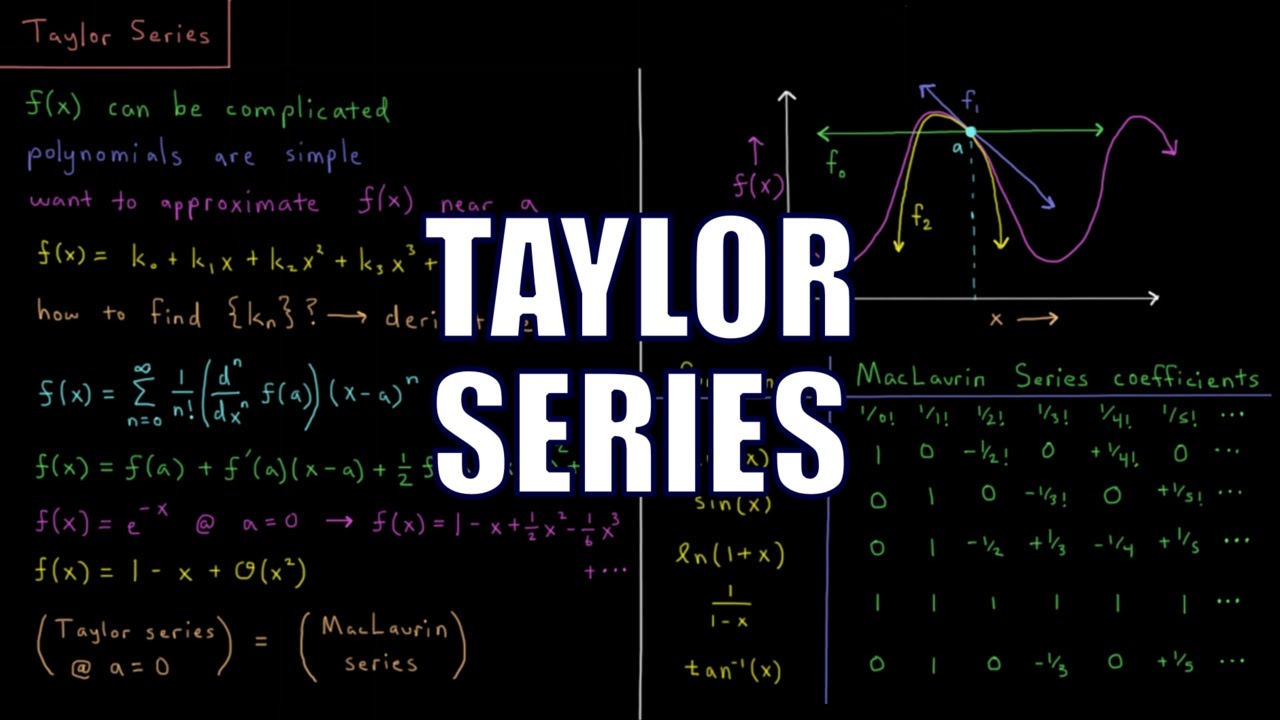 Taylor series can often seem a bit mysterious the first time that we learn about them. The formula for the Taylor series of a function f(x) around a point x=a is given by

But what is a Taylor series really? Taylor series are an incredibly important tool for numerical approximation. In this post, we’ll break down the motivation for Taylor series and shed some light on where they come from.

Suppose that we have a complicated function like f(x)=cos(x) that is hard to evaluate precisely without a calculator. Suppose now that we wanted to estimate the value of cos(x) near x=0. One way that we could do this is with a linear approximation. That is, we will construct a linear function g(x)=mx+b that is close to f(x)=cos(x) at x=0. To do this, we should think about what values of b and m give us the best approximation of f(x)=cos(x). 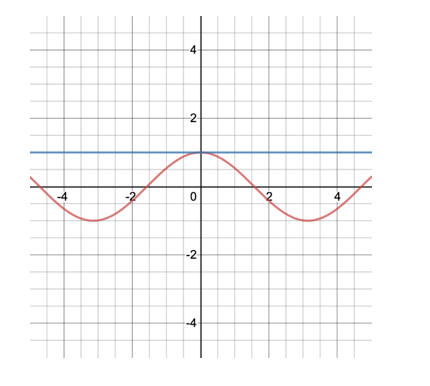 From the graph above, we see that for x close to zero, g(x)=1 is a reasonable approximation of cos(x). That is, cos(x) for very small values of x is close to 1. But this approximation is not very good for larger values of x.

How can we make our approximation better?

As a result, our quadratic approximation is:

If we plot f(x) = cos(x) in red and our approximation g(x) in blue, we get the following graph:

But there's no reason to stop here! We could continue approximating our function f(x) = cos(x) with polynomials of higher and higher degrees. Let g(x) equal the following:

What is the mth derivative of g(x) at x=0? Well, with some thought we can see that if m is at most n, then the following equation is true:

This tells us that we should have:

Written another way, we have:

In the below graph, we see f(x) = cos(x) graphed in red, and some better and better polynomial approximations found in this way: 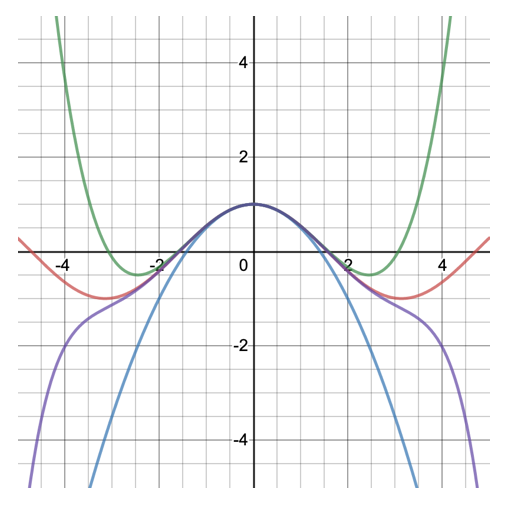 If we continue this process indefinitely, then what we get is a Taylor approximation:

This gives us that formula for the Taylor series around x=0 (sometimes also known as the Maclauren series) of a general function f(x).

To finish off this discussion, we note that sometimes we want to approximate a function f(x) near a point x=a where a is not necessarily zero. Then, we need to shift this whole discussion to be centered around x=a rather than x=0.

To do this, we match the derivatives of our function f(x) and our Taylor series not at x=0, but at x=a. Doing so, we find that the correct approximation is our original Taylor series expression from the beginning of this post.