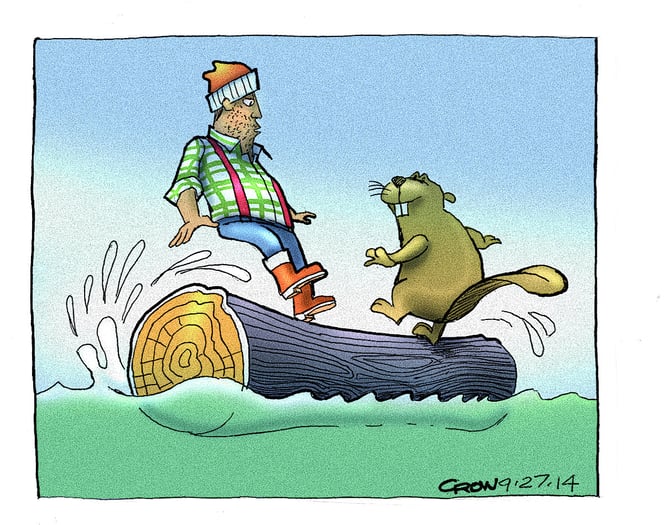 Learning about logarithms is one of those times in math class where you wonder if this will ever be useful in any way. I see lots of students struggle with topics like logs, since they can seem abstract and they aren’t obviously useful. But I’m here to explain why they are actually incredibly important and describe so much of the world we live in! Let’s take a look at an example from chemistry and physics that shows just how powerful logs can be - the Arrhenius Equation.


What is the Arrhenius Equation?

Arrhenius was chemist who saw an interesting trend in how fast chemical reactions happen – they increased exponentially as the temperature went up. So, like any future Nobel Prize winner, he took the current mathematical models and came up with a simple replacement that we still use today. His model also turned out to be useful for far more than just chemical reactions: Most processes in nature that change with temperature seem to follow it too.

So what is this simple magical equation? Its written below where K is the rate that a process happens; A is a coefficient which is unique but constant for every process; EA is an activation energy (the amount of energy needed to get the process started); R is the universal gas constant and is always 8.314 J / mol*K; and T is the absolute temperature (Kelvin instead of Celcius)

Yeah… real simple… Yikes this equation looks like a beast at first glance! Negative fractions inside an exponent, ouch. How are we going to handle something like this?

For this equation to be useful, we have to be able to figure out what all the variables are. Then, if we have values for all of the variables we can predict what the rate will be at any temperature, which makes this a very powerful tool! So we can do some experiments and pretty easily measure the rate (K) and the temperature (T). Plus we know that R is always the same number no matter what. That means the only things we can’t measure are A and EA. Unfortunately that exponent in the equation makes it tricky to just instantly figure those out. So let’s see if plotting the curve helps us at all.

Several data points from an experiment are plotted with an exponential fit added.

Not much help there. The exponential just makes it too curvy to easily figure out what A and EA are from the graph. If only we had a way to get rid of that exponential…

We do! Logarithms! It turns out we can use some logarithm tricks to turn this monster of an exponential equation into something easy as pie!

And this one isn’t really a trick, but sometimes it’s useful to think of it as one. Remember that at its core, a logarithm is trying to determine what power you need to raise your base to in order to get the number in the operator. If the operator and the base are the same number, you are just raising it to the 1st power, so

These tricks are where logarithms become truly useful!

So let’s go back to our Arrhenius equation and see if we can use our log tricks to figure things out. We’ll start by taking the logarithm of both sides of the equation. Since this exponent uses e, let’s use a logarithm that is base e – the natural logarithm.

Alright, now we’ll use some log tricks. We have a multiplication inside the log on the right side so let’s simplify it to addition

Now we can apply another trick and bring that exponent down

Finally, ln is just a shorter way of writing loge, so the ln(e) = 1. And if you multiply any number by 1, you just get that number back again. So our equation simplifies even further to

So now we have simplified our equation, but how is it any better to have a bunch of logarithms instead of exponents? The answer comes when we re-plot our curve. But we aren’t going to do that with the same axes we did last time. Remember, K is a number that we can find, so ln(K) is also just a number. We can also find T and since it’s on the bottom of our fraction let’s treat it as if it is 1/T, which is still just a number. So what if we replace ln(K) with a new variable called Y. And we’ll do the same for 1/T and call it X. Now what does our equation look like

This form is actually quite familiar. This is just an equation from your algebra class, y = m*x + b. This is a linear equation! So now if we plot our curve with the Y axis being ln(K) and the X axis being 1/T, we get a straight line! 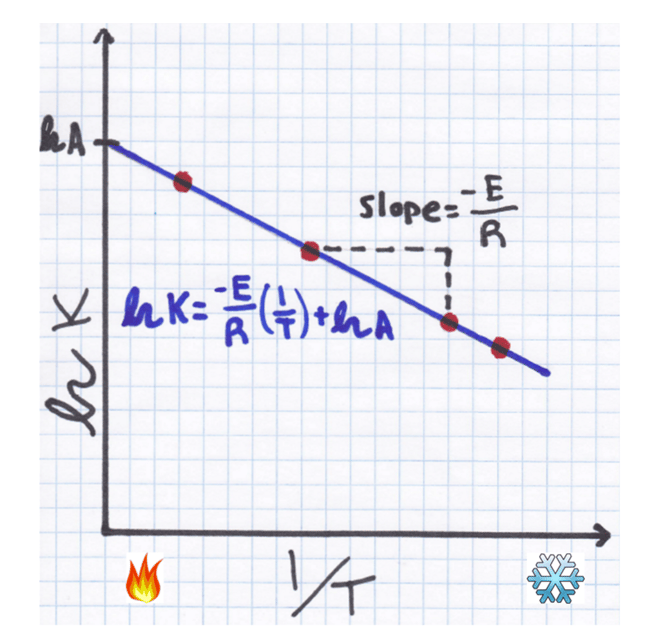 The same data points are plotted on the new axes and with a linear fit added. Since the x-axis is now 1/T instead of just T, higher temperatures will lead to points closer to the origin, which is why our slope seems to have changed direction.

The y-intercept of the curve will equal ln(A). So we can just undo our logarithm using our log tricks and get a number for A 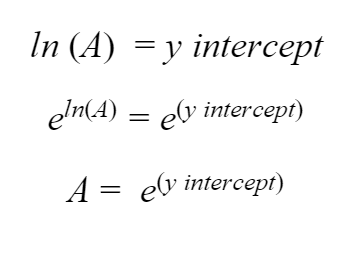 The slope of our curve will be equal to –EA / R. Since R is a constant that we already know, we can find a number for EA

We did it! We found all the variables in the Arrhenius Equation! Now we can plug our values for A and EA back into the original equation and use it to compute the rate for any temperature we want. This means we can do a few easy experiments in a lab and use the Arrhenius equation to figure out how things will work at crazy temperatures like the inside of an engine or in the cold of space!

We took an ugly looking monster of an exponential equation and used logarithms to turn it into a truly simple linear function that we know how to deal with. We can use this same process for lots of other exponential equations too – nature is full of exponential growth! You can use these log tricks to calculate all kinds of things that would’ve otherwise been extremely hard to decipher, like how fast organisms reproduce and the speed of radioactive decay. Even your own hearing is based on a logarithmic scale! All those lessons in math class on logarithms suddenly seem way more practical.

NOTE: To all the physics people out there, you can just as easily use the Boltzmann constant (kB) instead of R. You will get a different number for EA, but the overall equation will still give you the same result. The only difference will be the units for EA since R uses per mol while kB uses per molecule.