The Importance of Taking It Easy: Sitting for a Standardized Test

Lost in the whirlwind of test-taking strategies and practice problems that make up the bulk of test prep is the simple fact that there is an immense psychological component to any test as critical as the SAT, GMAT, GRE, LSAT, or MCAT.

As a public service, we will propose some pearls of psychic wisdom designed to put you in the optimal test-taking frame of mind in a new section entitled, How I Learned to Stop Worrying and Love the Test. 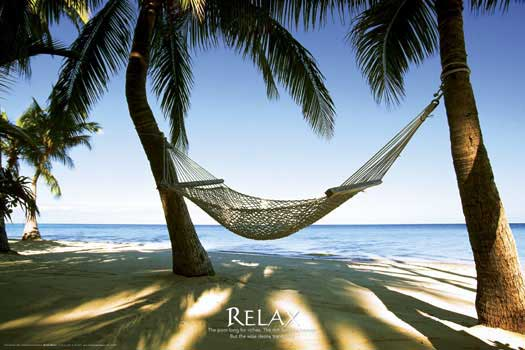 Four years ago, my friend was studying for the LSAT's. It was her summer vacation, and she'd committed herself to doing nothing but test prep for two months. In that monastic period she spent hours in her LSAT review course, took dozens of practice tests, and did, by her own accounting, every single published practice problem. She inhaled coffee like it was air. By the time Test Day neared, her score had skyrocketed to the high 170's (the maximum score is 180). She'd seen every imaginable type of question. There would be no curveballs; every problem would be coming straight across the plate, slow and fat as a beachball. She was feeling, understandably, pretty confident.

Which was why she was rather stunned when she wound up with a 166—a twelve-point drop from her top practice test score. Not a terrible result, but not nearly high enough to get into her top choices.

It turned out that in the testing room, there had been a boy next to her who spent the duration of the test chugging, and then loudly crumpling cans of Red Bull. That, plus the unexpectedly cold air conditioning, was enough to destabilize two months of meticulous preparation.

A French girl I know once spent an entire summer cloistered in her room at home, ignoring friends and family, studying for the Grand Ecole exam, the French elite college admission test. She studied ten hours a day, taking her meals in her room, and when the actual test day rolled around...she blanked. Couldn't remember anything. Months of sequestration, wasted. She ended up having to take it all over again the next year.

So what's the point, you might well ask, of sharing these horror stories with you, the already-stressed-and-agitated student? It is to impress on you that in your fevered preparations, in all your practice-testing and problem-drilling and flashcard-flashing, it is crucial that you not forget that this test includes large and aggressive physical and psychological dimensions as well. Just as important as memorizing the difference between “gregarious” and “garrulous” is learning how to cope with the intense pressure that you feel in the testing room. All the SAT prep help in the world won't help you if you can't relax.

When I teach, I usually require students to spend a half hour or so in class talking about relaxation strategies. Everyone has their own—as you should have yours—but I have two personal favorites.

The first is what you do when you find yourself staring at a problem, having read it for the fifth time, with no more sense of what it's asking than when you read it the first time. Your eyes are glazed, you're two hours into the test with two more to go, and it's just not going in. My advice to students is, look up. I don't care if you're worried about time; look up. Look up, and realize that your shoulders have been so hunched they're brushing your ears. Smooth them down, maybe massage them a little. Shoulders are important on these tests. Look up, look around you, and realize that everyone else in the room is clinched to their desks, brows furrowed, chewing their No. 2 pencils, portraits of unadulterated misery. And now there you are, head erect, surveying this tableau of misery before you—and just for a moment, you are set apart, above, aloof. Take this moment to reset your brain, take a deep breath, and then plunge right back in.

The second is remarkably simple, but rarely-mentioned: during the break, exercise. Do something aerobic, like sprint up and down a few flights of stairs. Do push-ups, sit-ups, cartwheels, whatever. Move. There is a clear and demonstrable relationship between physical and mental numbness, and there is no surer way to induce physical numbness than a 4-hour test. So don't check your email or send a text. Have a dance party. Shadowbox. Jump up and down in place. Just move. You will feel infinitely better. It's a little shot of caffeine that doesn't make you need to get up and pee—and on the SAT, there isn't much that can beat that.