Advice from a Chemistry Tutor: Identifying the Unknown Solutions Lab 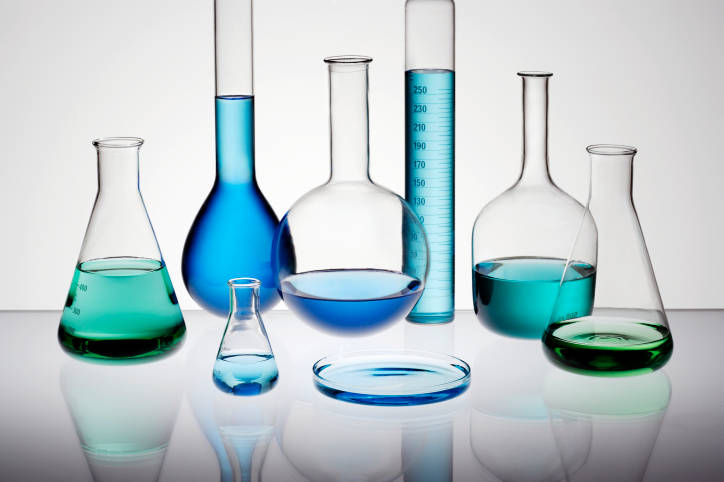 One of the most common general chemistry lab experiments, both in advanced high school classes as well as introductory college courses, is the identification of a series of unknown chemicals.  As a chemistry tutor in Cambridge, I am well equipped to break it down for you.

Even with several experiments under your belt, such a challenge can be a bit overwhelming. In contrast to other lab activities, you’re often not given any instructions or guidance – you’re responsible for both designing and carrying out the lab. To make things worse, you’re typically not armed with the (expensive!) tools that a practicing chemist would use in such a situation. Assuming that you are given 10 samples to identify, there are 10!, or 3,628,800 ways to place the labels, only one of which is correct. Clearly, guessing isn’t really going to get the job done; beyond that, “guessing” isn’t really a valid experimental design element anyway.

So today we’ll take a look at how you can use your knowledge of basic reactions and solubilities to successfully navigate this lab. Let’s say we’re given thirteen test tubes containing approximately 0.1 M solutions of the following chemicals:

We’ll also assume that the only tool you’ll be given is some litmus paper. Depending on your specifc lab, you may have more tools to make this even easier, but you’ll find that anything more is truly a luxury, and may even be a distraction!

You’re only given one tool, so let’s use it! In general, however, litmus paper only gives you a positive reading for strong acids and bases, so we’ll assume you’ll only be able to identify the first three compounds this way. So drip each of your samples onto strips of litmus paper and watch for the three that change color – two should turn red and one should turn blue. Label the sample that turned the paper blue NaOH. Set the other two aside – you know that they are HCl and H2SO4, but we can’t identify them just yet.

2. Identify AgNO3 and NH4Cl. Now that you’ve got your acids and bases separated, mix small amounts of your KOH solution with samples of the remaining (neutral) chemicals (Note: be sure not to add KOH directly to the original test tubes containing your unknowns, since you’ll need some of these later!). One of the tubes should produce a stringy, brown precipitate of silver oxide (note that in contrast to similar reactions with, for example, Mg2+ or Pb2+, the product is actually silver oxide, not hydroxide).  Label the silver nitrate and keep it aside—you’ll need it later.

Another tube should release the characteristic odor of ammonia, due to the acid-base reaction of KOH and NH4Cl to produce gaseous ammonia (NH3). Label this one too.

3. Identify Na2CO3 and Na2S. To identify these two, take one of your acids (it doesn’t matter which one this time), and mix it with each of the remaining samples. You’re looking for fizzing (from the Na2CO3) and a “rotten-egg” type smell (from the Na2S). Both of these reactions generate gases as products—CO2 and H2S, respectively. But H2S­ is fairly soluble in water, so it doesn’t bubble out of solution as rapidly as CO2 does. Two more tubes done!

4. Identify MgCl2 and BaCl2 (and HCl and H2SO4). Both magnesium and barium form insoluble carbonate salts (MgCO3 and BaCO3, respectively). So get out your sample of Na2CO3 that you just identified and add it to each of the remaining samples. Two tubes should form white precipitates – these are MgCl2 and BaCl2, but we don’t know which is which yet. However, only barium sulfate, BaSO4 is also insoluble—MgSO4 is readily soluble in water. So go back to the two unknown acids. Add each acid in turn to the suspected BaCl2 and MgCl2 solution. If a precipitate forms, you’ve identified both the BaCl2 solution and the H2SO4 solution! Then, by process of elimination, you’ve also got the MgCl2 and HCl solutions. Only 4 more to go!

5. Identify K2SO4. We just made use of the fact that BaSO4 is an insoluble compound, while most other salts of barium are quite soluble. We’ll now make use of that fact again, so take your tube of BaCl2 and add it to each of the four remaining samples. Since BaSO4 is insoluble, while BaCl2 and BaI2 are soluble, only the tube of K2SO4 will produce a white precipitate.

6. Identify KI, NaCl, and H2O. We’re down to our last three samples-can we possibly identify all three in one step? It turns out we can, and rather easily! Go back and find your sample of AgNO3 and add it to the final three tubes. Both AgI and AgCl are insoluble, so the tube that doesn’t produce a precipitate is plain water. But how do we determine which tube contains KI and which tube contains NaCl? It turns out that AgI is bright yellow, while AgCl is plain white. Thus, by looking at the color of the precipitate, we can identify the final two compounds.

So there you have it – by applying rational thinking and our knowledge of solubility rules and basic single- and double-displacement reactions, we can identify 13 unknown compounds using only litmus paper. Many places that run this lab will also give you allow you to use additional tools – such as conducting flame tests to identify specific ions, or start you off with one or more known compounds to make this even easier for you. And for those of you seeking more of a challenge, try working out how to identify all 13 chemicals with no tools but the chemicals themselves–it’s a bit harder, but definitely possible!

When all else falls, ask a peer for chemistry help reach out to a chemistry tutor!