The Writing Tutor: How to Rewrite an Essay Without Losing Your Sanity

The secret to good writing isn't fancy vocabulary or acrobatic syntax--it's good editing.  All writers, even the most confessional, verbose, and conversational, spend immense amounts of time rewriting, honing, cutting, and polishing their work.  This holds doubly true for academic essays.  The best writers live by a simple truth: first drafts are not to be trusted.  And so today, with a view to improving the general composition, Cambridge Coaching's Novelist-in-Residence offers a short seminar on the Art of Rewriting. 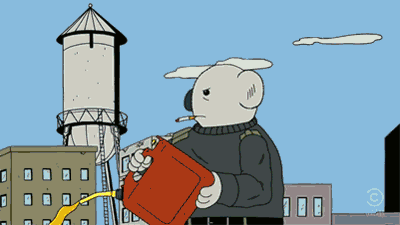 Recently, I had a history student who had written a final essay that was--how can I put this charitably?--going to do to his GPA roughly what that iceberg did to the Titanic.  It didn't answer the prompt, the writing was sloppy and pockmarked with typos, and most egregiously, it didn't show that he understood the material (in history, if you don't have that, all the pretty prose in the world won't help you).  He had called me because he wanted me to help "fix" the essay.

What I was at pains to explain to this student--in a gentle and patient way--was that "fixing" the essay was not the best option.  Yes, we could have gone through it line-by-line, tweaked words, expanded concepts, made the thesis and topic sentences clearer, and so on.  But there were two problems with that:

1) It would have taken forever.

2) It wouldn't have addressed the underlying problem: it was not a strong essay.

I made it clear that I felt that the best, quickest, and most effective way to improve the essay was to rewrite it from scratch.

WHAT DO YOU MEAN, "MY THESIS IS VAGUE AND POORLY-ARTICULATED?"

You don't always have to rewrite, of course.  Often, you just have to revise.  Some--even most--academic essays can be improved with good editing.  These essays are usually the result of intelligent outlining and a thorough familiarity with the material.  In these cases, your editing should be all about enhancing your language (punchier verbs, more precise nouns, fewer adverbs) and, above all, clarifying your point.  The question you should be continually answering is, "how does this serve to prove my thesis?"  If you can't quite articulate how a sentence, paragraph, or quote does so, get rid of it.  Cut it off like a gangrenous limb.  But sometimes, it turns out that the whole essay is infected, and that's when you have to ask a crucial question: "Would it be easier to just start over than to try to surgically repair every part of this essay?"

This is often true of college application essays when you're deep in the college admissions process-- with those, if at the beginning of the process you're not starting over every week, you're doing something wrong.

But Benedict Otterbatch up there has a point.  No one likes to be told to start over.  But sometimes, you have to cut bait.

Whatever you've written before is what economists call a "sunk cost." You've already put the time in, so you feel like you've made an investment.

The truth, however, is that time is never coming back; the only mistake you can make is feeding more time into something that isn't going to yield a worthwhile product.  In some instances (see this excellent article about how the Jets' stupidly doubling down on Buttfumble the Quarterback neatly demonstrates this principle).  In these instances, cutting your losses can often feel purifying, cleansing, and invigorating: the literary equivalent of a cold shower.
In this life, I am an academic tutor and SAT tutor. In my other life, I am a novelist.  This particular question is near and dear to my heart, because a month ago, a publisher told me I needed to rewrite my book.  Some two hundred pages were going to be ruthlessly scooped out, like the seeds from a pumpkin, and deposited unceremoniously in the garbage.  I thought this would be agonizing, but to my immense shock, deleting all of that material--years of work!--was no more painful than trimming the fat from a brisket.  As soon as I let it go I felt an extraordinary wave of relief pass over me--I didn't have to worry about salvaging all of that tortured wreckage anymore!  I had spent so much time trying to fix the material, like my student wanted to "fix" his essay, that it had never occurred to me that simply starting over would be easier, more fluid, and far more pleasant that I could have imagined.

I'm not saying that starting over from scratch is always the answer.  Only that it's always worth considering.  And much, much  easier than you think.