Welcome back to our series of posts of using our physical intuition in E+M!  We’re focusing today on how you can easily intuit the direction of an electric or magnetic field created by some arrangement of charges or magnetic fields.  This skill, of looking at a problem and using logic and physical reasoning to figure out with a good deal of certainty what the answer must be, will make your experience with high school or college physics courses easier and is indispensable for taking the physics SAT II or physics GRE. 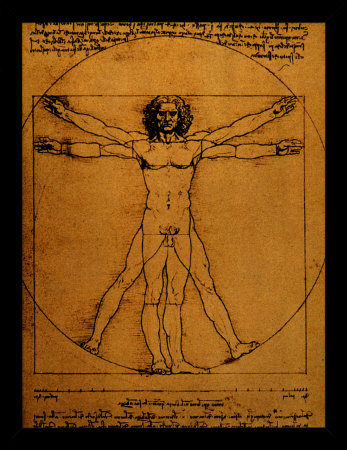 Let me say here that physical intuition is a powerful tool in any scientist’s toolkit, but it is no substitute for knowing how to work through the mathematical nitty gritty of the problem.  Intuition lets you bypass the math in many cases, but you should always know how you would do the calculation.  For example, you can use the intuitive techniques from the past two lectures to know that the magnetic field caused by an infinite wire wraps around the wire and falls off as 1/r.  That is true and useful – you can picture the system in your mind and answer many multiple-choice questions knowing only this – but you would need to do the math to calculate the actual magnitude of the field at some given distance.

Think about geometry, and symmetry

There are two methods you can use to intuit the direction of an electric or magnetic field.  First, as we discussed in the last post, look at the collection of charges and currents and think about how its direction is defined.  For example, if you have an infinite sheet of charge, you can define the orientation of that sheet by giving the direction of a vector perpendicular to the surface.  It makes sense, then, that the electric field points along that vector, either straight out of or straight into the sheet of charge.

But let’s play devil’s advocate with this method a bit, and you’ll see how the second method – examining the symmetry of the collection of charges or currents – becomes very useful.  Let’s say you have an infinite line of charge.  Two students, Alice and Bob, look at the problem and come to two different conclusions.  Alice states that we should define the direction of the wire by taking the vector from the wire to our observation point, so the field should point radially outward from the wire.  Bob, however, says that the direction of the wire is plainly defined by a vector pointing parallel to the wire, so the field should also run parallel to the wire.

Who is right, and how can we tell?  Should we compromise and just take the cross-product of the two vectors?

Move the problem around in your mind

Let’s examine the symmetry of the infinite wire, which we can imagine runs horizontally from left to right.  That is, how can we move our observation point relative to the wire so that, from the observation point, the wire looks exactly as it does now?

Next, let’s try rotating the point around an axis running through the wire’s center.  The wire is assumed to be infinitesimally thin, so it looks the same from all sides.  This is rotational symmetry under rotation around the wire’s axis.

Those facts make sense, and might seem uninterestingly obvious to you, but what do they tell us about the electric field?

The translational symmetry says that there is no special point along the wire: the electric field 5 cm above the portion of wire directly in front of you is exactly the same, in magnitude and direction, as the field directly above a portion of wire 500 miles to your right.

These are useful truths, but they don’t help us decide between Alice’s interpretation and Bob’s.  The field could point along the wire, around the wire, or radially away from the wire at all points in space and still satisfy those two conditions.  Is there another symmetry we can use?

What if we step to the other side of the wire and then look at it from the observation point?  From our point of view, the wire that was coming in from the right is now coming in from the left.  Remember that there is no motion or current here, only static charge, so the situation still looks identical.  The field must also look exactly the same, so we can decisively rule out the cases where the field wraps around or runs along the wire.  Alice must be right: the field points radially outward from the wire at all points.

This symmetry brings up a fatal flaw in Bob’s argument: he says that we should define the wire by a vector pointing along it, but “along” it in which direction?  Should the field point to the left or right?  There’s no physical reason for it to choose one option and it can’t do both, so it must do neither and point straight outward.

How are magnetic fields different?

This reasoning works for electric fields, but what about magnetic fields?  What if the wire were not carrying a static charge, but a flowing current?

What about the third symmetry?  When we stepped to the other side of the charged wire, it looked the same, so we also wanted the electric field to look the same.  When we do the same to the current-carrying wire, the apparent direction of the current reverses!  If current was flowing from left to right, it is now flowing from right to left.

Therefore, the direction of the magnetic field should also be reversed under this rotation.  That means that the field either wraps around the wire or runs parallel to it.  Now we see that reasoning with symmetry isn’t perfect either; we can’t make a symmetry argument that tells us which of these two choices is correct.

Use symmetry and geometry together!

This illustrates the overarching point of these two posts: you need to consider both the geometry and symmetry in the problem to make an informed intuitive decision.

We saw in the last post, and we can recall from our discussion of the Biot-Savart law, that you usually can find the direction of a magnetic field caused by some current by taking the cross-product of the current’s direction and the vector from the current to the observation point.  Because the current flows along the wire, and c is always perpendicular to a and b if c = a x b, then we see that the field cannot also point parallel to the wire.

Therefore, we reach the same conclusion that we reached last time, and that you’ve doubtlessly reached in class: the magnetic field caused by a current-carrying wire wraps around the wire.

Solving the mystery from last time

At the end of the last post, we used the example of a ring of charge to illustrate how considering the geometry of a problem alone is sometimes insufficient.  Imagine you have a ring of charge, an electrified donut, and you need to find the electric field in the center of the hole.  For concreteness, let’s say that the charge is positive and the ring is lying on a horizontal table.

The donut’s orientation is defined by the vertical axis pointing vertically up through the center of its hole.  Rotational symmetry also confirms this; there is no special point along the outside of the donut, so why would the field choose to point in any particular horizontal direction?

Now, does the field point up or down?  Exactly as with the charged wire, we can choose to look up at the ring from the center or down at the ring from its center.  Since the ring looks identical from either perspective, the field must also look identical from either perspective, neither up nor down.  Since symmetry prevents the field from pointing up, down, or to the side in any direction, we conclude that the field must be exactly zero at the center of the ring!

Symmetry can give us a complete picture of what’s going on!  If the ring is positively charged, then the field points up above the center, down below the center, and is zero at the center.

Build your intuition – use geometry and symmetry

By thinking both about the geometry and the symmetry in a problem, you can use your physical intuition to draw some powerful conclusions about the problem’s solution.  Think of this approach in analogy with the technique of dimensional analysis.  You need to look at the numbers or vectors given to you in the problem.  You also need to manipulate them so that the numbers’ units or the vectors’ symmetry properties behave the way logic says they should.  If you work on building up this intuition, physics will become much easier and more fun for you!