In my last two posts I discussed broad strategies for the SAT essay section, and then some specific tactics to help you write the essay quickly, efficiently and without panicking. In this post I want to focus more closely on the actual sentences and the structure of your prose, and give you some idea of what the graders are looking for. 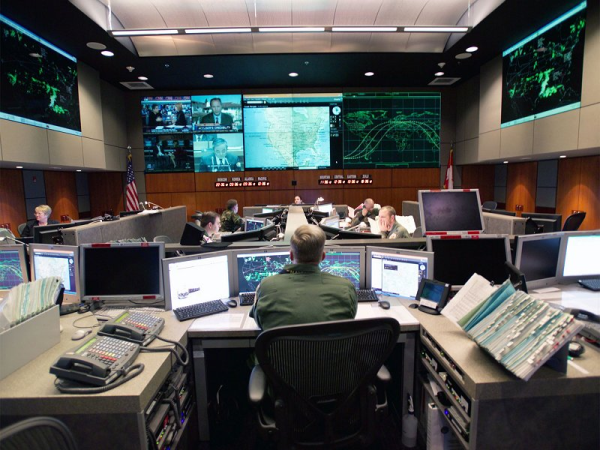 Deep inside the belly of the College Board

Yes, the graders: those mysterious and shadowy officials in suits, deciding your fate with slashes of a red pen in some windowless bunker deep underneath a top-secret military compound in Nevada.

Actually the graders aren't so mysterious or shadowy. They're normal people with professional experience writing and teaching, whom the College Board hires to grade your essays. They are not out to get you. In fact, they are encouraged to look for the virtues of your essay, rather than punish its flaws. They are also given pretty clear guidelines for what to look for and how to grade; guidelines that have, thankfully, been shared with us ordinary mortals.

I discussed some of the guidelines in my previous posts, and some of them are fairly obvious, such as keeping your essay mostly free of grammatical mistakes. But two of the guidelines are a little less obvious, while still being fairly easy to develop and achieve, and these are what I want to talk about in this post.

The first of these guidelines say that your essay should "exhibit skillful use of language, using a varied, apt, and accurate vocabulary."

What does this mean? Contrary to what you might think, it doesn't mean you should always spring for the five syllable word or flowery phrase, although the occasional fancy vocab word won't hurt if you've got one up your sleeve and it's appropriate. Driving a "combustion-engine-powered motor-coach" in your essay won't score you any more points than driving a car, and a “gent with nefarious malintent" is just as useful to your essay guy who is mean. What you really should be aiming for is to make your vocabulary specific and vivid, particularly the verbs. Did you just "go" to the store, or did you "stroll" there, or "drag yourself" there? Was it "hard" to read the book, or was it "tedious" and "exhausting", or was it "challenging"? Use words to specify your meaning as precisely as possible. And if you can avoid it, don't hide the action of the verb in the passive voice, as in "It was heartbreaking to see him". The main verb in that sentence is "was", which is, frankly, a boring word. Put the real action front and center where it has more punch: "It broke my heart to see him". "To break" will grab the readers' attention more than "to be", and will give your whole essay more personality. Basically, the point is: try to use words that really describe what's going on and make it more vivid, rather than just refer to what's going on and leave it at that. This is how you can tell the difference between fancy words that are helpful to the essay and fancy words that are unnecessary.

The other guideline is that your essay should "demonstrate meaningful variety in sentence structure."  This actually means something quite specific.

Unfortunately it's a bit dry to explain, but it's quite important, so bear with me. In short, this guideline means that your essay should exhibit three kinds of sentences: simple, complex, and compound. A simple sentence isn't just one that's small or uncomplicated, it means a sentence that has one subject and one verb: "My mom went to the store", "A dog is a man's best friend", "I didn't know that". A complex sentence is a sentence with two independent clauses connected by what's called a "coordinating conjunction" like "and" or "but." Examples are: "I wanted to go to the store, but I didn't know where it was"; "I always thought he was a mean guy, and I never liked him." A compound sentence is one that has two clauses that are complete clauses but are not of equal weight. In this kind of sentence the clauses are usually separated by what's called a "subordinating conjunction." Subordinating conjunctions can be words like "although" or "nevertheless", and an example of a compound sentence would be something like "I had never been to that store, although I had wanted to go for a long time." The second clause, the one that starts with "although," could technically stand on its own as a sentence. But you wouldn't really get the full force of the meaning without the first clause as well. The two clauses are not just related, they work together; one supports the other, defines it, colors it in.

The good people who grade the SAT essay want to see that you can use all three kinds of sentences. This is partly because they want to see that you have versatility, but also because using all three kinds of sentences gives your writing an air of maturity and sophistication that is valuable and that comes across well. Sometimes a short sentence is good. At other times, however, it's best to use a longer, more complicated sentence, because that's what the occasion really calls for. See what I mean? The last two sentences are a living example of varied sentence structure.

I know this seems like a lot of information. In fact, this blog post itself is about as long as your essay will end up being! But don't lose heart. With a little bit of practice you can make a big improvement, especially with an SAT tutor there to help point out where your sentence structure could be varied, or where your vocabulary could be made more vivid. Once you get the hang of it, then on test day, when the timer is ticking, you'll know just what to do. The essay will feel like a familiar and easy chore, and the graders will seem like old friends.