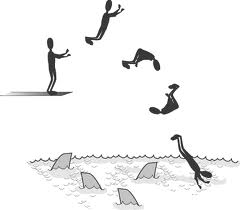 Because MCAT physics often relies on calculation, this part of the physical sciences section of the test often produces an outsize level of anxiety in students. As an MCAT tutor and Physics tutor, I can help you overcome your anxiety around this section of the MCAT. Consider this the first in a series of indeterminate duration and frequency that will help demystify those concepts that might come in handy on the physics section during test day.

Translational motion, for the sake of the MCAT, means that something is moving in at most two dimensions, without spinning. This motion can be broken down by describing velocity and acceleration in the X direction (left-right in a model on a page) or Y direction (up-down on a page). Velocity is calculated as distance divided by time, while acceleration is the change in velocity divided by the time it takes for that change to occur.

For example: A car that travels sixty miles in one hour has a velocity of 60 miles/hour. A car that goes from zero to sixty miles per hour in 4 seconds has an acceleration of 15 miles/second2. (Note: the units line up! A speed [distance/time] divided by a time gives you units of distance/time2!)

There are four formulas with respect to translational motion you should absolutely have memorized on test day. They are:

It’s easier to understand these equations if you have some idea where they come from:

The first equation breaks down how much distance an object covers into two components: velocity and acceleration. The distance due to initial velocity is simply velocity multiplied by time (a car going 30 miles per hour for 2 hours travels 60 miles [30 miles/hour x2 hours=60 miles]).

The second component is acceleration. Because acceleration can add a lot of speed to an object really quickly (and more accurately, because that's the way the calculus works out), acceleration gets multiplied by time SQUARED, and divided by 2.

This equation comes in handy when acceleration is unknown. Suppose you know the starting and ending velocities of an object, and the time of motion. All this equation says is that the distance travelled is the AVERAGE of those two velocities multiplied by the time!

This equation is very useful when time is not given, but acceleration and distance are not. It’s a little more difficult to understand intuitively, but if its helpful, it can be derived by solving equation (2) for the variable t, and then substituting that expression in for t in equation (3). Basically, if you know an object’s initial velocity, its acceleration, and distance travelled, you can calculate its final velocity!

As you continue to do practice problems, you’ll notice that the VAST majority of MCAT translational physics problems are simply these 4 formulas applied with little variations.