Biology and Chemistry Tutor: Of Acidity, pH and pKa 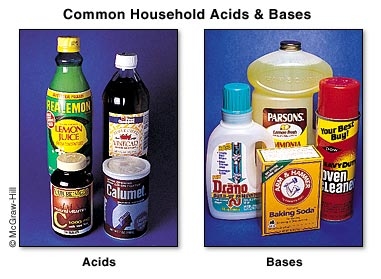 When it comes to the advanced science classes you will take in college, there is usually a clear distinction between the kinds of material covered in each of them. For example, the material you cover in biology classes is quite different than that covered in chemistry classes. However, there are some topics that know no boundaries.  Today, our biology and chemistry tutor explains how the concept of acidity applies to both disciplines.

Having served as a teaching fellow and tutor for several biology and chemistry classes and courses, I know that the concepts of pH and pKa are some such topics. You might have seen these terms in one of your chemistry books and therefore might be tempted to think they belong uniquely to the domain of  chemistry, but you’d be wrong.  Biology has a lot to do with pH and acidity (and chemistry in general).  Enzymes and proteins are active only under certain pH conditions and the nature of the surrounding environment (acidic or not) has a direct and strong influence on biological reactions. So let’s go over these very important concepts together.

An acid is a molecule that gives up a proton. Once an acid has given up the proton, it is said to be “deprotonated”.  Below is the formula describing the protonated and deprotonated state of an acid.

The right side of the arrow represents the deprotonated state, whereas the left side represents the protonated state.  A- is called the conjugate base of acid A-H.  But note that this equation focuses only on the acid being deprotonated and it makes it seem like this is happening in isolation. This is not quite true-to-life and its reactions happen in an aqueous environment, which means we the equation above is missing a very important player: water.  So, let’s fix the mistake and represent the equation the way it actually happens.

Now, let’s talk a bit about the kinetics of this reaction. Based on what you know about kinetics, you can probably write an equation of the Keq for this reaction.

The new equation tells us that the smaller the pKa, the stronger the acid and the bigger the pKa, the weaker the acid. Also note that when the Ka changes by an order of magnitude, the pKa will only change by one unit.

However, when we talk about an environment, we rarely talk about pKa or Ka. Instead we talk about acidity. The acidity of a solution or environment refers to the concentration of protons in solution, which in turn depends on the strength of the acid present in solution. The stronger the acid, the more protons there will be in solution, and the more acidic the solution.  However, the concentration of protons can very small or large too, which leads scientist to use pH instead.

Using the same reasoning as in the pKa case, the higher the concentration of protons in solution (strong acid), the lower the pH and the more acidic the solution.

Be careful to keep pKa and pH separate. They certainly affect each other, but they are not the same thing. pKa is inherent to an acid and remains the same whatever the pH of the solution. pH on the other hand only describes the concentration of hydronium ions in solution. Said in another way, pH is a reflection of a solution whereas pKa is a property of a molecule.  In fact, there is an equation that clearly describes the relationship between pKa and pH, and it is called the Henderon-Hasselbalch equation.

As a science student, you should get to know this equation and be comfortable using it.  This equation, and the concepts covered here, will be very useful in helping you succeed in the advanced biology and chemistry classes you end up taking.