The ACT Tutor: Everything You Need to Know About the ACT 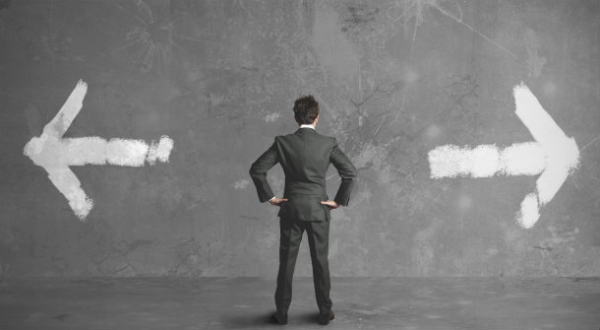 Last year, for the first time ever, more students nationwide took the ACT instead of the SAT. Once looked on as the less-rigorous test, the ACT is now given equal weight by colleges, and has become so popular that the College Board, creators of the SAT, has moved to overhaul its entire test in order to more closely mirror the ACT. But to many people, what the ACT is--and why you should consider taking it--is still a mystery. Today, our ACT tutor explains what you need to know.

What is the ACT?

The ACT is widely-known as an alternative to the SAT, and a popular myth about the test is that it is a back-up option for students who do not do well on the SAT or do not test well generally. In recent years, however, the ACT has rapidly gained popularity with test-takers and legitimacy in the college admissions process. In 2011, the number of ACT test-takers surpassed the number of SAT test-takers for the first time. All four-year colleges and universities now accept the ACT, although it remains a good idea to do further research about the emphasis any particular college places on each standardized test (the best and simplest way to do this is to consult statistics for students accepted to that school in recent years). The recently announced changes to the SAT test, in fact, are very likely due in part to the growing popularity of the ACT.

Should I Take the ACT or the SAT?

The ACT should therefore be understood less as an alternative for those who do not well on the SAT, and more as an equal option. A student’s choice as to which test to take should depend primarily on how their individual strengths and weaknesses calibrate with the format of these two tests. One-on-one tutoring can often help with this decision. An ideal approach is often for the student and tutor to start out working closely with material from both tests. This preliminary work will help to gauge which test will work best for the student. However, certain differences and similarities between the tests themselves also can provide guidance in a student’s decision.

The ACT is a shorter test, but its individual sections are longer, and the student is asked to focus on a single subject for an extended period of time. The SAT jumps back and forth between multiple sections each in Critical Reading, Writing, and Math. The ACT, asks the student to complete all the English questions, then all the Math questions, and so on. A student’s learning style, and the methods that best help them focus, should therefore be taken into consideration.

The ACT is often described as being closer to an academic test than the SAT. A common comparison states that the SAT tests how well one does on standardized tests, while the ACT tests one’s classroom knowledge. That description isn’t entirely reliable, but it’s still a useful way to think about the tests. Although both are primarily multiple-choice tests and therefore a student must utilize strategies such as process of elimination, the SAT relies much more on tricks and logic puzzles than does the ACT. Students who pick up test-taking strategies easily and enjoy gaming out approaches to a test may do better on SAT, while students who excel in memorization and reading comprehension may prefer the ACT.

Differences Between the Two Tests

One major difference between the two tests is the ACT contains a science section, and the SAT does not. Many students and parents therefore assume that the ACT is meant only for students who are extremely strong in science. This perception, while logical, is not actually true. Because the ACT is offered to students from a variety of grade levels, in a variety of schools, and coming from a variety of curricula, it cannot test any one area of science in depth -- in short, the science section cannot be an actual Biology test or an actual Physics test. The science section in fact mainly tests reading comprehension. The key skills for the test are to do with locating the key information in a text, and interpreting charts and graphs.

How Do I Prepare for the ACT?

The many other differences and similarities between the two tests can be explored in more depth through one-on-one tutoring, and through a discussion between a family and their tutor. As the ACT grows in popularity, giving time and consideration to the decision between it and the SAT should be a key part of any student’s college application process.