MCAT Tutor: Getting over Test Day Nerves for the MCAT 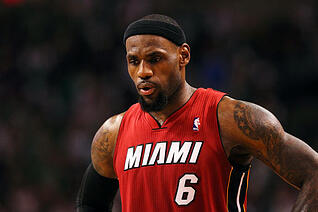 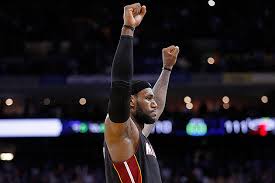 Lebron doesn't let nerves get him on game day.

One of the most frustrating things about the MCAT is how many people get derailed by performance issues. As an MCAT tutor, I can’t tell you how many students I’ve personally met who were scoring in the mid-thirties on their practice tests, only to score below a thirty on their actual test day. This can be incredibly demoralizing, as students begin to doubt if they really learned the material or if their study materials were adequate.

The goal of this post is to give you some strategies to cope with test day anxiety. While these are my MCAT test tips that I give to my MCAT tutoring students, most of them apply to all standardized tests, and you’ll find them useful no matter what standardized test preparation you are undertaking.

1. For the MCAT in particular, make sure you’re using the AAMC official practice tests to study.

Many private tutoring companies have put together their own tests, and they’re not bad. In fact, I know some of the folks who’ve worked on putting those materials together, and they’re smart people who are doing their best. But as a wise woman once said, “Ain’t nothin like the real thing, baby.” The AAMC tests are the only way to accurately gauge how well you’ve actually learned the skills and content necessary to do well on the MCAT. If you can do well on a practice AAMC test, you can do well on the actual MCAT.

If your test is scheduled for eight in the morning, wake up early and treat the test the way you would on test day. If you’re going to drink a red bull before you start (not an awful idea, by the way), drink a red bull before you practice. If you’re going to eat a banana after physical sciences section, eat a banana after your practice section. Don’t take your practice test in a crowded coffee shop; take it in quiet library. Take realistic breaks between sections; don’t watch an episode of Game of Thrones in the middle of your test. If you simulate test day as closely as possible during your MCAT prep, you’re more likely to avoid surprises.

3. Embrace your fight vs. flight response.

Test anxiety is not neccessarily a bad thing. The reason your heart is racing and you have butterflies in your stomach is because you recognize how important this day is. That’s ok! “I’m so nervous!” doesn’t mean, “I’m going to do terrible!” Embrace this excitement and use it to help you stay laser focused on your test. To make an analogy, this week, LeBron James, one of the best basketball players in the world, will play in his fifth NBA championship. I’d bet you a dollar that he’s more nervous than he usually is, and that’s what lets him take his game to another level.

Remember: You are the LeBron of the MCAT. NOW GO DOMINATE!