The ACT Tutor: ACT Math vs SAT Math--What's the Difference? 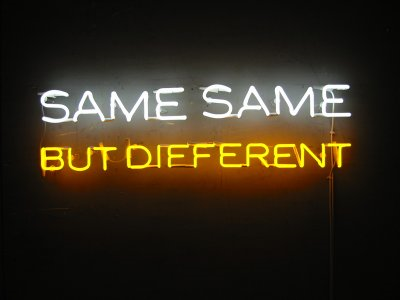 One of the first questions parents and students face when beginning the college application process is, “which standardized test do I take?” As the SAT and ACT are now equally accepted by colleges and are equally popular options for students (if anything, the ACT is more popular now), the choice between the tests falls to the individual. I’ve blogged previously on the big-picture differences between the SAT and ACT, but this post will be the first in a series on the differences between the individual sections of the tests. In general, I don’t believe the two to be as different as they’re often made out to be. Studying hard and working diligently with a dedicated ACT or SAT tutor will still always be deciding factor in one’s score. Whatever test you choose, your approach to the test far is more important than which test you actually take.

That being said, there are some key differences between the SAT and ACT, and being familiar with these may help students and families make easier and more informed decisions. Today, we’ll examine the Math section.

Perhaps the biggest difference between the two tests is that the ACT proceeds in longer sections covering each topic all at once. The SAT consists of smaller sections, returning to each topic two or three times, so one is forced to rotate around the sections as if the test were some kind of mental crossfit. The ACT contains one Math section, which is one hour long and consists of sixty questions. As on the SAT, the Math questions proceed from easiest (question one) to hardest (question sixty).

The ACT does in fact cover slightly more advanced math than does the SAT, at least when it gets into the higher-numbered questions. Unlike on the SAT, trigonometry is covered, as is more advanced coordinate geometry that will require skill and familiarity with a graphing calculator. The ACT requires knowledge of the unit circle, which the SAT does not.

However, the standard idea that the ACT is about substantive mathematic knowledge while the SAT is about strategies and workarounds is mostly a myth. Both tests require basic knowledge of the mathematic concepts tested, and both tests rely heavily on logic questions. You are just as likely to see numerous questions on the ACT that appear difficult but can be solved by thinking logically, rather than by doing any complex equations. In both cases, it is crucial to prepare a review of the mathematic concepts tested and to practice strategies for the logic-based questions on the test simultaneously.

As the ACT is one long section, it is more likely that students who have difficulty focusing or easily experience test fatigue may flag in the later questions. There are numerous strategies that can be learned to manage one’s time better and avoid these issues. As the Math section is the longest of the ACT sections, time management is crucial. While sixty questions / sixty minutes seems to obviously break down to one minute per question, in actuality it’s better to structure one’s use of time with regards to the difficulty of questions, learning how to move quickly through the early questions and allow extra time for the later, more difficult ones.

The Math section of the ACT can seem daunting, but can be approached logically and conquered with the help of one-on-one tutoring and familiarity with the test materials. If you think you still need help, consider reaching out to Cambridge Coaching! Our expert tutors are the best in the business, and will guide you through the entire process to help you get the score you need.