ACT tutor: What's the Science Section About on the ACT? 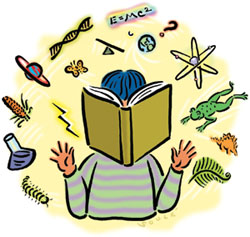 Not a science person? That's OK on the ACT.

In this post, we’ll continue a section-by-section analysis comparing the ACT to the SAT. As both tests are now equally weighted and equally accepted by colleges, the choice between them falls to the student’s own strategy and preference. Although the differences between the two are less stark than much reporting on the tests would have students believe, a familiarity with the specifics of each test is still an important tool in a student’s decision-making process. We’ll be going over the two tests, doing side-by-side comparisons of each section, to give an idea of how preparation for each may differ.

In previous blogs on this subject, we’ve covered the Math and the Essay sections. These sections are generally more similar than different. The section in which the two tests most diverge, however, is the Science section on the ACT. This section does not have an equivalent on the SAT, as the SAT does not cover science. For this reason, the ACT is often thought of as being right only for students who are very strong in science.

However, that’s not actually the case. The Science section is much less difficult than it appears, and is one one of the sections on the test most similar to the SAT in approach and question type. It does not require a mastery of numerous subjects in science, or a particular academic strength in the area. Instead, the section tests logic and reading comprehension. It is similar in that way to the Math sections on the SAT, in which many questions can actually be solved by logic. Because the ACT is administered to a large number of students whose year, age, and high school science curriculum vary wildly, it cannot test hard knowledge of any one subject, or focus closely in Physics, Biology, or Chemistry. The test is designed to touch on all three, while remaining accessible to students who have not taken one (or more) of these subjects.

What are the facts?

The Science section is 35 minutes long and contains 40 questions, broken into six or seven small sections. Each section is based on a set of data, usually involving multiples charts and/or graphs as well as a few dense paragraphs of information on the experiment presented.

Some more difficult passages will give few or no graphs and rely only on extensive text. There are three types of questions on the test, presented here in ascending order of difficulty:

2. Research Summaries: Research summaries ask the student to analyze that data or apply it to a related question about how it could be otherwise understood or used.

All of this can be done with careful close reading and analysis, the same skills necessary for the Reading Comprehension sections of both tests. In fact, the skills that the student will practice with their ACT tutor in approaching the science section more closely resemble those for Reading than for Math. Working on the science section, a standardized test preparation tutor can help their student to apply Reading Comprehension skills to charts, graphs, and statistics in this section of the test

The Science section therefore shouldn’t discourage students who are not strong in science academically from taking the ACT. Preparation for this section in one-on-one tutoring is equally crucial for students at any level in their science classes in high school, and can be equally effective for any student who commits to studying the material and learning the most useful strategies with which to approach this section.