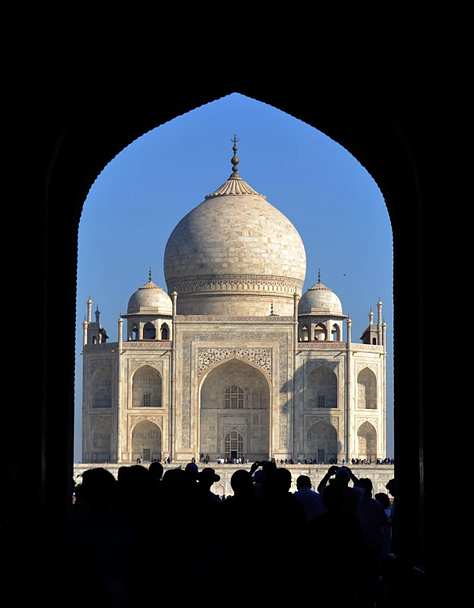 In physics as in photography, framing is key.

Welcome back to our series on handy physics tips and tricks!  In our last few posts, we looked at how educated guessing and comparisons to the real world can help bolster your faith in your answer.  Although useful, these tricks will only help you check an answer you’ve already found, but they cannot help you do the rigorous math more easily.

In this post, let’s look at the frames through which we view physics problems and the ways in which choosing the right frames might simplify the problem-solving process.  First, we look at a rhetorical frame.  How is the question presented?  Will reimagining the problem with more vivid or intuitively accessible imagery or physical quantities help us picture the situation more clearly?  Next, we look at the problem’s frame of reference.  Where do we put our axes and are those axes moving?  Will a wise choice simplify the math significantly?  Let’s find out!

They give you the problem, but you choose how you view it

What are the frames through which we view this problem, and how do they impact the methods by which we solve it?  First, there’s the language itself, with “Car A,” “t = 0 s,” and the rest; the problem is stated precisely, but I almost fell asleep reading it. The writing itself encourages a straightforward, mechanistic approach (or for some, instant drowsiness) instead of a more intuitive approach.  You can express the positions of Cars A and B as functions of t, then you solve for the specific value of t that gives the same position for both cars.  It’s an effective method and not too difficult, but is there a more elegant way? 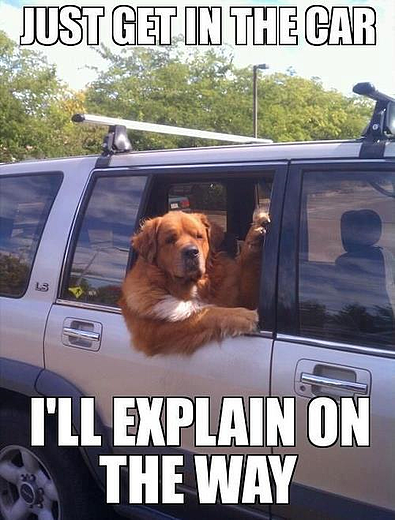 Form a vivid picture of the problem

Let’s recast the problem in a way we can more easily imagine.  Forget Cars A and B traveling along some abstract line, the platonic ideal of a road.  You are in riding in a car that is barreling down a long, flat stretch of Kansas highway at 65 mph.  You see another car one mile ahead of you that is poking along at 60 mph.  How long does it take you to pass the other car?

This more vivid description, of gradually overtaking a car that traveling slightly more slowly, can be pictured instantly.  Change the units if you want; no one, even in countries that use the metric system, thinks of car speeds in units of m/s.  Place yourself in the problem at the position that feels like the most natural vantage point; are you in the fast car, the slow car, or standing by the side of the road?  Feel free even to change around the numbers if it helps you form a clearer picture; our goal is to understand what’s going on in an intuitive way, and we will plug in numbers at the end of this process.

Pick the easiest reference frame for the problem

Besides offering a more vivid picture, why else does my restatement of the problem seem like an easier question to answer?  The question seems easier because, in forming our mental picture, we implicitly chose a reference frame that enables us to view the problem more clearly.

The problem as originally stated encourages us to use the reference frame with a fixed x = 0 point, which is also called the “lab reference frame.”  Using the lab reference frame is like picturing the action from the point of view of someone standing beside the road.  One car blows by you at 65 mph, and farther down the road, there’s another car that’s traveling at 60 mph.  It’s hard to picture clearly how the two cars will converge many miles down the road.

Instead, we chose to put ourselves in the overtaking car.  From this point of view, our car is not moving at all and the other car is slowly moving backward.  In this moving reference frame, we don’t care about the cars’ absolute velocities, the velocities relative to the ground that show up on the cars’ speedometers, but about their relative velocity, the velocity of one car relative to the other.

We can thus rephrase the question even more simply: If your car is closing in on the car ahead of you at a relative velocity of 5 mph, how long does it take for you to close the mile-long gap between the two cars?

Realizing that an object moving at 5 mph must take 1/5 of an hour to move 1 mile, we immediately see that our answer is 1/5 of a mile, or 12 minutes.  We can easily apply this method to the original statement of the problem, where we close a 500 m gap at a relative speed of 2 m/s.  In this case, the answer is 250 s, or a little over 4 minutes.

This ease advantage is an appreciable help on your high school or college physics homework, but it’s a huge advantage on the physics SAT or GRE, where speed is of the essence.  How long did it take you to divide 500 m by 2 m/s, and how long would it have taken you to work through the first solution method I proposed?  Would you have had equal certainty in both answers? This is something a physics tutor can always help you with, but it’s important to be able to handle it yourself, too.

Picking the right frame isn’t just a trick to best the test.  The habit of pausing for a moment to consider reframing a problem in an easier way will serve you well throughout your physics career.  In all levels of physics, we try to take the shortest possible path to the answer we want.  In graduate-level atomic physics classes and modern theoretical research papers, for instance, we speak of considering atom-light interactions “in the rotating frame of the atom.”  The physical system and specific equations are different, but all we’re saying, in effect, is, “Let’s make our lives easier and ride in the car.”