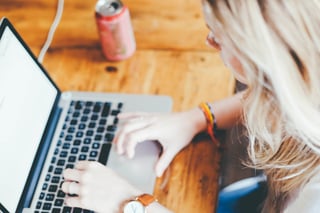 How Does NMR Work?

NMR is based on the principal that certain isotopes of atomic nuclei have an inherent spin state. Chemists are particularly interested in the nuclei 1H, 13C, 19F, and 31P, which all have a spin state of ½.  On its own, a spinning nuclei generates a magnetic field and consequently a magnetic moment (μ). If an external magnetic field (Bo) is applied, the nuclei will either align itself with this magnetic field (lower energy, spin +½) or against it (higher energy, spin -½). When radio waves are applied to the nuclei, those in the lower energy spin state can use the energy from the radio waves to jump up to the higher energy state. The observed result then is either an absorption of energy or a release of energy as the nuclei relaxes back to the lower energy state (spin +½). Depending on the chemical environment of a particular nuclei in a molecule, the effective magnetic field might be “felt” differently, resulting in variations in frequency absorption for each atom in a molecule. Thanks to modern technology, the Fourier Transform method can excite all nuclei in the molecule at once, and a computer can analyze the results and provide a spectrum to the user.

This seems like a lot of theory and physics…what does this have to do with my orgo class??

Although the theory behind NMR may seem complicated, the actual output (i.e. NMR spectra) can be straightforward to interpret, and most organic chemistry students (YOU) will have to be comfortable using them for structure determination.

The output of the frequency absorbances for all the same nuclei can be plotted as a series of peaks called the NMR spectrum. These peaks each have their own multiplicity, or splitting pattern, depending on the neighboring nuclei. The units are in parts per million (ppm), and each peak in the spectrum has a unique chemical shift (δ). The lowest point of the spectrum is traditionally on the right hand side of the spectrum with chemical shifts increasing towards the left (called “downfield”). 1H NMR spectra are usually in the 0-12 ppm range, while 13C NMR spectra are in the 0-200 ppm range. Each functional group in a molecule will have a characteristic chemical shift in the NMR spectrum. These values are useful to know or have access to when trying to interpret an NMR spectrum  (ie table of chemical shifts, and perhaps a sample nmr spectrum). 1H NMR is quantitative, meaning the peaks in the spectrum can be integrated, and this sum will correspond to the number of hydrogens represented by that peak. 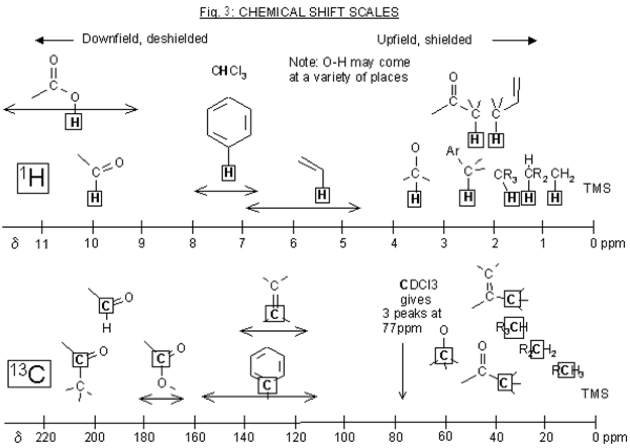 This is the prerequisite information that you'll need to know when reading Part II, which is how to solve an 1H NMR spectrum.  Stay tuned for the next post to learn more!

Interested in setting up a time to talk with Madalee?

Here are the sources for part 1 of this post: