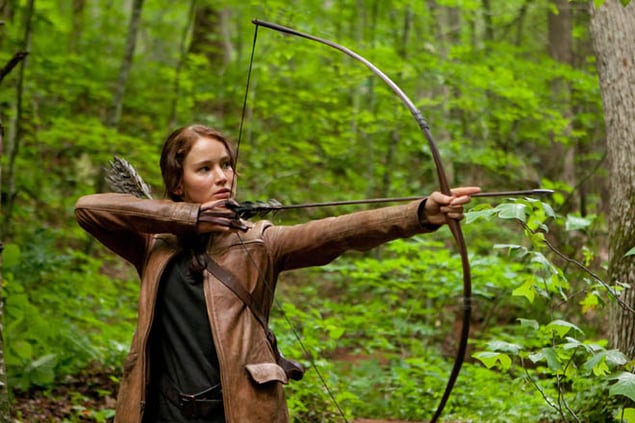 Come on, it can't be that hard... can it? [image source: Hunger Games]

Chemistry is confusing enough with IUPAC nomenclature procedures to know, and the difference between E/Z and cis/trans alkene descriptions, and so many other new terms, models, units, and symbols. But the most common and important symbol in chemistry is the arrow.

Many students learn their arrows incorrectly and never manage to correct themselves, losing points on lab report after lab report for semesters or even years. Your graders aren’t just pedantic – they’re right. (Maybe also pedantic. I certainly am.)

Why are arrows important?

Knowing the conventions for chemistry arrows is important for communicating meaning in a universally understood way. Imagine if your teacher wrote ✕ next to every homework answer to mark completion for the problem – you would think that you did miserably! So graders tend to use ✓ for correct answers and ✕ for incorrect answers because most people understand what these symbols mean. Similarly, using correct chemistry arrows will help you avoid confusion.

To help you use and recognize these symbols, I’ve provided a guide to common arrows in chemistry and broken them up based on the course you’re taking. 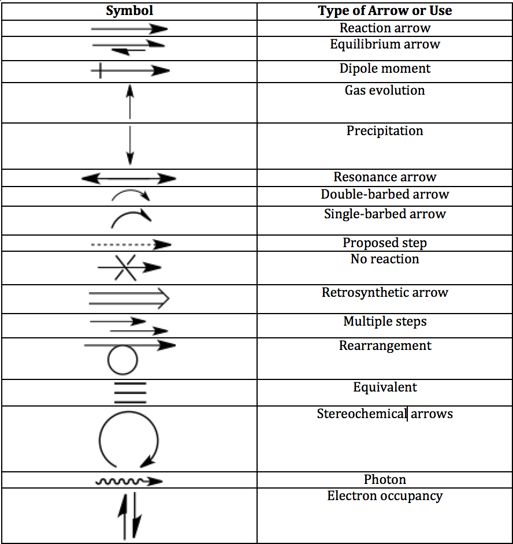 This is the most basic arrow that shows reactants on the left and products on the side.

The equilibrium arrows mean that the reaction is reversible. In the example provided, a general acid-base equilibrium, the acid will gain and lose protons in solutions. This doesn’t mean that the rate of reactions in either direction is zero; it just means that they are equal and opposing. 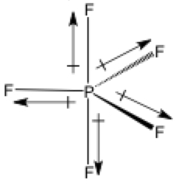 An upward vertical arrow represents formation of a gas. The gas is floating up and away, hence the up arrow. These arrows are often omitted, especially if the physical state of the products is specified.

A downward vertical arrow represents formation of a solid precipitate in solution. The precipitate is falling down towards the bottom of the reaction flask where it will settle, hence the down arrow. These arrows are often omitted, especially if the physical state of the products is specified.

The resonance arrow is very commonly mixed up with the equilibrium arrow. The resonance arrow is double-headed with two barbs while the equilibrium arrow is double-arrowed with half-barbs. Resonance arrows are commonly used with brackets around all possible resonance structures, but not always. These two structures of benzene are in resonance – they are drawn as separate structures but really exist as a combination of the two at the same time. If this is confusing, just recognize that the molecule is never really one or the other for a stable amount of time. Resonance can include many different structures, each contributing different amounts to the actual electronic structure.

You should make sure that you know the arrows used in general chemistry, too, since they’ll continue to be used in your organic course.

The double-barbed arrow is a curved arrow showing the movement of an electron pair; it’s used often in drawing organic chemistry mechanisms. Remember that the arrows show electron movement and point towards where the electrons are going. Electrons can be in the form of lone pairs or the two electrons that form each bond.

It’s a common error to use the double-barbed curved arrows incorrectly. Do not accidentally use the double-sided arrow to represent movement of anything else besides electrons, especially positive charges. Only electrons. Electrons! In this example, these two structures happen to be in resonance too.

A dashed-line arrow represents a proposed step in a synthesis. The reaction might not work – you need to do the experiment to find out! These are more often used in real life planned syntheses than your classroom.

The arrow for no reaction can be an arrow with a cross through it (as seen in the table) or double lines. It shows a reaction that does not happen, and it is commonly used to illustrate mistakes. Another reason that you’d want to show a reaction that doesn’t work is to explicitly list reactions that should work theoretically but don’t pan out in real life.

Multiple stacked arrows facing the same way represent several synthetic steps being completed without specification. This allows you to show the very first starting materials and the final product without showing all the intermediates in the full synthetic path. It’s often seen in the long syntheses of natural products.

The rearrangement arrow has a loop in the middle to represent the rearrangement of bonds. This arrow isn’t used too often, but it may appear. It is simultaneously a normal reaction arrow and shows the intramolecular movement of electrons within a single molecule. There are many named rearrangements such as this Claisen rearrangement, but rearrangements also often occur to stabilize radicals or carbocations. Note that rearrangements are not the same as equivalents (below) because they involve making/breaking bonds and not just rotating around an axis.

Three stacked lines are often used to show two equivalent structures that are drawn differently. It is seen when a molecule is redrawn to make the bonds appear to be better poised for reaction. If you look at the rearrangement reaction above, the equivalent structure on the right is much easier to recognize as the product of a Claisen rearrangement than the structure on the left.

It is also often used to show the same molecule in different structure drawing formalisms that include bond-line formulas, condensed forms, Fisher projections, Newman projections, and more. Make sure to keep in mind that bonds can only rotate around sp3 to sp3 bonds; pi bonds don’t rotate around. You may also see the standard equals sign used to show equivalence.

If you haven’t heard the phrase “Cahn-Ingold-Prelog priority”, you can probably skip stereochemical arrows for now. This first type of stereochemical arrow is used for the designation of S (counter-clockwise) or R (clockwise), starting from the largest group and going towards the smallest as assigned by priority rules.

In my examples, groups are labeled simply as small (S), medium (M), large (L), or hydrogen. The figure on the left shows a 3D representation of a molecule. The figure on the right shows a view looking down the axis of the C—H bond (dashed line; imagine the H behind the center vertex) with an arrow to show the direction of descending priority which happens to be S. 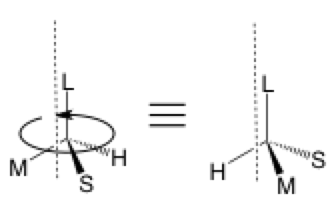 The second type of stereochemical arrow is used to show the rotation of a sigma bond around an axis which is, in this case, through the C—L bond parallel to the dashed line. It is often a flattened oval rather than a circle to give the viewer a sense of perspective. This arrow can be omitted since the two structures are equivalent and the equals sign would suffice, but it can be useful for self-tracking and so others can better follow your work.

The squiggled arrow represents a photon of light or energy being released. It is often used in the context of reaction arrows, movement between different energy levels (which you will cover in physical chemistry), and collision drawings (which are more nuclear physics). In this example, metastable technetium is releasing energy in the form of a gamma ray; without so much extra energy, it forms stable technetium-99.

The vertical half-arrows are seen in the context of orbital occupancy. Each half-arrow represents an electron and two can fit in each orbital subshell (represented by a labeled horizontal line). Two vertical full arrows are also sometimes used to represent electron occupancy.

Sometimes you will see similar arrows below a reaction arrow (rather than an orbital context) as a shorthand for the lab technique of refluxing.

For more relevant reading, check out these other blog posts written by our chemistry tutors in Boston and New York: How to Tell the Difference Between Bonds, The Basics of Retrosynthesis, andNine Tips to Get You Through Orgo. Looking to work with Cynthia Liu? Feel free to get in touch! Cambridge Coaching offers private in-person tutoring in New York City and Boston, and online tutoring around the world.