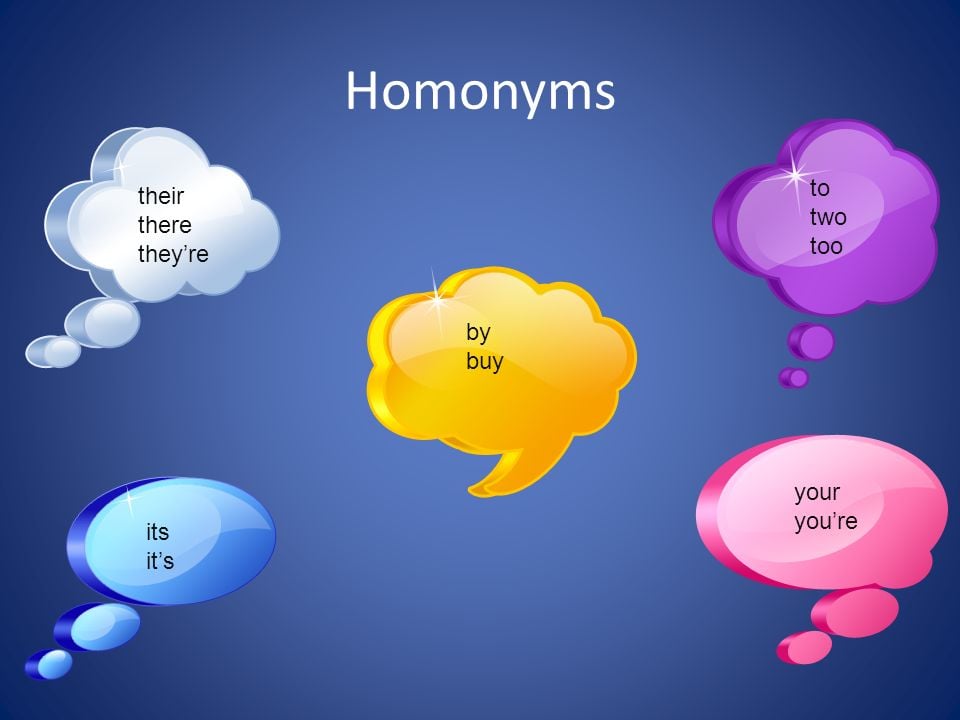 English is one of the languages in which spelling is a big deal. Spelling bees were created in English, and the concept is not present in other languages in which words are more often pronounced just like they look. In English, we have words that are pronounced the same but have different meanings and spellings (homophones). We also have a lot of words that are spelled the same but have different meanings; these words are homonyms, and they are the focus of this post.

Homonyms often arise because one spelling can function as multiple parts of speech, depending on the word it represents. For example, a rock is a noun, similar to a stone or a pebble. Rock music is a genre (described here by the adjective rock) made famous by groups like The Beatles, who still rock (as in the verb referring to playing rock music and, informally, to being awesome at doing something). It is said that rock n roll gets its name originally from an expression sailors used to describe the way ships used to rock back and forth (another verb), which was later used to explain the combining of already existing genres of music.

To roll, as a verb, means to turn over and over in a certain direction, like a wheel rotating or a child racing down a hill. In this sense, the subject rolls itself (it is a verb without an object), as in the baby rolled over onto his back. You could also roll something else to reverse its direction or position, in which case the verb takes an object: she gently rolled the baby onto his back.

A lot of card and board games require you to roll the dice. When someone says something sarcastic, you probably roll your eyes. If the sarcastic comment makes you laugh, you might roll on the floor laughing (sidenote: rotfl is now a recognized abbreviation in certain dictionaries).

Roll can be a noun too, in multiple ways. You could go to the bank to get a roll of quarters in order to pay for the laundry machine, or you could watch a roll of film in an old-fashioned movie theater. Many restaurants serve rolls before the meal – small, individual loaves of bread that you make by rolling out dough with a rolling pin. These are just some of many other examples that you may want to roll through on your own later on.

For now, the word set wins for the most definitions in the dictionary, at 430 as of the 1989 Oxford English Dictionary. You can set something down, and you can be all set to do something, like play a set of tennis. You could set a trap to catch some all-too-friendly mice and then decide to set them free. Maybe you’ll need to set some wood on fire to set up the s’mores on the beach once you set the date for your end of summer barbeque. If you don’t set a limit, this post could go on forever…

Following close behind set is the word go with 368 definitions. It is common to go out to the market to go grocery shopping before you go away for the weekend to that beach house where you have always wanted to go. When you’re there, you might decide to go on a summer diet of fresh fruits and vegetables, even though you could really go for a lobster roll (before the meat goes bad). Here it goes again with the never-ending list of meanings… go look it up if you don’t believe it, but it just goes to show that language can go in a lot of different directions.

Although set and go have long held these top positions on the list of words with the most meanings in English, they have not evolved as much as the new front-runner: run. The next edition of the OED, slated to come out in 2037, is expected to include 645 different definitions for the word run (according to the 2019 Insider.com article linked above). Before time and space run out here, I won’t run the risk of losing your interest by running off the first bunch of definitions running through my mind. For such a small word, though, it really runs the show!

*As fun as homonyms are, they should not be confused with homographs – words that are spelled the same but pronounced differently, such as lead (the verb that can mean to command) and lead (the metal).

And be sure to check out some of these other helpful blog posts below!

Breaking Down the Writing Process: 5 Tips