How to Choose for your Child: SSAT or ISEE? 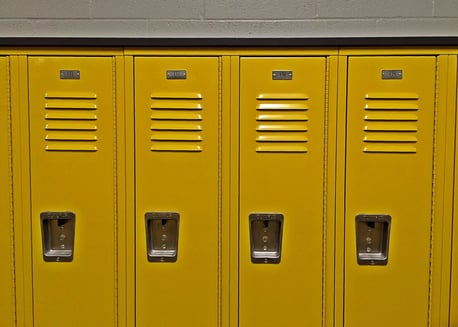 Applying to a private high school is similar in many ways to applying to a college, especially with college preparatory schools.  One thing is for sure: the process can be extremely daunting. The high school admissions process includes the application form, recommendation letters, a transcript, a tour of the school, an interview, a day of classes, and (perhaps most terrifying of all) several standardized tests.

The Secondary School Aptitude Test (SSAT) and the Independent School Entrance Exam (ISEE) are the two admissions tests used to determine placement into independent and private junior highs and high schools. They're also probably the first standardized tests your child has taken.  Choosing between these two options can be confusing, but we’re here to help.

First off, there has been a lot of discussion around which test is easier or which is more favorable for admission.  It is important to note that both tests are roughly the same length and have five comparable sections in verbal, reading, quant, mathematic achievement, and writing.  Both tests also have “out of context” vocabulary questions that tests the student’s knowledge of vocabulary.

You are also able to select which set(s) of scores you submit to schools on both tests.

The SSAT is only offered 8 times per year.  The ISEE, however, provides more test date options, but you can only take it once every 6 months – which is a serious consideration when working under deadlines.

How to Decide Between the SSAT and ISEE

What is the School Preference?

The number one consideration when making the decision between the SSAT and ISEE is what your child’s top schools require.  You should allow the school preferences to guide your decision and timeline.  If your schools have no preference and accept both tests, then it is critical for you to know the differences between the two...

Does your child do better with verbal or quant?

Does your child struggle with test taking anxiety?

As I mentioned earlier, your family can only take the ISEE once every six months, meaning the pressure is on for the student to do well for the first take.  Unlike the ISEE, the SSAT doesn’t restrict the amount of times your child can sit for it.

Is your child well-prepared?

The most critical piece of this decision-making process is building in enough time for your child to prepare for the test.  In building in extra time, it guarantees your child has enough diagnostic data from both tests to make a concerted decision.  Further, if you are opting for the ISEE, the one-time take won’t get in the way of your child being well prepared if your child has the requisite time to prepare and sit for practice tests.

Interested in getting set up with an SSAT or ISEE to make this process easier on you?