MCAT Statistics Crash Course: What Do I Need to Know? (Part I) 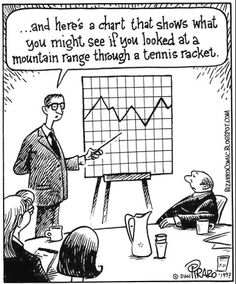 As most of you know, the AAMC has published an extensive outline of topics and skills assessed by the new MCAT (the complete guide can be found HERE). It is important to look at this list before you start studying a subject, and going back to it periodically to make sure you are on the right track. This list is not exhaustive, and only covers reasonably broad topics, but it is still quite useful in keeping your study plan focused.

Today, we’re going to be thinking about how to approach questions that ask you to understand and work with the data- these questions fall under the umbrella of  “reasoning about the design and execution of research” (more to come on “data-based and statistical reasoning!”). Graphs, figures, and tables have always been on the MCAT, but with the sociology and psychology content on the new MCAT there is a greater emphasis on understanding statistics per se, and being able to “work” with the data.

Below is the exact list from AAMC of what they want you to know (taken from the AAMC website: Design and Execution), and a crash course review to help you learn it!  Use this to guide your learning using statistics review books for what to really hone in on.

Reasoning about the Design and Execution of Research

(the text in bold is taken directly from the AAMC website!)

Identifying the role of theory, past findings, and observations in scientific questioning Identifying testable research questions and hypotheses Distinguishing between samples and populations and between results that do and do not support generalizations about populations Identifying the relationships among the variables in a study (e.g., independent versus dependent variables; control and confounding variables) Reasoning about the appropriateness, precision, and accuracy of tools used to conduct research in the natural sciences
Reasoning about the appropriateness, reliability, and validity of tools used to conduct research in the behavioral and social sciences Reasoning about the features of research studies that suggest associations between variables or causal relationships between them (e.g., temporality, random assignment)
Reasoning about ethical issues in scientific research


If you’ve never worked with statistics, don’t be overwhelmed. AAMC is very clear about where you should focus your studying, and you can always come back to this outline for some “non-scientific” explanations to concepts that you find tricky.

For more relevant reading, check out these other blog posts, written by our private MCAT tutors in NYC, Boston, and online: Gametoegensis on the MCAT, When Should I Take the MCAT?, and Getting an MCAT Study Buddy.