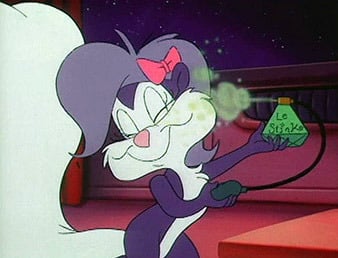 Last year, AP Biology students did a great job applying their math skills to the test. On average, 55% of math related question were answered correctly compared to 35% in 2013! That’s great news but there were still many questions that students struggled with such as free response Question 7 about odor perception.  This question gave students a particularly tough time with 70% of students earning 0 out of 3 possible points. So, let’s break this question down and review neuronal signaling.

Question 7 goes as follows and can be found here

Smell perception in mammals involves the interactions of airborne odorant molecules from the environment with receptor proteins on the olfactory neurons in the nasal cavity. The binding of odorant molecules to the receptor proteins triggers action potentials in the olfactory neurons and results in transmission of information to the brain. Mammalian genomes typically have approximately 1,000 functional odorant-receptor genes, each encoding a unique odorant receptor.

(a) Describe how the signal is transmitted across the synapse from an activated olfactory sensory neuron to the interneuron that transmits the information to the brain.

It is given that odorant molecules are binding to receptor proteins on the olfactory neurons and triggering action potentials. These action potentials are then transmitting information to the brain. Even if you don’t quite remember all the steps involved in olfactory transduction, that’s fine. 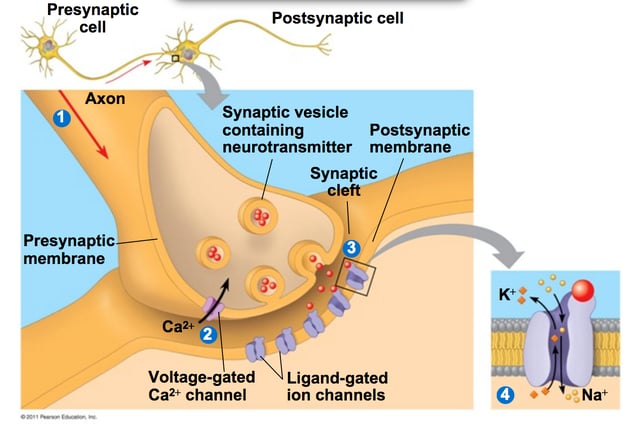 The statement tells us that mammalian genomes have about 1,000 function odorant-receptor genes encoding a unique odorant receptor. Remember that odorant-receptors genes = DNA and odorant-receptors = proteins. So how can 1,000 genes make receptor proteins that can recognize thousands more odors? Since we know that each gene encodes a specific receptor, one possibility is that an odorant molecule can be recognized by more than one odorant receptor. Similarly, one receptor can bind to more than one odorant molecule could also be an answer. Oftentimes in class you may draw receptors and neurotransmitters (ligand) using the lock and key model. It is important to note that more than one ligand can be recognized by the same receptor, although maybe at varying degrees! Thus, the combination increases the number of detectable odors.

Another explanation would be that different odors could activate different combinations of neurons whose signals are integrated by the brain to perceive different smells. Thus the multiple interactions of neurons in the brain can result in recognition of thousands of odors. A more advanced mechanism would include alternate splicing where one gene transcript can get spliced in different ways to produce more than one mRNA. This mRNA in turn can be translated into different proteins. This would lead to many combinations of receptors that could be produced from the same gene.

This question tests the conceptual knowledge about how a stimulus, like odorants, can generate a sensation that is then interpreted by the brain into a perception, like smell. The same basic principles can be applied to all the different types of sensory perception so let’s review how a stimulus generates an action potential.

External stimuli, such as heat, light, and chemicals, and internal stimuli, such as blood pressure and body position, are all forms of energy. This energy is converted into changes in membrane potential of their respective sensory receptors by opening or closing ion channels on the sensory receptor’s plasma membrane. This change in membrane potential is known as a receptor potential. These receptor potentials are graded and their magnitude varies with the strength of the stimulus.     A stimulus such as an odorant can bind to odorant receptors triggering a signal transduction pathway involving a G protein, adenylyl cyclase, and the second messenger cAMP.  The second messenger opens ion channels in the plasma membrane that are permeable to Na+ and Ca2+ causing an influx of these ions.

Biology Tutor: How to Remember the Steps of Photosynthesis