Step by Step Instructions on How to Solve LSAT Grouping Games: Part II 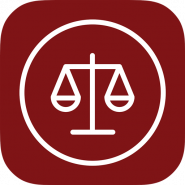 This post picks up where #1 left off– in that post, I covered setting up diagrams and rules for grouping games in the LSAT Analytical Reasoning section.

I had just finished setting up the diagram for the difficult Recycling Centers game from the June 2007 LSAT (Section 1, Qs 18-23), available on LSAC’s website at this link:

At this point, we’ve also committed to memory the rule that everything in group 2 has to be in group 1 (or, at least, we’ve gotten it close enough to memorized that the little arrow we drew makes it easy for us to recall the rule).

Let’s move on to the questions.

18) Which one of the following could be an accurate account of all the kinds of material recycled at each recycling center in Rivertown?

The first question for most logic games is something like this – a question asking which of the answers is logically possible. The easiest and quickest way to do this is a rule by rule process of elimination, working our way down the list of rules and seeing which answers they cut out.

The rule at the top on our diagram is W -> N: any group with W has to have N. Combing through the answer list, we see that cuts out answer A, where group 3 has Wood but not Newsprint.

Next, we have 1 P: only one group has Plastic. Answer E breaks that rule, so it’s out.

Then, we have [PG] X: Plastic and Glass can’t go together. That cuts out answer D, where group 1 breaks the rule.

Now we’re down to just B or C. Our next rule is the memorized one: everything in group 2 has to be in group 1. In answer C, Tin is in group 2 but not group 1, so that breaks the rule

So we have the correct answer: B.

19) Which one of the following is a complete and accurate list of the recycling centers in Rivertown any one of which could recycle plastic?

This question should make us stop and think before we dive into the answers, because we can recognize that we have a lot of information about this already.

Our interpolated rule for this game is that P isn’t in group 2, so that automatically cuts out any answer that includes group 2 – we already know P can’t be in there. Plus, our answer for Question 18 told us that P can be in group 3, because we chose a scenario in which it was.

That leaves us with only two possible answers, B or D, and only one piece of information we need: can P exist in group 1? All we need to do to answer this question, then, is try to come up with a scenario in which P exists in group 1.

So, we draw it into our diagram:

And then try to think of the easiest way this could be true. What jumps to mind for me is putting W and N in group 2 (and, by extension, group 1) – that way I know I’m not breaking the W -> N rule. Then I throw the other variables in group 3. Thus:

That’ll work. No rules broken, which means P can be in group 1. So the answer is D.

Here’s another stop-and-think question. When given a question like this, which essentially adds a new rule to our game, I always like to think first of the improviser’s adage: if this is true, what else is true?

If Center 2 recycles three things, then Center 1 must recycle the same three things – anything in Center 2 has to appear in Center 1, and each group can only have up to three variables.

So the answer is C. And we didn’t even have to look at our diagram.

21) If each recycling center in Rivertown recycles exactly three kinds of material, then which one of the following could be true?

This question is just the last question with a twist. It adds the rule that every group, not just groups 1 and 2, has exactly three variables.

But, we still know from it that groups 1 and 2 are identical; this question doesn’t change that part, it just says that group 3 has three things too. Since groups 1 and 2 are identical, we can immediately cut out any answers about either of them, because neither group can be the only one that has any particular variable in it – the other group would have to have it as well.

T is what I call an unencumbered variable – there aren’t any rules that say where it goes, so placing it somewhere doesn’t tell us much about what happens to the rest of the variables.

Saying that group 2 has to have three variables but can’t have P, W, or N is like fetch: it’s not going to happen.

So B isn’t possible. So the answer is D.

22) If Center 3 recycles glass, then which one of the following kinds of material must Center 2 recycle?

Here, we have to game out possibilities with one variable placed for us. Again, let’s think: if this is true, what else is true?

This question is going to take several logical steps. No sweat; it’s the hardest question on this LSAT’s hardest game, so it’s okay if it takes some time.

Start with the rules. If group 3 has G, it can’t also have P – that would break the rule [PG] X. But we know P has to exist somewhere, and we already know it can’t be in group 2, so we know it must be in group 1.

This also tells us that group 2 must have exactly two variables in it, because if it had three, group 1 would have to have all three of those plus P, which can’t happen.

So, let’s take a look at our diagram so far:

From here, we’re just going to have to play out the options. We need to choose a variable and try to group everything so that our chosen variable doesn’t appear in group 2. When we hit a variable we can’t do that with, we’ve got our answer.

Again, I turn to the trick of starting with the variables that tell us the most about the rest of the groupings – that is, the most rule-bound variables.

That sounds like it’ll work, but let’s check our diagram to be sure:

Next, try N – it’s the other rule-bound variable we have left. Let’s see if we can keep it out of group 2.

Aha! If group 2 doesn’t have N, W, or P, the two variables in it must be G and T. But those would then have to appear in group 1, which can’t have G.

This one has a lot of text, but in difficulty it’s a serious comedown from Question 22. We just have to add the parameter that the question requires (W is in group 1 and only group 1), and then fill in the rest of the diagram.

We know our rules well now, so we can move quickly. If this new parameter is true, what else is true?

Group 2 can only have two variables and they have to be identical to the remaining two variable slots in group 1 – just like last time. One of those variables has to be N, because W -> N means that N has to appear in group 1.

Slot T into group 3 because groups 1 and 2 are full, and we have our diagram:

Now, let’s check the answers and look for one that matches. We don’t have to look far. Answer A says that one of the groups should be P and T, which looks like our group 3 to me. So A it is.

Stick a fork in this game, it’s done.

These tactics – taking time on your diagrams, interpolating rules, starting with the most rule-bound variables, and asking “if this is true, what else is true?”– will help with any LSAT logic game. Using them, you can beat the Analytical Reasoning section.