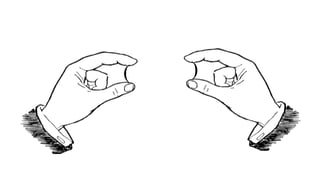 For a lot of students, parenthetical citations may seem like the bane of existence. You've just written a ten-page essay, you're happy with your argument and the conclusion you thought of in the middle of the night before it was due to submit, but you still have to check all the quotes. Especially in today's digital age, in which reading and copying text from countless sources is as easy as the touch of a button, the importance of correctly citing sources has grown, along with the potential consequences of neglecting to do so.

Here are a few rules of thumb for formatting parenthetical citations according to the MLA guidelines.

1. Put the last name of the author of the source, followed by a comma and the relevant page number, in parenthesis immediately following the closing quotation marks around the quoted text.

2. A quotation cannot stand on alone.

Many of my students used to drop a complete sentence quote in their essays, with the proper quotation marks around it but none of their own words to qualify the quote's significance. It is generally not accepted to have a quotation stand alone as its own sentence. You can get around this temptation in a few ways.

Make a complex sentence by introducing the quote in your own words:

As she described in her work on writing dialogue, “This is the sentence that I want to cite” (Silver).

Do not quote a complete sentence – put some of it in your own words so that the quoted part cannot stand alone:

"The sentence that I want to cite" is the one that Silver mentioned being most influential in her work (Silver, 11).

According to the survey conducted by the National Grammar Society, the citation "always goes at the end of the sentence" even if there is more to the sentence (Silver, 11).

3. Even if you are not directly quoting from your source (and therefore do not need quotation marks because you are paraphrasing the information instead), you still need to cite it in a parenthetical citation.

The reason is that you are still relying on this outside source for the information you are including in your writing and need to attribute it to the source to give credit. However, when you paraphrase information instead of directly quoting, you must not only change the words but the sentence structure in order o differentiate from the original.

The following excerpt is taken from an article published in the New York Times last year about instances of plagiarism in this new digital age and how to avoid it.

"According to U.S. law, the answer is yes. The expression of original ideas is considered intellectual property and is protected by copyright laws, just like original inventions. Almost all forms of expression fall under copyright protection as long as they are recorded in some way (such as a book or a computer file).

From "Skills and Strategies | Understanding Plagiarism in a Digital Age" by Lionel Anderson and Katherine Schulten, Oct. 29, 2015 in the New York Times

Now I want to paraphrase the information conveyed in that passage so that I do not have to put anything in quotation marks, perhaps because no one phrase or sentence must be repeated word for word in order to communicate the main idea. If the part of text you are quoting does not stand out in any significant way, then you may want to reconsider quoting it as opposed to paraphrasing what it says. Directly quoting is most effective when you cannot adequately convey the same idea with other language other than the quote itself.

Here is my example of paraphrasing:

In the United States, the law treats a person's documented ideas as property that the person owns (Anderson, "Skills and Strategies"). Copyright laws can protect these ideas from theft or appropriation by another entity (Anderson).

Since this is a newspaper article, my parenthetical citation will be the author's name followed by the first words of the article title in quotation marks (Anderson, "Skills and Strategies"). It should also be noted that when quoting the same source in a row, you do not need to repeat the entire parenthetical citation each time. In this case, I just included the author's name in the second instance because the reader would know that it refers to the previous Anderson and his accompanying article. Once you have quoted a source like a book, all you must include is the page number in any subsequent parenthetical citation until you cite a different source. As soon as you quote from somewhere else, you must cite that source fully (with author and article title or author and page number depending on the nature of the source) to ensure that your reader knows where this newly quoted information was written.

*It is also important to realize that any piece of writing that requires you to include parenthetical citations, you must also compose a comprehensive Works Cited list at the end of your document that lists every source you have cited in your writing, written out in their full citation format (the long form of the parenthetical citation).

For a comprehensive guide to formatting citations in an MLA works cited list, see this page.

Are you interested in working with one of our New York or Boston English tutors?

Continue to read up on writing by checking out some excellent articles below!

5 Habits for Improving (and Maintaining) Reading and Writing Skills