Turn Back the Clock on that Grade! How to Revise a Bad College Paper 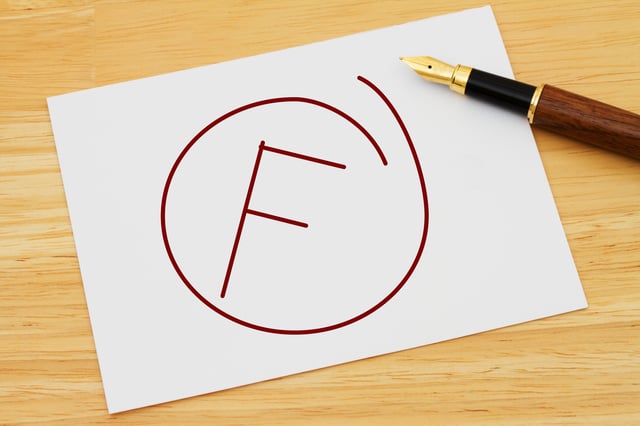 1. Take advantage of a second chance

Unfortunately, students often don’t take full advantage of these options when they are available. In my experience, it seems like students don’t really know that professors mean when they say “revision.” In conventional high schools, teachers may tell students to revise a paper, and specify exactly what the student has to change. For instance, grammar or punctuation errors may be circled or even corrected and the teacher may tell the students which sentences to change or move. They are probably trying to teach specific concepts by getting students to write them out for themselves. They are introducing students to the idea of returning to a piece of work rather than thinking of the first draft as a final version.

In college, this does not cover what professors mean when they say “revision.”  In a college class, especially one that involves writing an essay or research paper,  professors may give you some specific guidance, such as inserting a sentence for you, rewriting some of your sentences or correcting your grammar or punctuation. But generally they will also ask questions or correct you in other ways in the margins or in comments at the end of the paper. For example, your professor may say that you seem to be ignoring evidence that disagrees with your interpretation or point out a way to extend your point. S/he may point out a large organizational problem.

2. Put in the work that is asked of you

College professors generally do not consider it a serious revision if you just correct the things that are obvious or the things that they showed you how to do by writing them in for you. Their response to you correcting only the easy stuff is to think you didn’t do much and don’t deserve much of a grade change.

From observing students, receiving strong and and weak revisions, and speaking with students as they started the revision process I’ve come to realize that students, in addition to not realizing what I mean by revision, often:

Actually, revision is hard work that takes a lot of time. In some ways it is harder than writing a paper from scratch. Professors know this. When we publish our own work, somewhere in the process an editor at a journal or press will often give our essays or book manuscripts a “revise and resubmit” status. If we don’t answer all the concerns raised by the anonymous readers, our work will be rejected. Changing a few sentences won’t suffice. So to us, the word “revision” doesn’t mean a few cosmetic changes. It means “answering all questions raised about the argument.” It might help if you thought of revision as going back in time to do something over and being allowed to carry knowledge back from the future into the past. As in time travel movies, it’s a lot of work to go back to the past to change the future!

If you are going to bother doing a revision, you must accept that you will have to budget a good chunk of time to do it and that you will need to revisit your research and/or class readings and rethink your argument. How much time? Well, it’s good to think about this in terms of the time the professor gives you. If s/he gives you a week or more, chances are s/he’s expecting something quite different from what you originally handed in. If s/he gives you just a couple of days and none of them are weekend days, it may be that expectations are not as high.

Once you’ve gotten yourself into the mindset of rewriting rather than making cosmetic changes, go over the paper again and read your professor’s comments carefully. Make some notes for yourself—where are the biggest changes going to be? What has the professor told you to re-read or re-consider? Has your professor made any notes saying that you have contradicted yourself or that your argument is illogical, or that you don’t have evidence for a claim you’ve made?

Your professor may be accepting meeting requests or s/he may be expecting the class to do the work to understand the comments given. If you have questions about the comments and the professor will meet with you, by all means ask them. Before any meeting it would be a good idea to work out how you are going to respond to some of the comments before you go in for the meeting. Do not try in this meeting to get the professor to give you easy ways out. Instead, ask questions about the best parts of the class readings to revisit or show the professor a new outline. I will admit that not all professors are equally talented at explaining what they want. You may have to put in some work or visit your school’s writing center to fully understand the problems with your paper.

Do any re-reading and research thoroughly. If your professor has commented that something you said is wrong, or that you haven’t supported something fully, or that there is another example that would help you make your point, go back to the reading and find the things they’ve mentioned. Figure out how to incorporate new evidence or reconsider your argument. Yes, sometimes a revision may mean that if you were wrong or misunderstood a key concept you are doing a lot more rewriting than you might like. But isn’t it worth it for a higher grade? Your professor sees this as part of your learning process—s/he offers the incentive of a higher grade but the point for her/him is that you learn the material and that you confront the ways your writing is unclear or your ideas are incorrect.

Some students find that it is helpful to write a new outline, one that notes what parts of the paper are going to stay the same and that keeps track of where changes should be made with what parts of the reading or new research will be added where.

It’s fine to try to re-use as much of the older version as possible as long as you aren’t keeping the mistakes. A good way to do this is to open the old document on your computer and open a blank document next to it. Retype or copy and paste slowly, line by line as if you were really rewriting the paper. Keep your professor’s comments on hand and make sure you are responding to each one.

Remember that changing something in one part of the paper will likely necessitate changes to other parts that were not marked by your professor. For instance, if you change a claim you make on page 3, then you probably have to change your introductory paragraph. You may also have to change other parts of the paper to go with these new changes. Does the whole argument still read logically after you’ve changed the parts you did? How will you fix it? This is difficult conceptual work and is the reason you could be rewarded with a higher grade. Your professor is looking for a demonstration of real intellectual understanding, not for the ability to copyedit changes someone else gives you.

Revision is not always enjoyable, it is time-consuming and frustrating, and it is difficult. But it is also rewarding—one of the reason why professors use this assignment/option is because if you do it correctly you gain not only specific knowledge of class material but also cognitive abilities and the ability to persevere that you can use in all your other classes and in your future life outside of school.

Are you interested in working with on our Cambridge tutors?

Interested in hearing more from our college academic tutors?  Read on below: