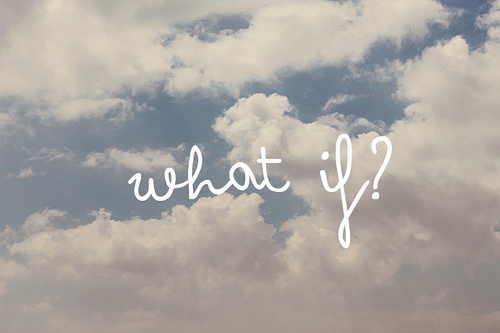 One grammar category that seems to be widely untaught is the names and functions of various verb tenses. For those who have studied a foreign language, the existence of these constructions is not so foreign, but native English speakers rarely learn what the subjunctive – in English – even is, let alone how to use it correctly. The same goes for past perfect and conditional or hypothetical phrases. If you knew what these tenses were called, maybe you would better understand the rules for combining them. If you had known these rules earlier, perhaps you could have used them more often.

When expressing a wish for something in the future, use would or could. These are called past tense modal verbs:

I wish I could go to the party, but I have a prior commitment that night.

I know how to drive, but I wish my parents would give me the car.

Now that it's winter, I wish it would start snowing.

When expressing a wish for something in the present, use the past tense verb:

I don't like driving to work. I wish I lived closer to my job.

It is so fun to play outside in the summer. I wish the sun stayed out longer.

When expressing a wish for something in the past, use the past perfect verb:

I wish I had brought more sunscreen.

I wish we had gone to the beach last weekend.

I wish they had given me a second chance to interview for the job.

NB: The past perfect verb tense, also known as the pluperfect, is the form used for an action that happened before an event that is already in the past. It is formed with had + the past participle of the verb. Usually English verbs are learned in the present, past, and past participle. In the above examples:

Other verbs have three different words, as in go, went, gone:

Yesterday I went to the grocery store.

I had gone to the store for milk before I realized that we still had some at home.

If we have to use the conditional

The conditional tense is used when expressing a hypothesis or uncertain condition.

There are many types of if clauses. Education First has very clearly articulated the different conditions and uses for if clauses in these charts on its website.

Below is an example of each type of if clause:

If the temperature drops below 32 degrees, water freezes.

If I get study a lot, I will get good grades.

This type describes a real possibility that leads to a concrete outcome if realized.

If + simple past à present conditional

If I earned more money, I would buy a new car.

This type describes a hypothesis because it represents a situation that is not real but could be. In the above example, I do not earn more money. But if I did, then I would buy a new car.

If + past perfect à perfect conditional

If I had known, I would have gotten you a present.

What many people confuse is this last form of the pat conditional when combined with an expression of a wish.

I wish I had known that today was your birthday. Then I would have gotten you a gift.

And if I were to use the subjunctive?

I wish I were taller.

She wishes she were a better singer.

The other subjects do not change the spelling of their corresponding verbs in the indicative and subjunctive.

We wish we were good at soccer. (Subjunctive: were)

We were good at soccer. (Indicative: were)

If I were taller, I would be able to reach the top.

In this case, the reality is different from the hypothetical situation.

It is incorrect to say:

If I was taller, I would be able to reach the top.

In today's speech, however, it is very common to use was (the indicative) in places that require the subjunctive. According to the English Oxford Living Dictionary, it is acceptable but frowned upon to put the indicative in writing, even though many people do not apply the subjunctive in everyday speech.

Many verbs or phrases require the subjunctive mood to follow when indicating a necessity, a suggestion, or an imperative action.

It is essential that she send the document today.

The salesclerk suggests that the woman buy the smaller size.

The school requires that the boy take the test.

After each of these words or verbs, the word that immediately follows.

It is essential that...

The school requires that...

The next verb after that should be in the subjunctive.

You can find more in this list of verbs that take the subjunctive.

The reason that the subjunctive goes largely underused is that it only affects the third person singular subject. The indicative in the above examples would be:

She sends the document.

The woman buys the smaller size.

The boy takes the test.

For all of the other subjects (I, you, we, and they) the verb that follows does not change its spelling from indicative to subjunctive or vice versa.

It is important that we go to the store. (Subjunctive: go)

We go to the store. (Indicative: go)

*The only exception to the above rule is the verb to be.

It is important that we be attentive to these grammar rules.

(Instead of: It is important that we are attentive).

The teacher requested that students be quiet in order to hear the announcements.

(Instead of: The teacher advised that the students are quiet).

In the present subjunctive, all subjects are followed by be after one of the previously cited verbs or phrases that take a subjunctive.