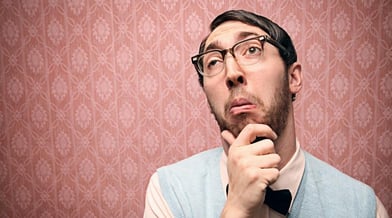 In this blog post, our resident grammar girl reviews the impossibly confusing rules for singular subjects that refer to plural groups; subject-verb agreements involving"each", "all", and "none"; and last (but not least!) "neither", "neither", and "nor" and how they relate to your verb choice.

1. One is the loneliest number, but it's not always single

One of the grammatical concepts that confuse people most is the construction of sentences like this one. What makes it confusing? The singular subject that refers to part of a plural group. One is singular while grammatical concepts are plural. The verb in question is confuse – should it be confuse (plural) or confuses (singular)? In fact, there are multiple accepted explanations for what constitutes the correct usage. Generally, the plural is what sources use most.

The New York Times After Deadline blog explored this theme in a post from 2009 called One of Those Things, in which the author demonstrates why the plural verb makes sense:

In our example above, confuse is the verb that agrees with grammatical concepts, qualified by the pronoun that to form this relative clause. Grammatical concepts confuse people. The alternative – grammatical concepts confuses people – looks and sounds immediately incorrect. The difficulty arises because one grammatical concept confuses, so the singular form of the verb does not necessarily appear to be wrong when it is linked to the initial subject of one. When put together with the rest of the sentence, however, it makes more sense to use the plural, according to the New York Times Style Guide. Re-ordering the words more clearly reveals this logic:

Of the grammatical concepts that confuse people, one is the construction of sentences like this one.

2. Each of us wants to know the rule

Another related concept that poses challenges to subject-verb agreement involves the subjects "each", "all", and "none".

Which sentence is correct?

Each of the kids wants a Popsicle.

Each of the kids want a Popsicle.

The first sentence is correct. To make this more apparent, substitute each one and it becomes Each one of the kids wants a Popsicle because one kid wants. Each always refers to one out of a group.

In cases in which each is not the subject, there may be a plural subject before it and therefore a plural verb that follows, such as in:

They each want their own dessert.

(The alternative would be They each wants their own dessert, which is clearly wrong).

None is a little more nuanced. Unlike each, which is always singular, none can be singular or plural depending on the context, according to the Oxford English Dictionary and others.

When none means not any, the subsequent verb is plural:

The distinction is subtle, and in these instances, it would also be correct to use the singular verb.

Grammarians have identified a rule of thumb to follow in order to determine when none calls for a singular or plural verb. When the implied noun to which none applies represents a singular thing, use the singular verb: None (of the snow) was melting. When the implied noun to which none refers represents a plural thing, use the plural verb: None (of the plates) were clean.

3. You say either, I say neither

When there is a choice between two items, use the word either with a singular verb to follow:

Some other examples of the correct use of either include:

Neither is the same

With neither, the subsequent verb is also singular when identifying a choice of two items. Neither restaurant was very good. Again, consider that neither one of the restaurants was very good.

The alternative should also sound incorrect: neither restaurant were very good.

Some more examples include:

The singular rule holds true in either/or scenarios when both items being compared are singular:

Either the blue shirt or the green shirt was my favorite.

My favorite was either the blue shirt or the green shirt.

Either my sister or my brother is going to make breakfast.

Neither the bracelet nor the necklace was silver.

Neither my brother nor my sister knows how to cook.

According to some, a rule of proximity suggests that a plural noun may follow in phrases with either and neither if the noun closest to the verb is plural. For example:

Either the coach or the players receive the trophy.

Neither my brother nor my sisters have pets.

(My brother has no pets but my sisters have no pets. Since my sisters is within closer proximity to the verb, the verb agrees with the plural subject my sisters).

A comprehensive list of examples that demonstrate the correct use of either and neither can be found here.