Academic Tutor: The Perks of Being an English Major (and a Drawback)

Here at Cambridge Coaching (a company entirely run by former English or Comp Lit majors), we take a very dim view of the “good luck landing a job with that degree” brigade. You know who I mean: people who cannot so much as carry on a conversation with an English, History, Philosophy, or Psychology major, etc., without saying something like, “so what's it like living in a cardboard box under a bridge?” Today, I'd like to offer a retort to that (and one very significant caveat, something I wish someone had told me five or six years ago). 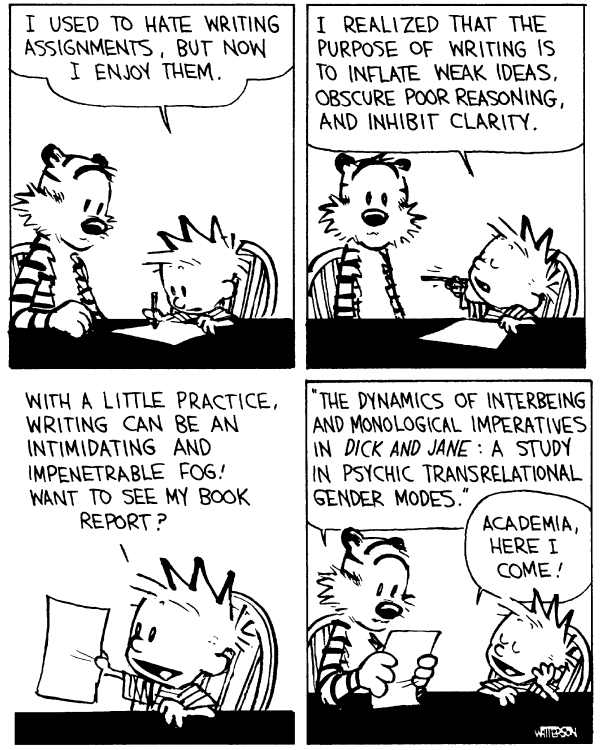 English, Anthro, Psych, History, Philosophy, Art History, etc. I had a mathematician friend who used to group these disciplines as the “feelings majors.” It's a term my Philosophy-major-turned-International-Economist-for-the-US-Treasury fiancee and I still use, but it's, you know, our term. Of all the Feelings majors, one of the most popular, if not the most popular, is the B.A. in English, like the one held by yours truly. For that reason, it's become a shorthand for “unprofitable major.” And I won't lie to you—it's not all that easy to parlay a degree in English into a $65,000-per-year job with full benefits right out of school (unless you want to go into consulting, which is a proud recruiter of feelings majors because—believe it or not—communications skills actually count for something. But for consulting you have to be at least marginally functional in math, and have a high pain tolerance). But here's the thing:

The vast majority of people in America are inconceivably bad writers.

What do grant applications, press releases, advertisements, memoranda, instruction manuals, and fundraising letters all have in common? They can all be ruined by a single grammatical error. An “it's” instead of “its.” A misplaced semicolon. So important is the written word throughout the service industry (which dominates America's economy) that companies have come to place considerable (though not excessive; let's not get carried away) value on ensuring that their employees can actually write properly. Many companies subscribe to the notion that while specific skills can be taught (understanding their software, managing their products), writing cannot. That's why writing samples are so commonly requested with resumes. An English major learns to write quickly and economically (by that I mean, at the last minute), with nuance and intelligence, and in a country rotten with writers so wretched they routinely bungle “they're” and “their,” this skill has value.

What does this mean? It means that writing can be as important and marketable a skill as Excel or even Stata. And if you can actually use Excel (which you should seriously learn, for real), well! You just might end up with visual and dental! But probably not. Let's be realistic.

But of course, you didn't get an English major degree to make money. There are a variety of reasons why people get into it: dreams of academia, of publishing, of teaching...and there's the big one: writing.

Here's the big irony about being an English major (especially given what I've just written about how the writing skills it confers are ever-so-useful in the job market): there's one profession it utterly fails to prepare you for:

That's right, boys and girls. This is the caveat I was talking about. The major whose nominal purpose—one could even say sole purpose—is to steep young minds in the great works of literature, in hopes that they might go on to perpetuate the literary tradition, utterly fails at preparing them to do any of that. 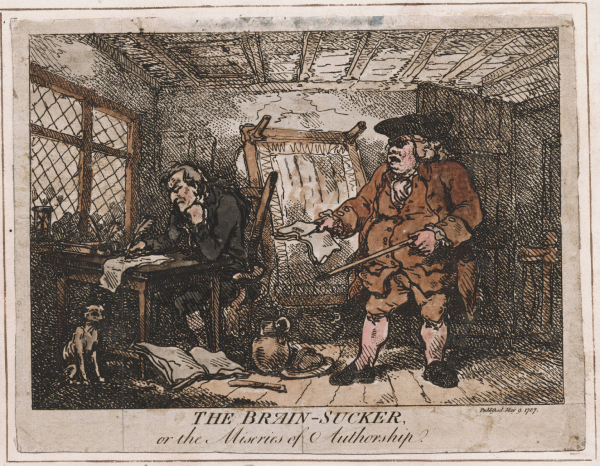 A Former English Major and His Sweetly-Disposed Editor

I have been a practicing, card-carrying novelist these past four years, and teetering ever on the lip of success. And if there is one thing I've learned in four exceptionally eye-opening years, it's that every English degree should come stamped with the following warning label:

Beware: the things that your professors have valued and emphasized for four years are not by any means the same things that the publishing industry values and emphasizes, so good luck with that, don't forget to return your library books.

What do I mean? I mean that publishers, especially when one is starting a career in writing, do not care particularly about your leitmotifs, your free indirect discourse, your structural intricacy, or even particularly about your Big Idea. And this is not a complaint. It is a simple fact of the industry. What editors care about is what readers care about, which is, unfortunately, the one thing that academia takes so utterly for granted that it never even comes up in seminars: the story. The vitality of your characters. Do these editors want to care about your leitmotifs and technical wizardry? Sure! They were English majors too! But what they need is to sell books, and to do that, they need the book (or essay, or piece of travel writing) to be sellable. And while there is often a relationship between a book's literary quality and its marketability, these are two very different things—and the latter always wins.

Once this is understood, things will go easier. But it's a truth so obvious that it can take a writer years of frustration to learn it. But if there's one thing that everyone, from publishers to professors to potential employers, can agree on, it's that knowing how to write well is a vital skill.