Five quick and easy English words to elevate your writing 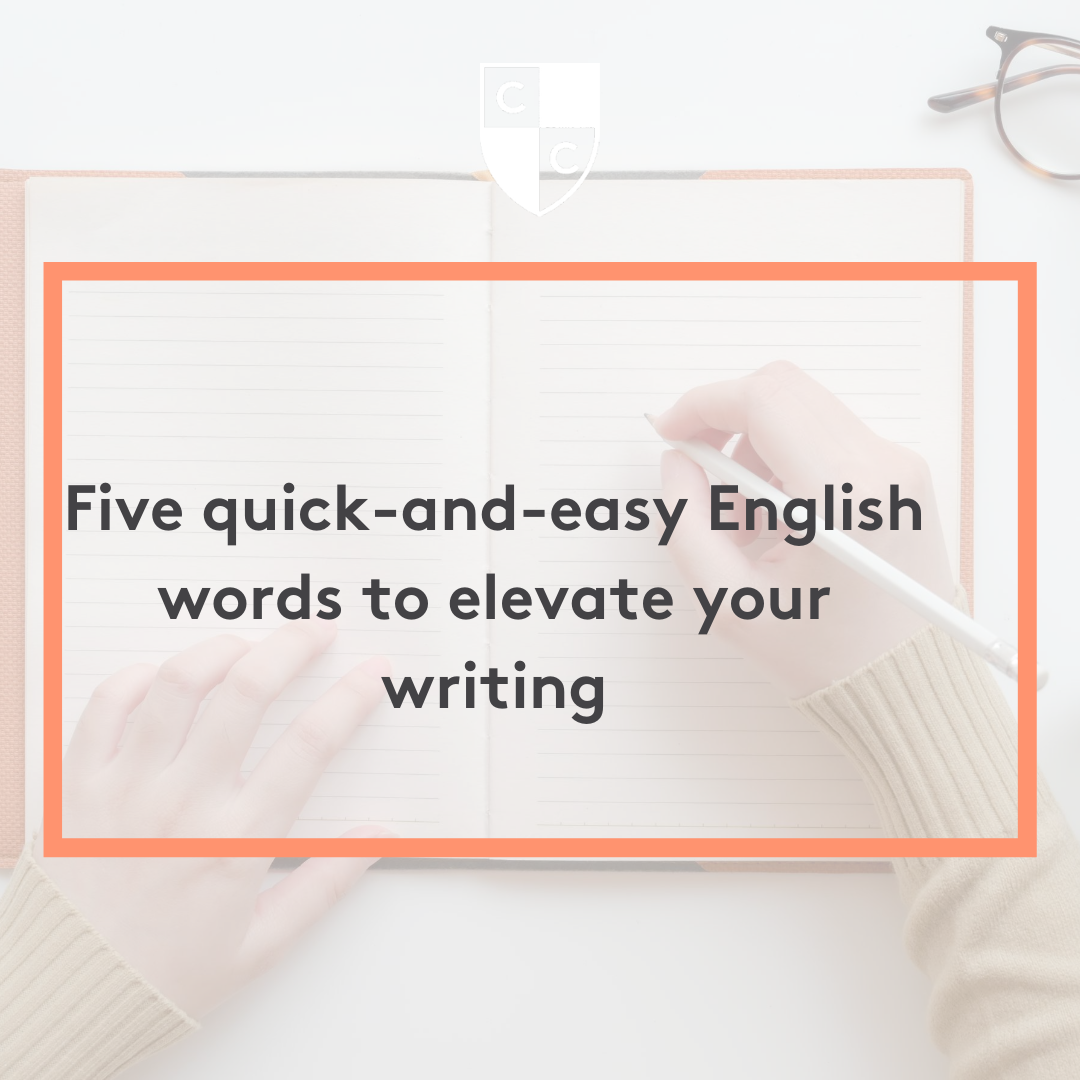 Anyone studying English will at one point or another recognize that the language is quite a hodgepodge. Centuries of outside contact – from Viking and Norman invasions to importations of Latin during the Renaissance – led to what would become the rich vocabulary of Modern English. But what should a savvy writer do with so much variation when crafting an essay, and why should readers care?

Although English belongs to a family of Germanic languages, what sets it apart is its vocabulary of Old French and Latin loanwords that are used in everyday speech. We cannot say that someone is arrogant, pretentious, presumptuous, or pompous without resorting to words with Latin roots (though we can say haughty; an alternative is overweening, a brilliant word that is unjustifiably rare; more on that for another post).

Though these Latin-based words are as much a part of English as those that have stuck around since the time of the Anglo-Saxons, there is a beauty to words from Old English that students and writers alike sometimes overlook. Many native words are much shorter than words with clunky Latin suffixes; a monosyllabic substitute can bring a punch to one’s writing, when used smartly, and in other circumstances, impart an air of poetry that has long since drained from hackneyed Latin words.

The Elements of Style, perhaps one of the most-cited manuals for writing, gives the following advice: “Avoid the elaborate, the pretentious, the coy, and the cute. Do not be tempted by a twenty-dollar word where there is a ten-center handy, ready, and able. Anglo-Saxon is a livelier tongue than Latin, so use Anglo-Saxon words.”

Though the choice between sooty and fuliginous may be an obvious one, there exists a host of words for common concepts that can not only lend variation to your writing, but set your style apart from the pack.

A strong substitute for diminish or decrease, this native English word is often paired with the more easily confused verb wax. We can talk about power, strength, and feeling that waned. Keep in mind, the verb is intransitive: though we can say that the inventory was diminished and the temperature was decreased, a fever, or daylight, or my love for Latin, waned (not was waned).

A rarer word that nevertheless sneaks into some reading passages, to brook is to tolerate. Usually, one brooks something that is unpleasant or untoward (much like how we use tolerate); we speak of leaders who brook no criticism, or women who refuse to brook insults.

We all know that comprehend is a synonym for understand, but English has its own synonym through an unlikely source of measurement: a fathom. Initially, a span of about two arms’ length, fathom meant to embrace or envelop; subsequently, it evolved to mark sea depth, hence the notion “to penetrate, get to the bottom of.” Less technical than comprehend, fathom draws on the metaphor of reaching truth by penetrating through something from a distance.

Reckon is a word commonly heard in imaginings of American Southern English as a synonym for “suppose.” But originally this word meant “to count,” – before count had entered our language – and out of this grew the sense of “to calculate” or “to compute.” To reckon can be used as an alternative for “to consider” or “to estimate;” reckoning, which, unrelated in its foreboding similarity to wreck, means a tallying of scores or settling of accounts.

Coming from the Old English word for “army,” to harry was originally “lay waste to,” which still exists in secondary definitions. Today, harry can be employed as a synonym for “to harass,” “to disturb” or “to distress.” We can speak of someone who is harried by doubts, or of rebel forces that harry the opposition.