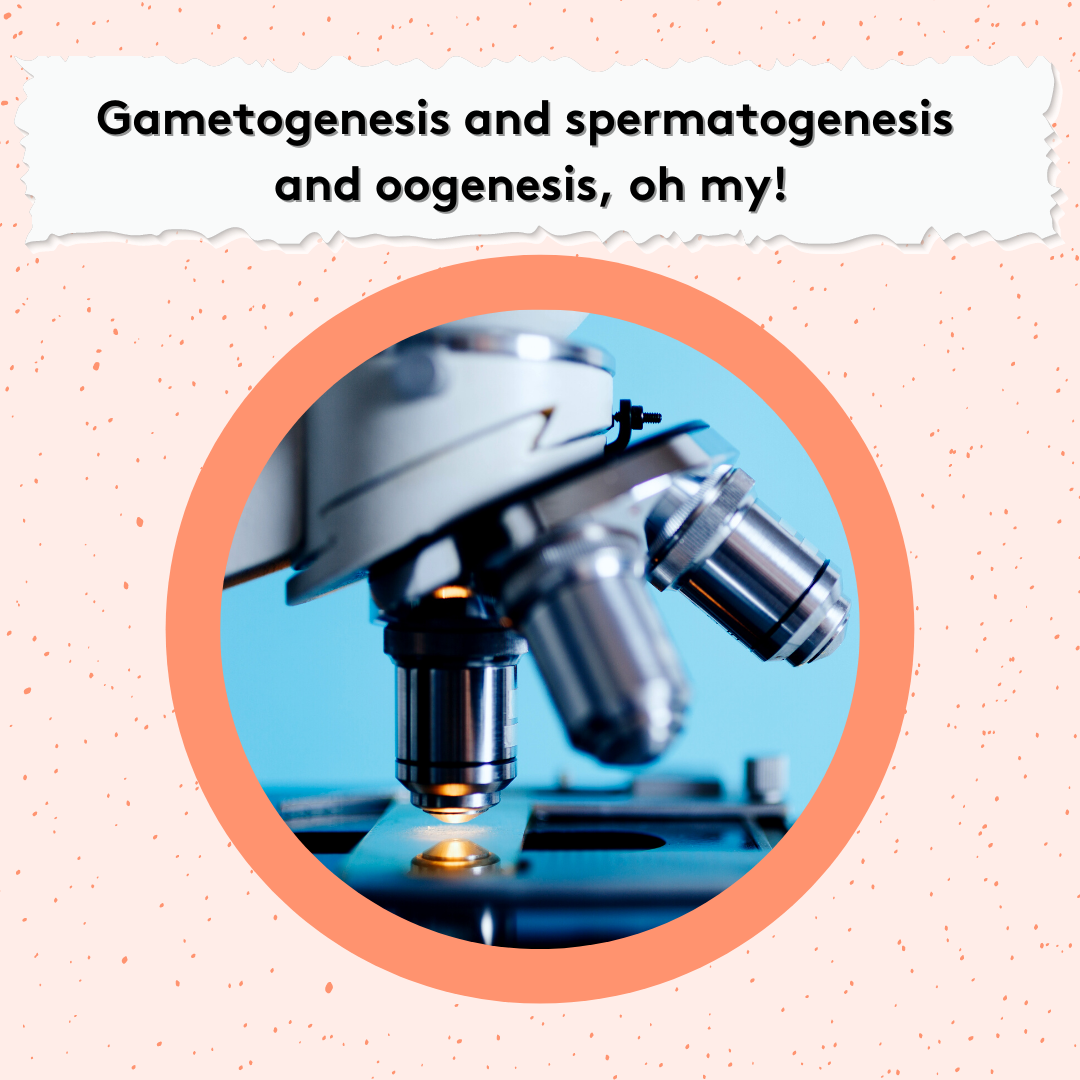 Meiosis is one of those processes that we all learned about in high school biology as a deceptively simple concept. You take the diploid cell, divide it twice, and it becomes four haploid gametes that are each capable of participating in fertilization. Easy, right?

But once you start learning about spermatogenesis and oogenesis, the simple process of meiosis as you understood it starts to become a bit more confusing. Wait, I thought four haploid cells are produced, so why does oogenesis only produce one egg? And what is all this spermatogonia and secondary oocyte business?

Fear no more: this blog post is here to clarify any confusion you may have about gametogenesis and to explain the important differences between oogenesis and spermatogenesis. Whether you’re studying for the MCAT (woohoo!) or a biology class—or if you just want to impress your freshman biology teacher with a more nuanced understanding of meiosis—this is the post for you!

Spermatogenesis follows the “classical” steps of meiosis that you probably learned in early biology classes. Oogenesis, on the other hand, is where things get a bit more complicated. 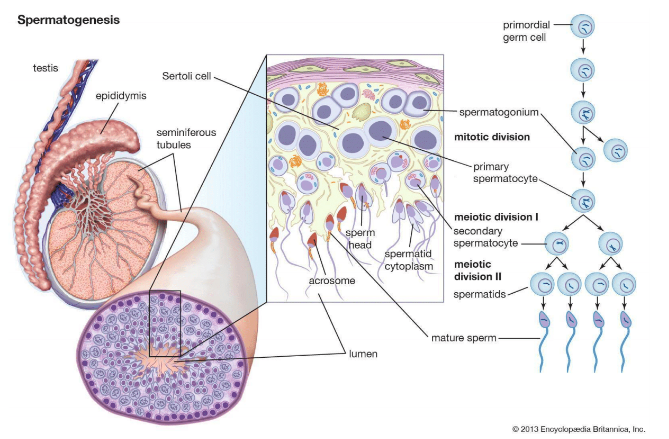 Spermatogenesis begins in the seminiferous tubules and finishes in the epididymis (the site of sperm maturation, not shown here). Sertoli cells are cells which provide nutrients and support for spermatogenesis.

While spermatogenesis produces four sperm cells per spermatogonium, oogenesis only results in one egg cell per oogonium. Furthermore, while spermatogenesis can happen over a male’s lifetime (starting at puberty), females are born with a finite number of oogonia that can undergo oogenesis, and this happens during very discrete points in their lives.

Oogenesis begins with the diploid oogonium (which forms during fetal development). Similar to the spermatogonium, it undergoes DNA replication to become the diploid primary oocyte. Here is an important difference: rather than proceeding immediately to meiosis I, the primary oocyte will actually arrest at prophase I. This means that females are born with all of the eggs as primary oocytes in prophase I. Meiosis will not proceed until the female gets her first menstrual cycle, at which point one primary oocyte per month will proceed with meiosis. The result of meiosis I is a secondary oocyte and a polar body (both haploid). This is another important difference. Rather than producing two viable haploid cells, meiosis I produces only one cell (the secondary oocyte) that can proceed to meiosis II. The polar body is much smaller and does not proceed further. The secondary oocyte then arrests at metaphase II and will only complete meiosis II if fertilized. If fertilized, the completion of meiosis II will result in a mature ovum and another polar body which is also incapable of being fertilized.

Oogenesis begins during development with oogonia becoming primary oocytes that arrest at prophase I before birth. At puberty, meiosis resumes one oocyte at a time, resulting in one mature egg and multiple much smaller polar bodies. 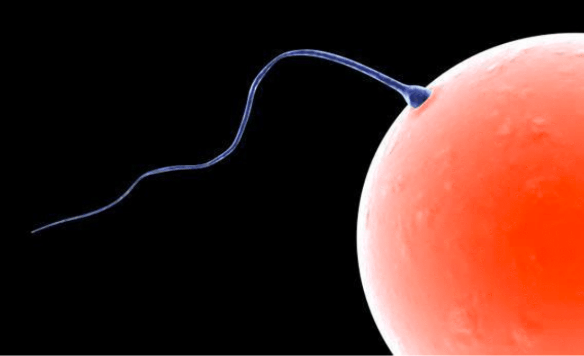 Look at how MASSIVE the egg is compared to the sperm. While the sperm contributes half the genetic material to the zygote, it’s really the egg that’s putting the team on its back, contributing the other half of the genome as well as basically all the cytoplasmic material for the developing fetus (FUN FACT: This is the basis for mitochondrial inheritance! All the mitochondria that you have in your body’s cells came from the egg that made you). And this is why the developing ovum needs to suck as much cytoplasm as possible from those polar bodies: to have enough cytoplasm to support the zygote.

However, do not let these differences distract you from the fact that the fundamental principles of meiosis hold true between these two processes. You still see a haploid cell capable of fertilization being produced from a diploid cell. Many of the intermediate cells bear similar names. Understanding these similarities will hopefully help you make sense the differences you see between these two forms of gametogenesis!

May 18, 2022 How to study for Chinese dictation quizzes
May 16, 2022 How to ask good questions during information sessions
May 13, 2022 An introduction to phrase structure rules and word order typology
May 11, 2022 How to ethically use WolframAlpha, Mathway, and Photomath
May 9, 2022 Be a STAR: strategy for college interviews, job interviews, and more
May 6, 2022 The truth about medical school personal statements: a strategic view
May 4, 2022 Understanding the central limit theorem
May 2, 2022 Einstein’s proof of E = mc^2
April 29, 2022 Four traits Harvard Medical School looks for in applicants
April 27, 2022 The dreaded “P” word
See all
navigate_beforeEdit Filters closeClose
Clear Tags closeClose