Getting started in R: Writing your own functions 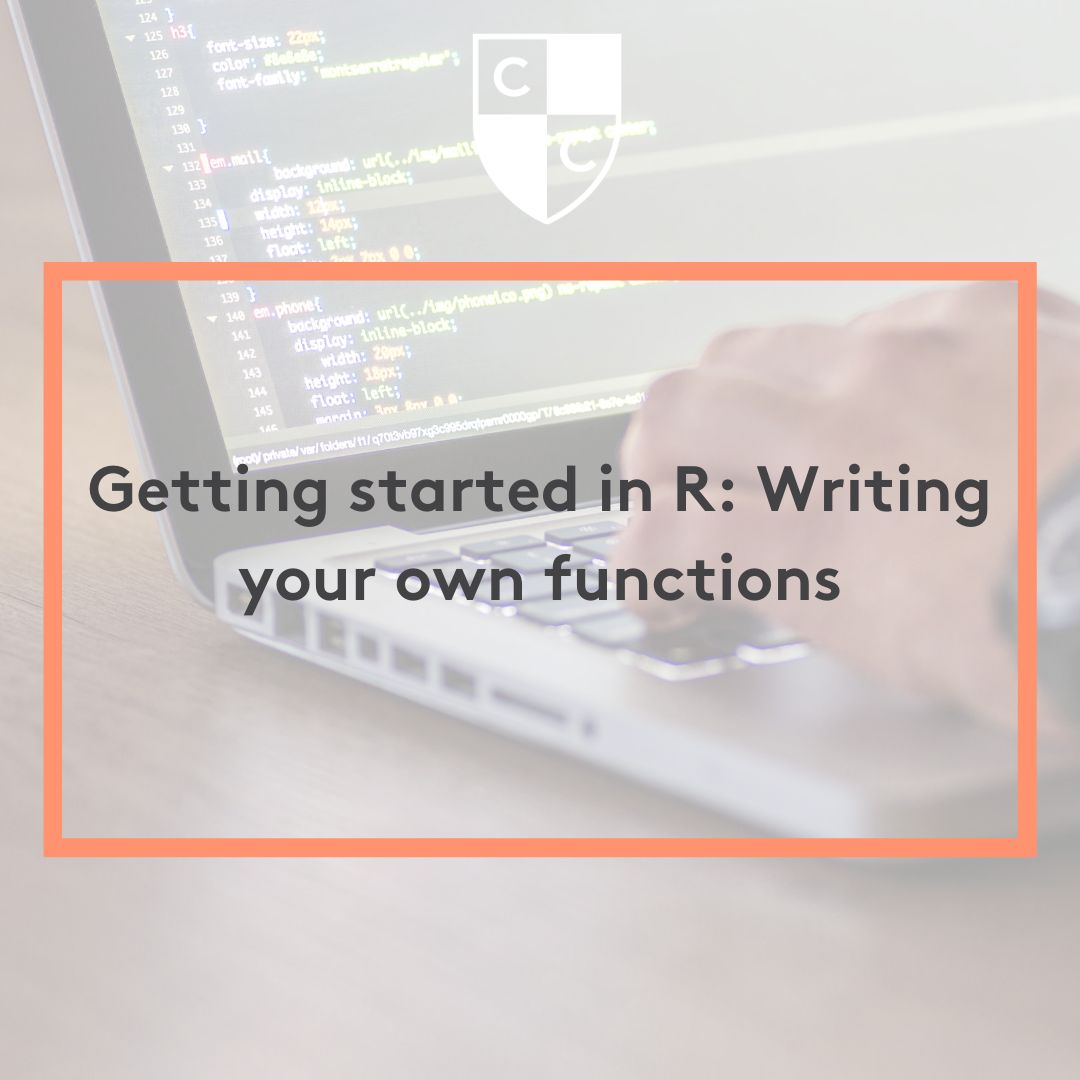 R is a programming software for statistical computing and graphics, and students and statisticians alike have come to rely on the software to analyze their data. The scope and power of the software is large, but for the purposes of getting started, it is important to understand the benefits of writing your own functions in R, along with how to do so.

One of the great advantages of R is there are so many built-in functions, and so many additional functions that come with packages. So, one might ask: why would you bother writing your own functions?

When I first started coding in R, I found it challenging to write functions (and I still do!), but over time, I’ve realized how much more powerful, effective, and efficient my code is with functions. This is a skill that I am still developing. As such, don’t treat this blog as a comprehensive guide to writing functions – this is written for beginners who are looking to get their toes wet.


How to write your own functions

Below is the example we’ll be working with: 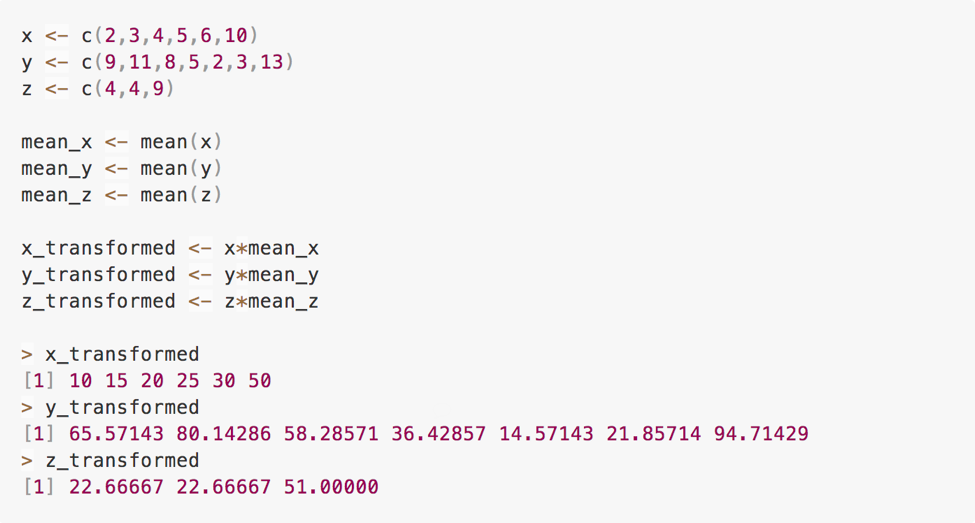 Here we have 3 different vectors, named “x” “y” and “z”. We want to calculate the mean of each vector and multiply each number in the vector by its mean. This example uses simple commands, but you can imagine how frustrating it would be if we had more than 3 vectors or more than 2 steps to perform.

So, to put the above code in your own function, there are a few basic steps.

Applying these steps to our example looks like this:

Here we’ve named our function “multiply_by_mean” and we have one input, or argument, that we’ve named “example” – note that this argument name can be anything, just as long as the name you put here is consistent with the body of the function. Then, we put the commands we want inside “{ }” and we return the output we’re interested in – in this case, the vector with each element inside multiplied by the mean of the vector.

To run this function, we simply replace the input argument name with the name of the vector we’re interested in, and we can define the output of the function with a suitable name.

With the function, we get the exact same results as above.

Let’s say we actually want to add 2 to the mean before multiplying by the vector. Having a function means we only need to change the code once inside the function, rather than changing the code each time we apply it to a different vector. Additionally, anyone reading this code can more easily see that this sequence of commands is a single operation.

A couple of additional notes about writing functions:

Though it may seem more onerous at first, writing your own functions can save you time in the long run, and translates to cleaner and understandable code.

July 17, 2021 Degree or no degree, everyone should be a computer scientist
June 23, 2021 Coding for kids: turning zeros and ones into something colorful
November 18, 2019 What should every great coder know?
September 16, 2019 Can You Tell Which is Bigger? Set Cardinality, Injective Functions, and Bijections
March 18, 2019 What is Mathematical Induction (and how do I use it?)
March 6, 2019 What is the Difference Between Computer Science and Software Engineering?
May 27, 2016 3 Critical Pieces of Advice for Prospective Engineers
April 10, 2015 Computer Science Tutor: A Computer Science for Kids FAQ
navigate_beforeEdit Filters closeClose
Clear Tags closeClose