How do I use Punctuation on the ACT and SAT Exams? 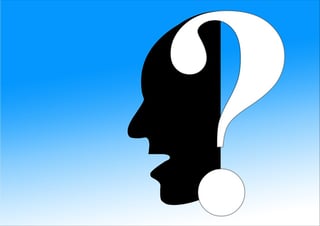 Punctuation usually comes up in questions that ask you to choose from among a collection of different pieces of punctuation. Think about the use of each punctuation mark, and find which one has the use that is needed for the particular sentence.

Let’s break down some real test questions to see how punctuation works on the exam.

Living independently and demonstrating an intense work ethic; the Harvey Girls became known as a transformative force in the American West.

What’s going on here? In the original sentence, we have a semicolon, which should indicate that there is a full sentence before and after it. Let’s check!

“Living independently and demonstrating an intense work ethic” is not a sentence. It leaves us thinking “…and?” There is no subject and verb so nothing happens. The semicolon is out.

Answer C has a similar problem. A comma plus “and” should connect two full sentences. Choice C is out.

For choice B, the colon is inappropriate here. There isn’t a list coming up, and it doesn’t signal that there is a resolution of an idea that the sentence has been leading up to.

That leaves us with choice D. A comma is appropriate because there is an introductory phrase, then a comma, then the main sentence.

Let’s look at another example:

Indeed, when we think about animals depicted in well-known works of art, the image of dogs playing poker—popularized in a series of paintings by American artist C.M. Coolidge, may be the first and only one that comes to mind.

Here, we have an aside, which can be taken out of the sentence. It could read: “Indeed, when we think about animals depicted in well-known works of art, the image of dogs playing poker may be the first and only one that comes to mind.”

B is the correct answer.

Try these next three on your own:

From Michelangelo’s David to Vincent von Gogh’s series of self-portraits to Grant Wood’s iconic image of a farming couple in American Gothic. These works by human artists have favored representations of members of their own species to those of other species.

The person chosen for this task, digital artist, Eldar Zakirov painted the cats in the style traditionally used by portrait artists, in so doing presenting the cats as noble individuals worthy of respect.

To avoid scrutiny, Siqueiros painted the final section of the mural, the centerpiece at night.

The introductory phrase cannot stand on its own. The only choice that does not end the sentence is D.

The phrase “digital artist Eldar Zakirov” is the entire aside that needs to be set off by commas. Unsure whether it should be “digital artist,” “Eldar Zakirov,” or both? Test out the sentence by leaving either phrase in, and you’ll see that it no longer makes sense. “The person chosen for this task digital artist painted the cats” does not work since there are now two subjects.

Cambridge Coaching has all of your ACT and SAT test prep covered. Get in touch to see about ways to master the exams and improve your results.

Want to read additional on SAT and ACT preparation?  Check out these prevoius blog posts:

What's the Difference Between the Old SAT and New SAT? 5 Major Changes on the Reading Section

Reading or Math? How to Decode Word Problems on the New SAT