How Sherlock helped me ace my MCAT! 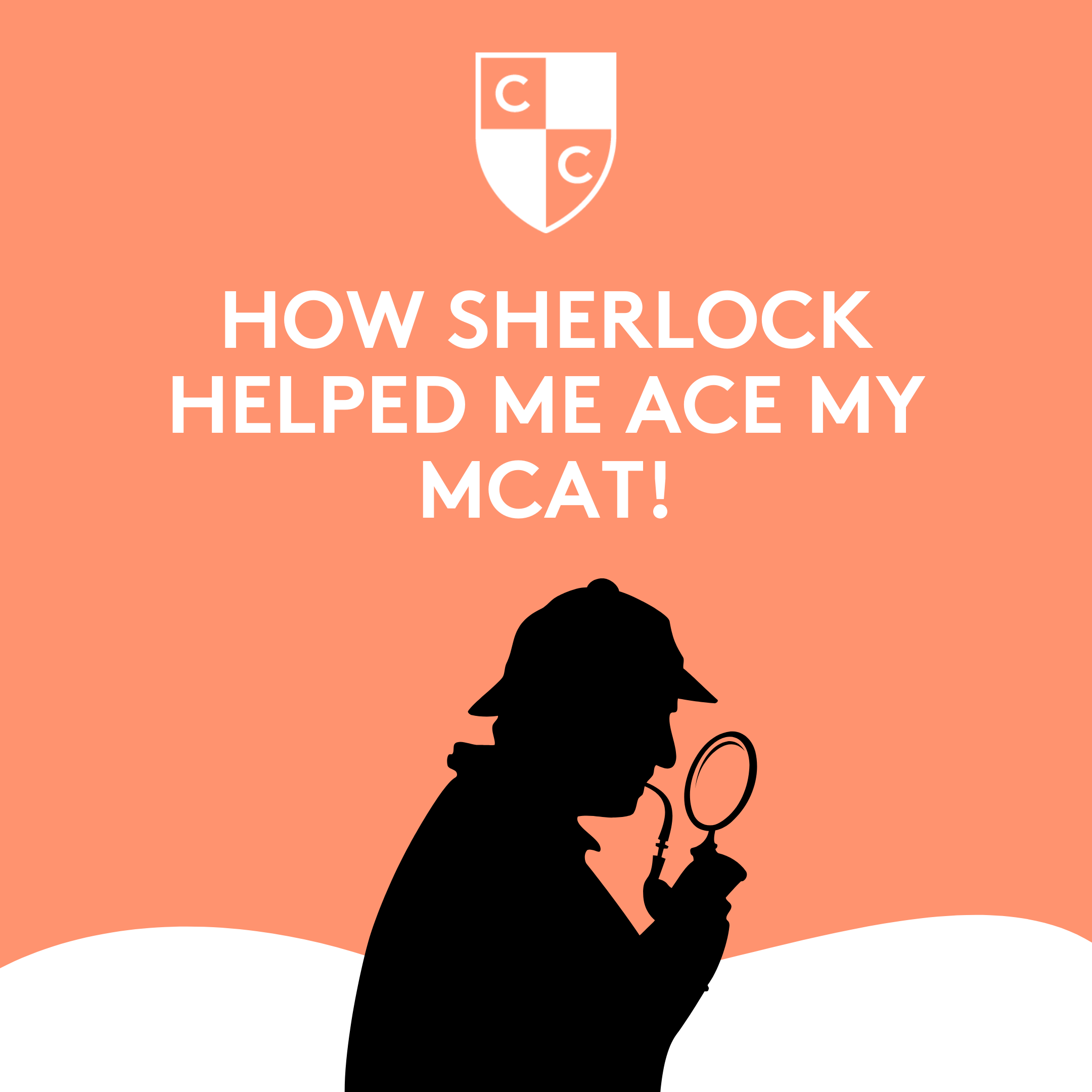 If you’re a fan of BBC’s Sherlock or have devoured Sir Arthur Conan Doyle’s novels, you’re probably wishing you had the memory prowess of Holmes, and not Watson. At least I sure did when I began my MCAT journey. Sherlock’s seemingly inhuman ability to recall even the most obscure details derives from a Roman legend about the poet Simonides of Ceos, who retraced his steps through a collapsed dining hall to identify unrecognizable guests who had been crushed during the incident.

Good news! You already know how to use the method of loci.

This technique involves the visualization of a complex place, route of travel, or sequence of events that can be tailored to “contain” elements that you wish to recall later. If you’re anything like me, you probably couldn’t tell your best friend the street names that you cross in order to get to your high school. However, if I asked you to teach them how to get to your school from your home without the help of Apple/Google Maps, you’d confidently tell them something along the lines of, “Take a right after the 7-Eleven across from the Sunoco, then hang a left after McDonald’s, and, finally, keep going straight until you smell cow manure: the school will be on your left.” Here, you invoked the method of loci by associating images of locations with actions and words that guided your friend to school. You can do the same for the MCAT!

How to form your personal mind palace.

But I’m not as talented as Sherlock. How do you expect me to use this palace thing to remember the intermediates in the Citric Acid Cycle? First, it’s easiest to start with a place, like your home, or a path that you’re familiar with. Then, identify 10 or so unique physical objects within that place or along that path. Match each object to one item on your list of things to remember. The more vivid and descriptive the image you create in your mind palace, the more likely you are to remember it. To get the hang of it, start out small by placing a short grocery list into your new mind palace, and test it later when you go to buy those items at the store. I’ve found that the Mind Palace technique works best with learning lists (hormones), stages (development psychology), and processes (Glycolysis, Gluconeogenesis, Citric Acid Cycle, Fatty Acid Synthesis).

Just how much better is the Mind Palace strategy than rote memorization?

Simply put, a metric ton. Imagine our ancestors out on a 10 mile hunt for wild deer. How did they get back home when every tree, rock, boulder, or stream looks just like the last? But with a little practice and effortful association of specific objects with directions, our ancestors successfully navigated across continents and continued doing so using stored images (until Gutenberg stunned the world with a printing press). But here’s the thing: when you’re taking the MCAT, you’ve got as many written notes to draw on as a human stumbling through a blizzard during the Ice Age, desperate to get back to his cave. And boy, does your consequence of failure pale in comparison to his. If you’re still unconvinced that the human brain has evolved to maximize memory recall using a series of images, let’s have science do the talking: studies investigating the picture superiority effect have shown that people can recall 90% of over 2,000 images shown to them 3 days earlier. Still doubtful? Try and recall 90% of the words written in the latest New York Times Op-Ed you read (typically 400-1,200 words). And to think, many words are featured in that article more than once. Trust the mental images, my friend. You won’t regret it!

I found that my path from my childhood home to my high school featured the most number of objects, people, places, and things that I readily remembered and associated with vivid images. Next, I made a list of these images at different points along my ride to school. Finally, I matched each image from my journey to an intermediate in the Citric Acid Cycle. And voila! Reciting the Citric Acid Cycle became as easy as walking to school.

To start my journey to school, I first take a seat (Acetyl-CoA) in my car and fumble around for the aux cord down low (Oxaloacetate) and slowly drive into my Cul-de-sac where children sell citrus (Citrate) lemonade. The first intersection is where the ice cream (Isocitrate) truck comes every Friday afternoon. There, I meet my friends on the varsity soccer team who resemble alphas comparing their ketogenic (𝛼-Ketoglutarate) diets to boost their performance at practice. Next, I pause at the stop sign today (Succinyl-CoA) before turning onto the main road. In a few minutes, I pass a Starbucks where I grab a coffee to resuscitate (Succinate) my chronically sleep-deprived self. Now that I’m awake, I turn back onto the main road and listen to my car groan up the hill spewing fumes at a rate (Fumarate) that make me rethink my decision to drive to school rather than take the bus. As I reach the crest of the hill, I encounter the longest traffic light in my town and think to myself ‘Man, Imma be late’ (Malate). Once I reach my school, there’s still one thing left to do - unplug my phone from the aux cord down low (Oxaloacetate).

Walk, run, or drive through your palace twice a day until it becomes second nature

I spent the most time designing a nearly unforgettable journey to school that conveniently reminded me of each of the intermediates. Thus, committing it to memory was a walk in the park. A tip to make your palaces truly immutable: run through them twice a day for one week, and then once a week for the remaining weeks leading up to your exam. Once you have successfully created your first mind palace, creating the second, third, and nth iterations should be no sweat at all. For the artistically inclined, I recommend sketching your Mind Palace as a cartoon so that you have something to reference in case you forget. Recalling mental images is really helpful in medical school because many students use Sketchy Medical (a site filled with videos and cartoons about bacteria, viruses, and their drugs) to prepare for exams. Popular MCAT topics that I found particularly suited for the Mind Palace include the pituitary gland hormones, transduction pathways (cAMP and IP3), metabolism pathways/cycles, and the laundry list of psychological stages of cognitive and psychosocial development (think Erikson, Piaget, Freud, and Kohlberg).

I realize that months of MCAT preparation can get boring, depressing, and sometimes downright awful. And that’s why I found Mind Palaces so useful during my studies for the MCAT: they’re just fun to make! Not only is picturing three alpha males comparing their ketogenic diets amusing, but it also gets you one step closer to your goal of acing the biochemistry section of your MCAT. So, give the Mind Palace a try, and I guarantee you that even if you forget your palace one day, you’ll still have a great story to tell your friends about the MCAT journey!

Taking the MCAT in 2020-21? Check out some other helpful blog posts below!

What is Anki and how it transforms your MCAT studying