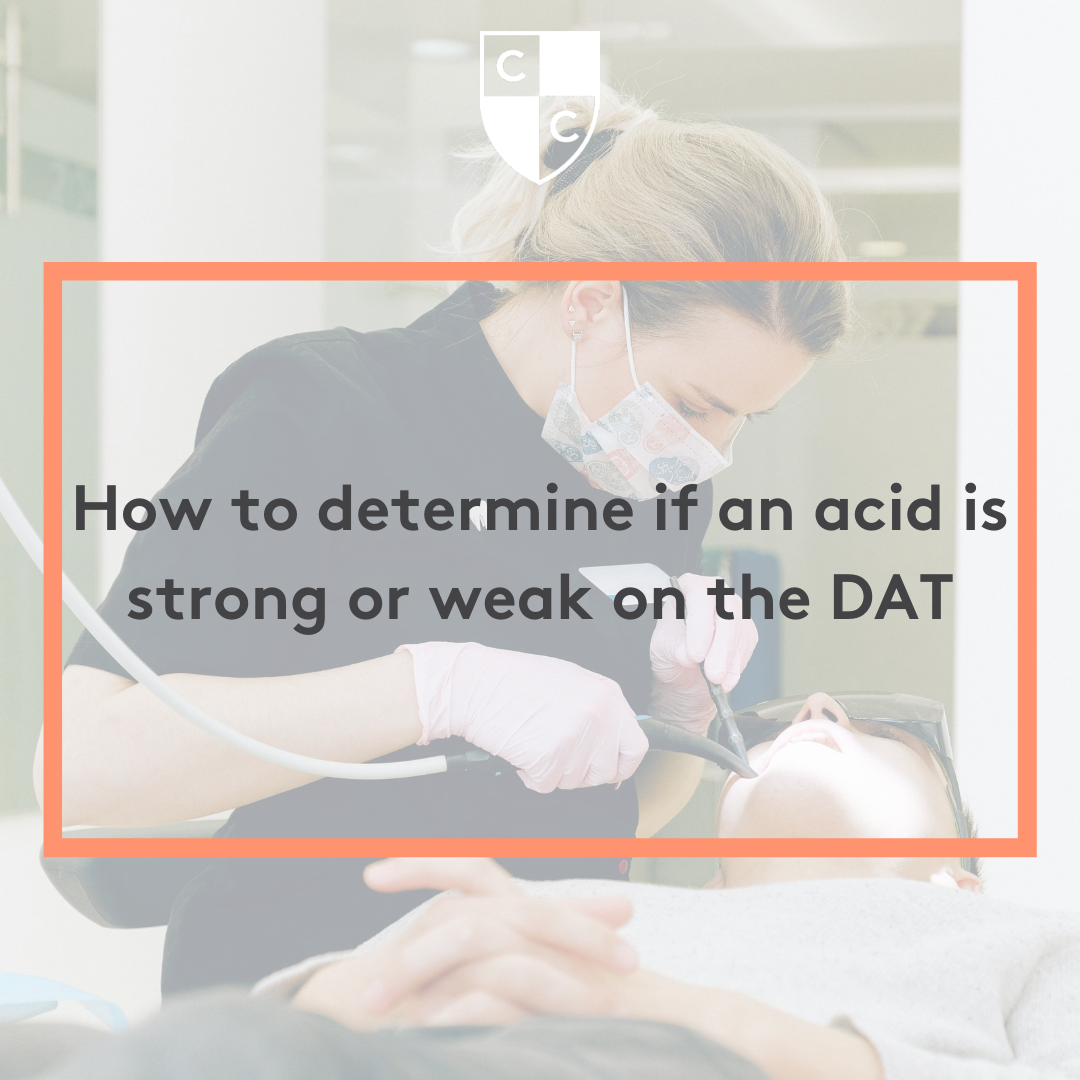 As someone studying for the DAT, you’ve seen this common problem before: which molecule is the stronger acid? When assessing the strength of an acid, the most important thing to look at is not the acid itself but its conjugate base. The guiding principle is the more stable the conjugate base A- the stronger its corresponding acid HA.

A little bit of background before going forward: electron withdrawing groups (EWG) are substituents that draw the electron density of its neighboring atoms. Electron withdrawing groups include such things as halogens, cyanide, and carboxylic acid derivatives. They create a dipole where the EWG has a partial negative charge, and the carbon atom to which it is attached has a partial positive charge. This carbon with the positive charge helps to stabilize the negative charge in the conjugate base.

If the negative charge of the conjugate base can be spread over a greater number of atoms, the more stable the anion will be.

2.) Electronegativity of Atom with Negative Charge

3.) Size of Atom with Negative Charge

When comparing alkanes, alkenes, and alkynes as acids, an important principle is the nature of the orbital containing the lone pair electrons in the conjugate base. The orbital with a greater s character is lower in energy and, therefore, more stable. Alkanes have an sp3 orbital (25% s), alkenes have an sp2 orbital (33% s), and alkynes have an sp orbital (50% s).

Remembering these five determinants of stability will allow you to quickly compare molecules and determine which is a stronger acid.