How to simplify pronouns in Spanish 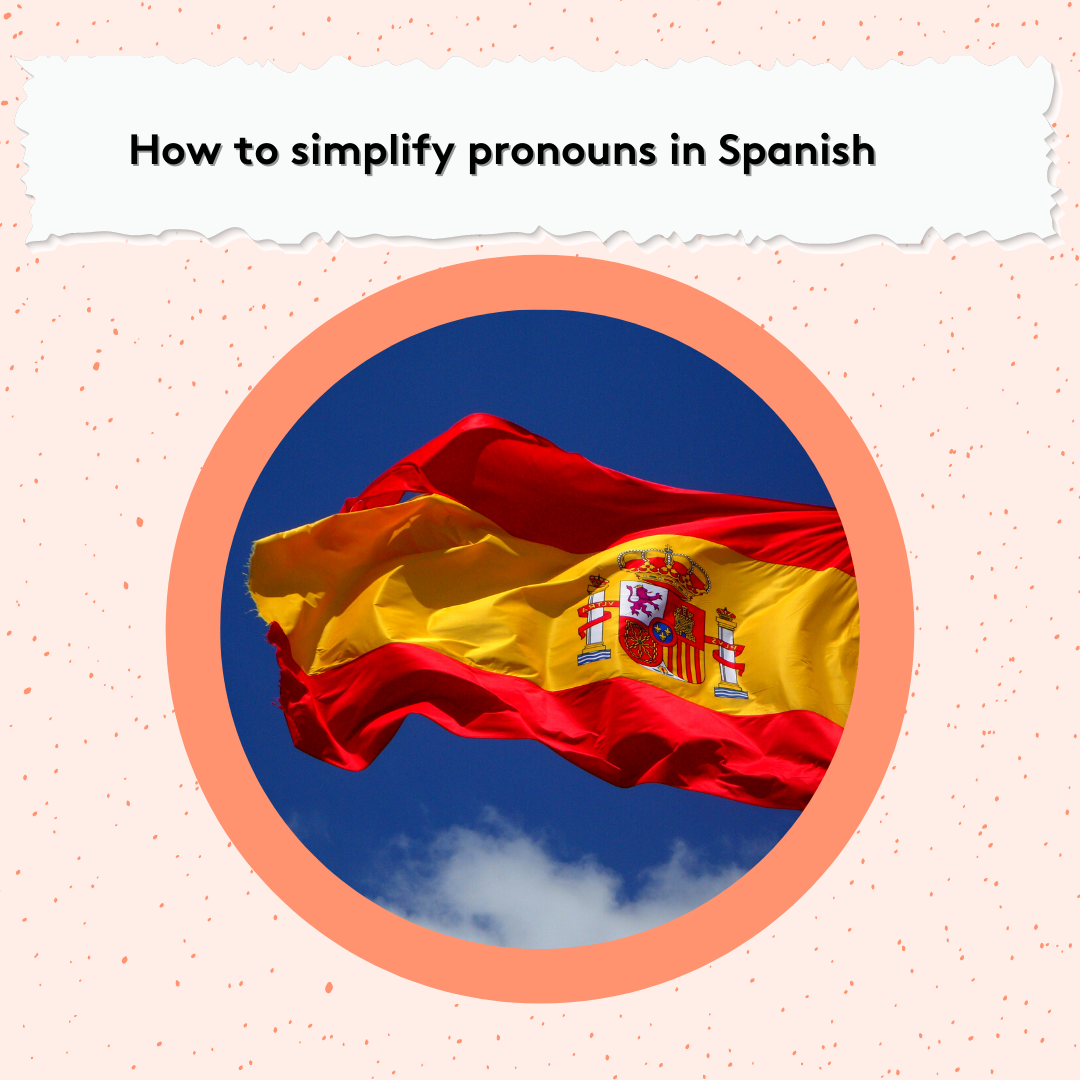 Direct and indirect object pronouns often trip up students of Spanish. But identifying objects and using pronouns can be simple, if you know how to break down a sentence. Let’s look at this through an example!

First, identify the verb and ask yourself who does that action. Who plays the guitar? I do because “I” and “play” go together. Since “I” is the subject that goes along with the verb, “I” is unlikely to also be the object of the same sentence (unless I’m playing the guitar for myself).

What about the rest of the sentence? The only thing left is “the guitar.” To identify a direct object, ask yourself who or what the verb is referring to. What do I play? I play the guitar. So, the guitar is the direct object. In Spanish, then, “yo” is the subject and “tocar” is the verb (“toco”). The direct object is “la guitarra.”

Let’s say we already know we’re talking about a guitar and don’t want to repeat that word. We want to say, “I play it,” where “it” is referring to the guitar. This is where pronouns come in. The most common direct object pronouns in Spanish are:

Since “la guitarra” is feminine and singular, we’ll use the pronoun “la.” We’re done with the word “guitarra” now, because it’s being replaced by its pronoun. That means that the elements we have in this sentence are “toco” (subject and verb) and “la” (direct object pronoun). The only thing left to do is put these two components in the correct order: pronoun, then conjugated verb:

Sometimes, in addition to a direct object, there is also an indirect object. For example:

I play the guitar for you.

If you are using a first or second person pronoun (me, te, nos, or os), you don’t need the indirect object, because those pronouns can only refer to certain people. For example, in the sentence “Te traigo la bandeja” (“I bring you the tray”), “te” could only refer to “you.” However, if you use a third person pronoun (“le” or “les”), you may want to include the indirect object as well to clarify what you’re saying. For instance, in the sentence “Le traigo la bandeja,” it’s unclear to whom I am bringing the tray. It could be to my mother, to my friend Samuel, or to any number of third person singular indirect objects. I can clarify by stating, “Le traigo la bandeja a Samuel.”

So, if we go back to our original sentence, we can replace “la guitarra” with “la” and “para ti” with “te.” To rephrase this sentence, we put the pronouns first—indirect and then direct—followed by the conjugated verb.

As you can see, once you’ve identified the subject, verb, and direct/indirect nouns, you can simply replace those objects with their corresponding pronouns and put the elements in the correct order. Pronouns don’t have to be difficult!

There’s a good reason Spanish is the most-taught second language in America: it’s by far the most useful. Whether it’s for school, business, travel, or simply for everyday life, Spanish rewards anyone willing to put in the effort to learn it.  And with the right teacher, learning it can be a breeze!  That’s where Cambridge Coaching comes in. We offer customized private Spanish tutoring at all levels, from the newest beginners to the most advanced speakers. Our Spanish tutors are exceptional teachers - they are PhD candidates and teaching fellows at NYU, Columbia University, and Harvard University, published authors, and language professionals. Tell us about your goals, and we’ll help you get there in no time.

May 18, 2022 How to study for Chinese dictation quizzes
December 1, 2021 Why I love teaching Spanish
September 20, 2021 A language study routine that actually works
July 23, 2021 Why and how I learned seven languages (and am learning two more!)
February 15, 2021 Learn Spanish with podcasts!
January 27, 2021 How to use root words to learn vocabulary
September 24, 2020 Translator Do’s and Don’ts for Spanish Fluency
August 7, 2020 Explaining eight common Chinese idioms (“chéngyǔ”)
January 24, 2020 The music of Mandarin: learning the five tones of the language
See all
navigate_beforeEdit Filters closeClose
Clear Tags closeClose