How to write more clearly in six steps 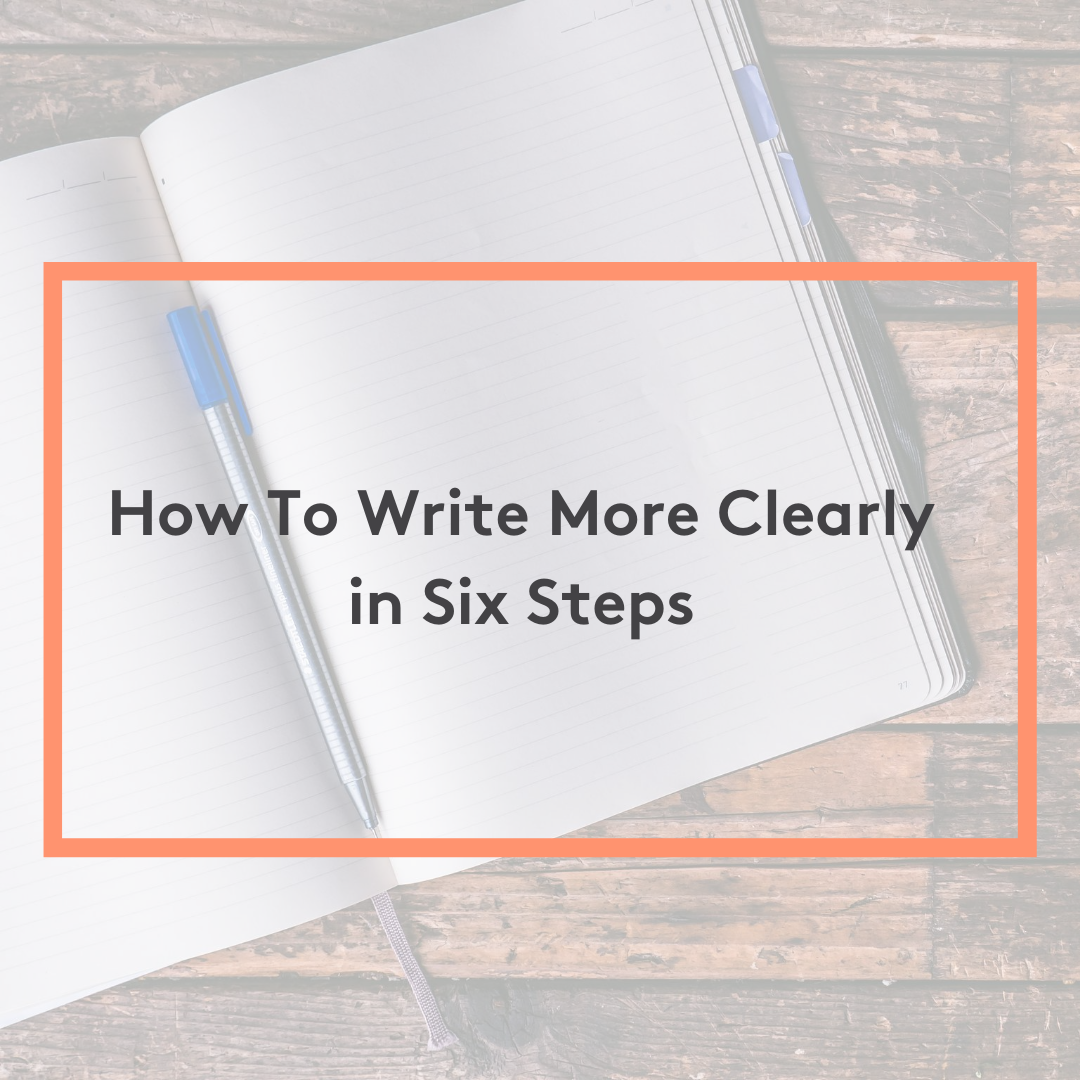 Whether you’re writing a medical school admissions essay, a high school book report, a college research paper, or a personal statement for graduate school, clarity is key. But writing clearly is trickier than it looks. In my ten years of experience as a writing teacher and tutor, I’ve found that there are a few steps that students can take to more effectively communicate what they want to say. Want to write more clearly? Here are six ways to do it:

First, and though this one may seem obvious, figure out what you want to say. If you find yourself writing one garbled sentence after another, try closing your Word document and talking about your ideas to an amenable friend, parent, or pet. Once you feel that you can give a short speech explaining your point, open up the word document again. Clear thinking is the first step to clear writing.

Second, embrace simplicity. College and high school level writers often believe that good writing is complicated: full of long-winded sentences and SAT vocabulary words. But good writing is actually straightforward, using complex syntax or flashy vocabulary only where they are necessary to convey a feeling or idea. If you’re trying to improve your writing by adding extra clauses to your sentences or searching through the thesaurus, chances are you’re moving in the wrong direction. Instead, simplify.

Third, stick to one idea per sentence. College writers, in particular, tend to want to cram multiple ideas into one sentence, stringing them together with “ands” and “buts.” But in general, better to break points up into separate, shorter sentences. This doesn’t mean that you should never write long sentences. Some ideas are so complex that they require long sentences to be clearly expressed. And a few lengthy sentences can give an essay a pleasing sense of rhythm and flow. But if clarity is your aim, err on the side of breaking things down.

Fourth, express sentences as actors doing actions, rather than as noun phrases being other noun phrases (This rule, along with the next two, is partially adapted from the book Style: Lessons in Clarity and Grace by Joseph Williams and Joseph Bizup, 12th edition). Often, writers want to express their ideas in the form of “X is Y,” where X and Y are nouns or complicated noun phrases, as in the sentence:

“Our citizens support the democratic candidate because they see more DNC advertising.”

In general, readers have a much easier time processing sentences when they can visualize a concrete actor doing an action. If you’re faced with an unclear sentence, and especially one in “X is Y” form, ask yourself: who or what is doing an action in this sentence? Then make that person or thing the new subject of the sentence, and tell us what they do.

Fifth, stitch sentences together with phrases that express their relationships to one another. For example, you might want to say:

“Parents don’t like it when their children do poorly in school. Mrs. Brown was furious when her daughter Clara received an F. She grounded Clara for a week.”

Because these ideas are simple, these sentences are pretty clear. But they would be even clearer if they included phrases that indicated the relationships between them, like so:

“Parents don’t like it when their children do poorly in school. For example, Mrs. Brown was furious when her daughter Clara received an F. In response, she grounded Clara for a week.”

These phrases can sometimes be a bit clunky, but they make it easier for readers to follow the flow of an essay’s ideas (especially when those ideas are more complex). Know the relationships between the sentences you write, and state them explicitly.

Sixth, in each sentence, present old information first and new information second. Here’s a great example from Williams and Bizup. Take a look at these two sentences:

“Some astonishing questions about the nature of the universe have been raised by scientists studying black holes in space. The collapse of a dead star into a point perhaps no larger than a marble creates a black hole.”

Not terrible, but not super clear writing, either. Now look at these two:

“Some astonishing questions about the nature of the universe have been raised by scientists studying black holes in space. A black hole is created by the collapse of a dead star into a point perhaps no larger than a marble.”

Overall, clear writing, like almost everything else worth doing, takes work. If you haven’t spent at least an hour or two sweating and cursing in front of your laptop screen, you probably haven’t achieved it. But once you put in that work, your essays will be read with pleasure. These six steps will help you start the process.