The four quantum numbers are as follows: 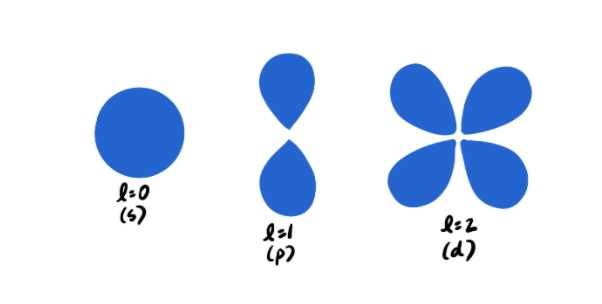 At some point, these rules break down. For example, Plutonium is in the seventh row of the periodic table (n = 7), and its electron configuration is [Rn]5f67s2. The only orbitals present are s, p, d, and f (l = 0, 1, 2, 3), yet our rules suggest that l can go up to 7 – 1 = 6 (the g orbital). What gives? The frustrating reality is that the idea of quantum numbers only works for smaller atoms; more complicated models are necessary for describing larger ones. On the bright side, you will likely not be tested on such a case in your general chemistry studies.