This month, Sandra breaks down Question #2 on the 2015 AP Chemistry exam.  Read step by step instructions on how to solve this tricky question, and get tips on how to avoid getting tripped up on questions like this in the future! 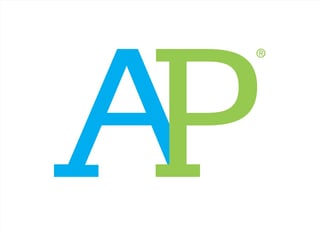 On average students scored 3.88/10 points on this question while only 1% of students got a perfect score. In this question, students are expected to know how to analyze the experimental data that is given and show an understanding of thermodynamics.

(a) Calculate the number of moles of C2H4(g)

(i) that are actually produced in the experiment and measured in the gas collection tube and
(ii) that would be produced if the dehydration reaction went to completion.

(b) Calculate the percent yield of C2H4(g) in the experiment.

Because the dehydration reaction is not observed to occur at 298 K, the student claims that the reaction has an equilibrium constant less than 1.00 at 298 K.

(e) What is the approximate value of the C–O–H bond angle in the ethanol molecule?

(f) During the dehydration experiment, C2H4(g) and unreacted C2H5OH(g) passed through the tube into the water. The C2H4 was quantitatively collected as a gas, but the unreacted C2H5OH was not. Explain this observation in terms of the intermolecular forces between water and each of the two gases.

First, quickly read through the question and get an idea of on what you are being tested. Underline values that are given! Notice that both the standard enthalpy change of reaction(ΔH°298) and standard entropy of reaction  (ΔS°298) are given in different units. They are also given at standard temperature and pressure. During the test make sure to convert all measurements into the correct units before doing calculations and get in the habit of writing out the units in the answer!

Now, let’s work through (a) which asks for (i) the moles actually produced in the experiment (ie. experimental yield) and (ii) the moles that would be produced if the reaction went to completion (ie. theoretical yield). Before hand, remember to clearly label your work and answers for section (a)(i) vs (a)(ii). Points are not given for correct answers in the wrong section. Recognize that we need the equation PV=nRT from the equation table where n represents the moles and to solve for moles the equation becomes n=PV/RT. The question gives us the volume of gas collected, 0.0854L, total pressure, 0.822 atm, and temperature, 305K. Notice that the total pressure is given but we need the pressure of ethene. Given the equation Ptotal = Pwater + Pethene  from the equation table we can solve for Pethene. However, we first need to convert Pwater into the correct units, atm. Given Pwater = 35.7 torr and 1atm = 760 torr using division we can cancel the units and get Pwater = 0.0470atm. Remember the significant figures here. Solving for Pethene = Ptotal – Pwater = 0.822atm – 0.0470 atm = 0.775atm. Using this pressure and the equation n=PV/RT = (0.775 atm)(0.0854 L)/ (0.08206 L atm mol-1 K-1) ( 305 K) = 0.00264 mol. Make sure to write in all the units and make sure they cancel out to leave moles! For (a)(ii), which asks for the theoretical yield of moles if the reaction went to completion make sure the equation is balanced. Since in this case the equation is already balanced we see that 1mol C2H5OH will yield 1 mol of C2H4 thus calculate the moles of C2H5OH given the amount of grams initially used.

Part (c) requires that you know how to calculate ΔG° of the reaction using the equation ΔG°= ΔH°-TΔS° that is given on the equation sheet and determine the equilibrium constant for gas pressure, Kp, from this equation. First let’s calculate ΔG° at 298K like the question requires. Note that ΔH° and ΔS° are already given at 298K but in different units. Convert the units of ΔS° to kJ by diving by 1000 since 1J = 1000kJ. Thus,

The student claims the reaction has an equilibrium constant less than 1.00 at 298K. To determine whether this is true let’s use the equation give from the equation sheet that includes both ΔG° and Kp, which is ΔG°= -RT ln Kp. Solving for Kp we get Kp= e(-ΔG°/RT) < 1. So, yes the data supports the students claim because a ΔG° > 0 results in a Kp < 1. 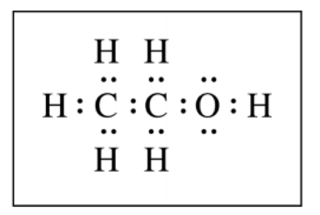 Part (e) asks you to give the bond angle between the C-O-H in this molecule. Due to the lone pairs present around the oxygen this bond makes a tetrahedral like angle, which is approximately 109°. However, the scorers gave 1 point for any bond angle between 100° - 115°.

This question required knowledge about VSEPR models but required no justification to receive points.

This part wants you to show an understanding of the intermolecular forces between ethene and water and ethanol and water.  Ethene, which is a nonpolar molecule, is only slightly soluble in water because of the weak dipole/induced dipole forces of nonpolar molecules. Ethanol however is soluble in water because they are polar and form hydrogen bonds with the water molecules as they dissolve.

Always remember to show your work, label each part of the question correctly, use significant figures, and watch the units!

Are you interested in getting a chemistry tutor to help you?

Here are some additional blog posts on the subject of chemistry!