The 3 Essential Steps to Finding the Right Graduate School 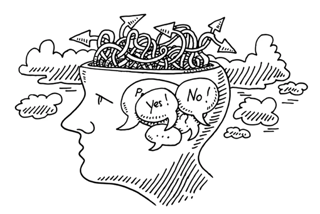 I always knew I wanted to get a graduate degree. At first, I thought I might want to be a lawyer. I studied for the LSAT, applied to Law schools, and got in. After some thinking, I decided I didn’t want to be a lawyer. Then, I thought I might want to be an academic. This was a deeper desire, one I had always considered throughout college. I studied for the GRE, interviewed with schools, and ended up getting acceptances to several Master’s programs. I decided, again, that none of this was for me.  I finally ended up at Wharton, pursuing an MBA.

Step 1: Figure out what you want

As you can see, my process was complicated. It took applying to schools in three cycles for me to realize what I did and didn’t want. What kind of career did I want to have? Did I want to write? Did I want to interact with people? Did I want a flexible and fluid job? I hadn’t considered these kinds of questions at first and wish that I had. I just thought that I might like academia or law. It wasn’t until I went through the arduous application process itself did I figure things out - because writing an application enables you to think deeply about yourself.

In sum: think about your future, especially the kind of career you’d like to have, before you apply. Talk to people around you to better understand the workplace. Dissect the reasons why you like and dislike certain things.

The biggest mistake I made was making the decision to apply to graduate school so early. At the age of 20, before finishing 4 years of college, I somehow knew that I wanted to go to graduate school. I’ve always been a planner - but this was over planning at its best. There are plenty of people out there who never go to graduate school and succeed immensely in what they do. This early desire to go to school pushed me to apply to programs impulsively. At some point, I was simply applying to apply, desperately trying to get myself some additional degree before it was “too late.”

In sum: don’t make premature declarations. Graduate school is expensive, takes time out of your life, and can be useless. Be thoughtful about the decision.

Step 3: Don't be afraid to pursue all of your options

I had been working at a financial management consulting firm for a few years after school, and while this was a huge change from the museums, galleries, and auction houses where I had interned as a student, I actually enjoyed the work - it was impactful, I was problem solving, and I was still writing. For some reason, though, I deluded myself into believing that an academic career might be more fulfilling and better for the world. I didn’t let myself believe that perhaps an MBA could be a viable option. After my second time applying to schools,  I started to think about what an MBA could do for me and where it could help me go. I ultimately realized that an MBA was an incredibly diverse degree. Many of the people I admired and looked up to, especially in the arts, had received MBAs.

In sum: consider the full range of graduate school options. Don’t pigeonhole yourself early on. Think about the people you admire, how they got there, and understand how graduate school fit into their trajectories.

Ultimately, graduate school shouldn’t be something you force yourself into pursuing. There should be a genuine desire and oftentimes, a need, for the degree.

Are you interested in talking to one of our coaches about your graduate school decision?  We have admissions coaches in Boston and New York available to help you bucket your school lists, write your admissions essays, and interview for the school of your dreams!

Are you interested in reading more on the seemingly daunting process of applying to graudate school?  Read these blogs to make the task more transparent:

Graduate School: How to Get the Best Financial Aid Package Possible