The puzzle pieces of an argument

When learning about argumentative writing, my students regularly freeze. The terms claim, reasoning, evidence, and explanation all appear to be the same. They are unsure where to start and where to end. So let’s break it down together.

What is an argument?

An argument is the central topic, stance or response to a question that a writer is trying to answer or argue for. 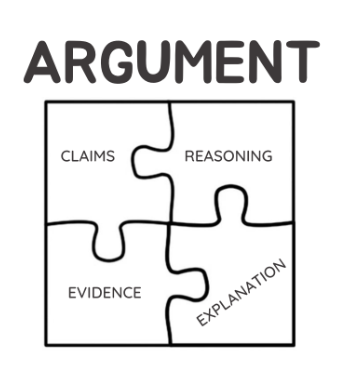 Claim, reasoning, evidence, and explanation are the puzzle pieces that work together to prove or unpack this argument.

What is a claim?

Claims help answer the stance or question. They are the mini-arguments that share the purpose of the bigger argument. Generally, I encourage students to think about claims as “their position + because…” and to come up with 2-4 claims. These claims could eventually make up the body paragraphs of their essays.

In other words, a claim is a mini reason the argument is true and why that is the case.

Note that thinking about counterclaims (or mini reasons for arguments against a writer’s own argument) is a really strong way to be able to address counterarguments when the writing or assignment calls for this.

Evidence is the facts (sources could be numbers/data, books/writing, quotes, etc). These pieces are important because they prove or disprove the argument. Good evidence is what differentiates strong claims and arguments from weak ones.

Reasoning is all about choices. It is the thinking behind the evidence that leads to the claim, comparing evidence to what we already know and analyzing the influences of setting or characters on the argument. Reasoning tells us:

What is an explanation?

Explanation is similar to reasoning as it can also be explaining why evidence is chosen. Explanation is different, however, in that it also makes clear why claims or reasoning were chosen. Generally, I remind students that explanation is about making sense for the audience and is a writer’s opportunity to tell the full story or to share their thinking out loud.

Let’s put it into practice!

Here are two brief examples which help show the differences in the 5 terms. 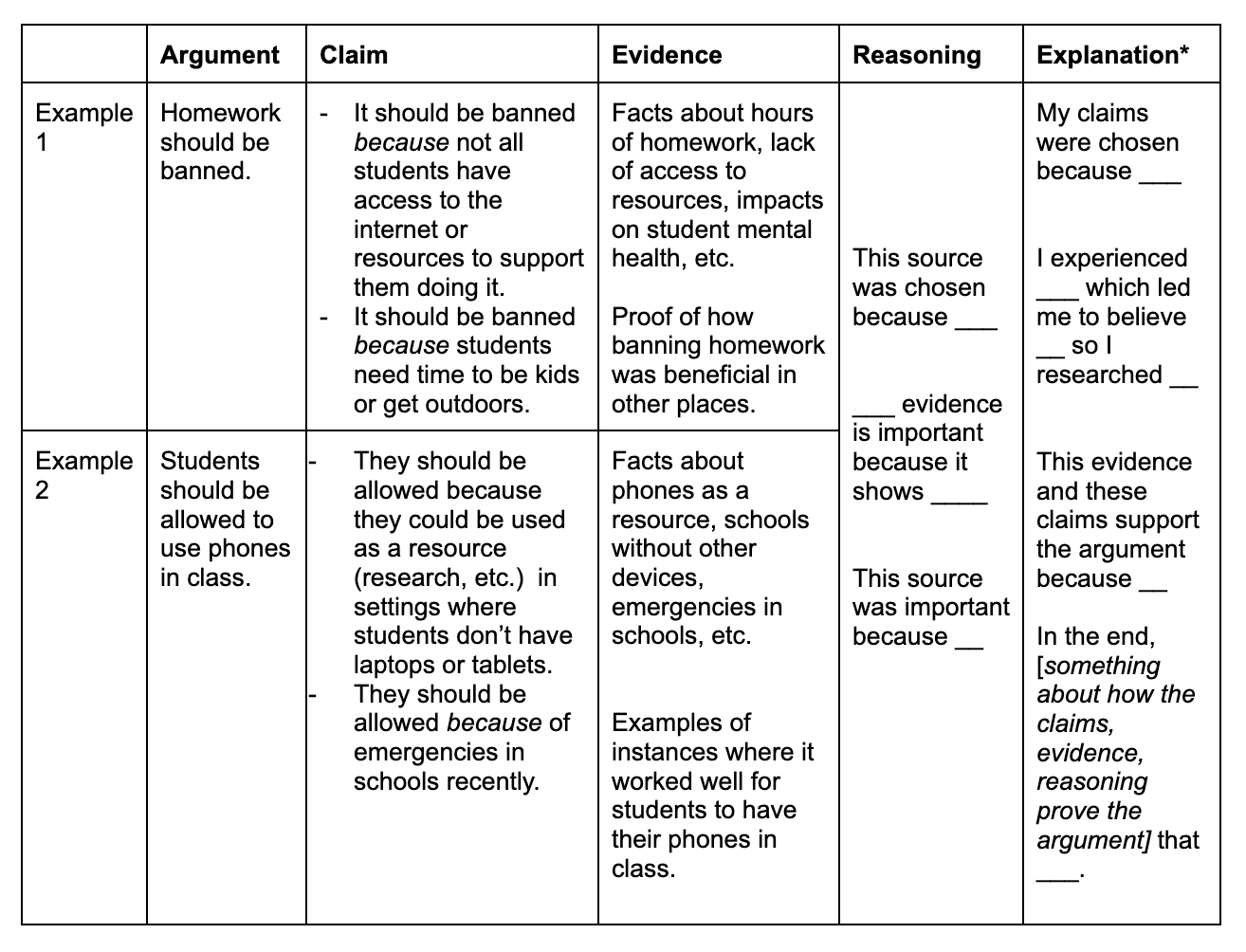 *The explanations above are written in first person. Double check the tense your teacher wants the paper in. If they are asking for third person, you would not want to use I, me, my, our, we, etc.

December 7, 2022 Quantum Mechanics in 5 minutes
December 5, 2022 How to approximate the value of pi
November 30, 2022 Befriend your admissions anxiety
November 25, 2022 Why learn to write?
November 23, 2022 How to participate in class without saying a word
November 21, 2022 A college application guide for rising seniors
November 18, 2022 Decoding and comprehension: the two components of learning how to read
November 16, 2022 The physics behind hybrid vehicles
November 14, 2022 Don’t think you’re a scientist? Think again!
November 11, 2022 How to navigate a computer science major
See all
navigate_beforeEdit Filters closeClose
Clear Tags closeClose