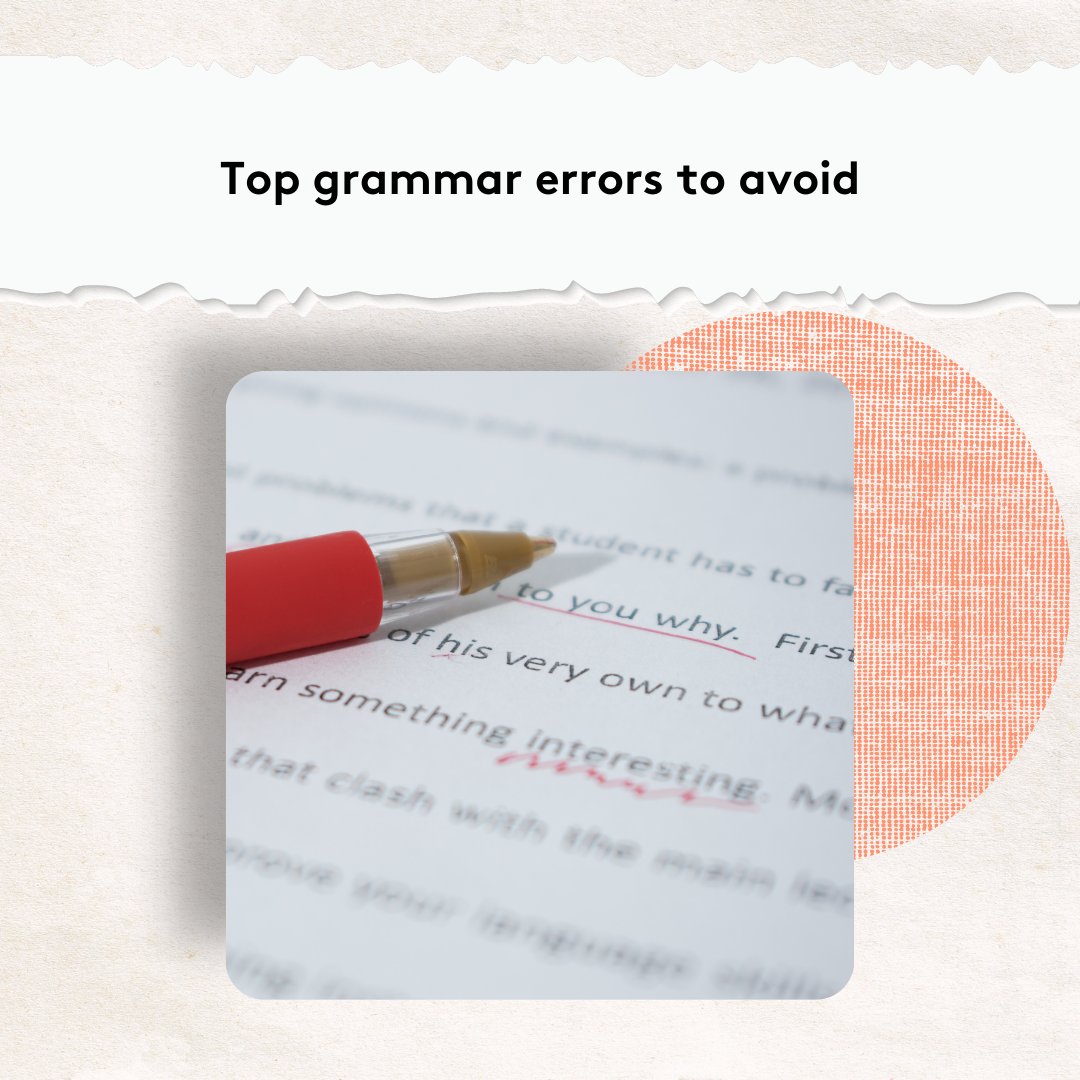 Throughout the years I’ve spent reading and writing, I’ve seen my fair share of grammar errors. But few are peskier, or more pervasive, than the two I’ll discuss in this post. So common are these two grammar errors that I regularly encounter them in professional writing — sometimes even in articles by full-blown professors! These two errors often mark a crucial difference between merely intelligible and actually correct English prose. Eliminate them from your writing, and you’ll improve it by more than you realize.

The most common error I see, even among advanced writers, is an error called a “dangling modifier” (or “misplaced modifier”). A modifier is a phrase in a sentence — typically set off by a comma or commas — that describes (or modifies) some noun in that sentence. Take, for example, the following sentence:

“Thinking about my dog, I became emotional.”

Here’s an example where the noun is nonexistent:

“Thinking about my dog, it became clear things were going to get emotional.”

Who was thinking about my dog? It? No, not it. Me! But wait, where am I? Nowhere to be found in the sentence.

Here’s an example where the noun is in the wrong position:

“Thinking about my dog, it became clear I was going to get emotional.”

Again, the problem here is that the sentence, grammatically, indicates that “it” was thinking about my dog, as opposed to me. The "I" does appear in the sentence ("I was going to get emotional"), but the "I" is not grammatically positioned as the subject that the modifier modifies, as I should be.

People make this second form of the error all the time, especially in advanced writing. Even in erudite contexts, you’ll frequently encounter sentences like these:

"Complicated and cumbersome, they left those old-fashioned formulae behind."

Can you spot the error?

This second error is harder to correct because it comes in so many different forms, and evading it requires an abundance of knowledge (or Google). Nonetheless, it can be combatted!

“His argument for the thesis is different than mine” (should be: different from; different than, if not technically grammatically wrong, is tinny and awkward).

So, watch your prepositions carefully. Look them up, while you’re writing, where need be. It may feel like nothing to you, but to the right reader (the type of reader who might be assessing or reading your writing), it can make a real difference.