College Admissions: How Important Are My Grades? 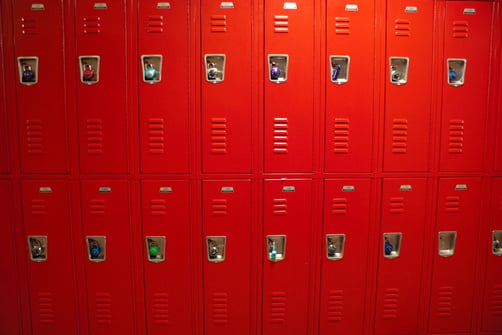 There’s almost nothing that creates more anxiety in the admissions process (and the whole high school and college experience) than grades. For better or worse, we’ve come to think of them as the major metric on which a student’s performance is judged, and that has created an entire culture of worry and pressure around them at every step of the educational process.  Actually, it’s mostly for worse.

Having worked with student applications and talked to admissions officers at the schools I’ve taught for approaching a decade now, I’m here to tell you a truth about what’s subtly going on behind the scenes: the times, they are a changin’. The unrelenting boom in the number of students applying for college is not just changing the university admissions rates, it is quietly changing who schools look at and why.  It has a complicated relationship to that old question, “how important are my grades, really?”

The answer: probably not as important as you think.

1. Coming Out In The Wash

One of the paradoxical results of the application boom is that grades are becoming less important, not more.  As more students apply, it generates what one friend called an “achievement glut”.  Put simply, if schools wanted to, they could fill their ranks with the highest GPA students available.  There are plenty of students in every possible grade bracket, so other differentiating factors become proportionately more central.  Many universities and colleges have always prided themselves on looking beyond the transcript, but as they have more and more high achievement students, they are both able to select more based on different factors, and are willing to take risks on more students because they are able to pad their statistical average as much as they like.  College ranking systems like the Princeton Review are still king, but schools have found more ways to maneuver within those metrics to select student bodies that cater to whatever niche in the college market they are trying to fill.

All this thinking about other ways to sort candidates has created a parallel shift in priorities.  It may sound cynical, but schools have to look after their bottom line, so nationally and internationally they are looking for new ways to ensure their income and boost their endowment while still providing plenty of opportunities for low-income students.  One of the things that they’ve figured out is how to create sophisticated econometrics for future patterns of donating to the school.  Yes, believe it or not, many (not all) schools are partially evaluating your file based on how likely it is that you’ll give them money.

That’s not so bad, though, really, because it turns out that a lot of the things that are important for that are things that are good for the students.  Well-funded, expansive extra-curricular activities are important.  Diversity in interests, in addition to more traditional measures, becomes all the more valuable.  Tacit policies that deliberately prioritize groups like student-athletes (who give notably more to schools on average during their professional career) have been controversial, but even where schools aren’t that aggressive, there are often mechanisms in place that are less overt versions of the same idea.

For you as an applicant, that all means that the things that you’ve heard for awhile that you’re supposed to tout – clubs, sports, community service – have taken on a new meaning and centrality.  Whether or not schools are necessarily looking for more “well-rounded” students, they are certainly paying more attention to the kinds of engagements a student is likely to have on campus, and they want to see that you’re likely to be an active member of the student body.

A last thing to remember is that the people reviewing your applications are exactly that: people.  Those people go through a couple of periods a year of looking through hundreds, sometimes thousands of applications each, and it is an exhilarating but completely exhausting process.  The more selective the school, the more this matters, and as application rates explode, it’s only getting more so.  Put yourself in their shoes.  If you have a pile of 30 lovely, pristine, and supremely dull applications on your desk, and one that is messy but fascinating and different, you’re pretty likely to give that latter application a good look.  We always say you want to put your best foot forwards, but crafting your application file is often times about what kind of shoe you put on that foot, so to speak.  A great, distinctive essay or portfolio can go an enormously long way for a student.  Sometimes, it can be decisive.  Certainly, except in extreme cases, at many selective institutions it has become decisively more important than grades.  And maybe that’s how it should always have been.

Are you interested in working with connecting with a college coach?

Craving more on the admissions topic?

College Admissions: How to Select and Contact your Recommenders

Where Else Could you Go to College? Your Top Four Choices Beyond the Ivies

How to Address Weak Areas of your College Application