Four Tips to Ace Your Next History Term Paper 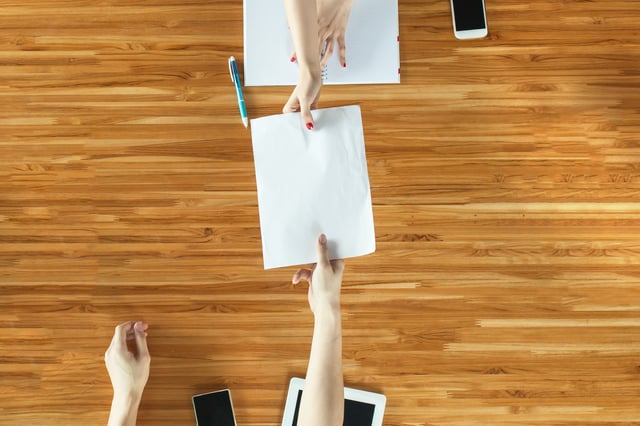 If you’re taking a history class this semester, then its almost guaranteed that you’ll have to write a history term paper. You may already be a top-notch writer, but your professor might not tell you that history papers are a unique type of essay. The expectations for a history essays are different from most other classes, and professors and teaching assistants are often on the lookout for a few tell-tale signs of a mediocre or bad paper. Whether a short reading response or a long essay based in original research, here are four tips I wish I had known as an undergraduate student who needs to write a history term paper. Some are small, grammatical tips that can make a big stylistic difference. Others are bigger ideas about how a paper should be structured.

Beware of the impulse to summarize

Summary was the most common issue I encountered when grading undergraduate history term papers. Instead of analysis, many students tend to slip into simply describing historical events. Summary is a great way to get a “B,” but an “A-” or “A” paper distinguishes itself on its original insight and the way it uses facts as a jumping off point for bigger ideas. One tip: Look at every single sentence individually. An ideal argumentative sentence structure will start with a fact (something objective) followed by analysis (something subjective). If you have a bunch of sentence with only facts, then you’re summarizing, not arguing. Don’t let the facts speak for themselves. It’s up to you to show what they mean and why they matter.

When introducing a new figure, idea, or topic, provide some historical background. Let’s say you’re writing a history term paper about the election of President Franklin Roosevelt in 1932. The obvious, important, context to his win was the Great Depression and the fact that his opponent, Herbert Hoover, came from a line of business-friendly Republicans who appeared responsible for the Depression. You’ll need to explain this to show you have a full grasp of the material.

...But don’t use too much context

The trick here it to find the sweet spot. Too much context gets boring and drifts into summary, while too little can hurt your argument. In the 1932 example, a little context about the Democratic Party in the 1920s would be helpful: Who were its primary voters? Was FDR different from its previous candidates? But an explanation of Andrew Jackson’s role in founding the Democratic Party in the 1820s is taking it too far. Sometimes a single line or two of context can get the job done. For each layer of background, ask yourself: Is this vital to understanding the argument of my history term paper?

A simple linguistic switch can help the flow of your writing. Once you finish your essay, search the document for any “be” verbs. Replace these verbs with more descriptive alternatives like “represents” or “proves.” You should especially watch out for any sentences beginning with “It is,” “There is,” “There are,” or “There were.” These structures are inherently vague. Whenever possible, start sentences with a subject followed immediately by a verb, for example: “Franklin Roosevelt said,” “The Democratic Party offered,” or “The Great Depression caused.” “There is” is not a descriptive opening because it does not specify exactly who/what the subject is or what they/it are doing.

Some of these changes are small, but they can go a long way in improving your paper. Make sure you review your essay multiple times, each time looking out for one specific problem. Pay attention to summary one round. Look out for “be” verbs the next. Lots of factors shape your grade on a history term paper, and attention to these four common mistakes might just get you the result you’re looking for.

Are you interested in connecting with a tutor like Jonathan, who can support you on writing your history term paper?

Craving more on the subject of history?  Read some of our previous blog posts here!

How To Write An Excellent History Paper