statistics & probability
By Ben We. 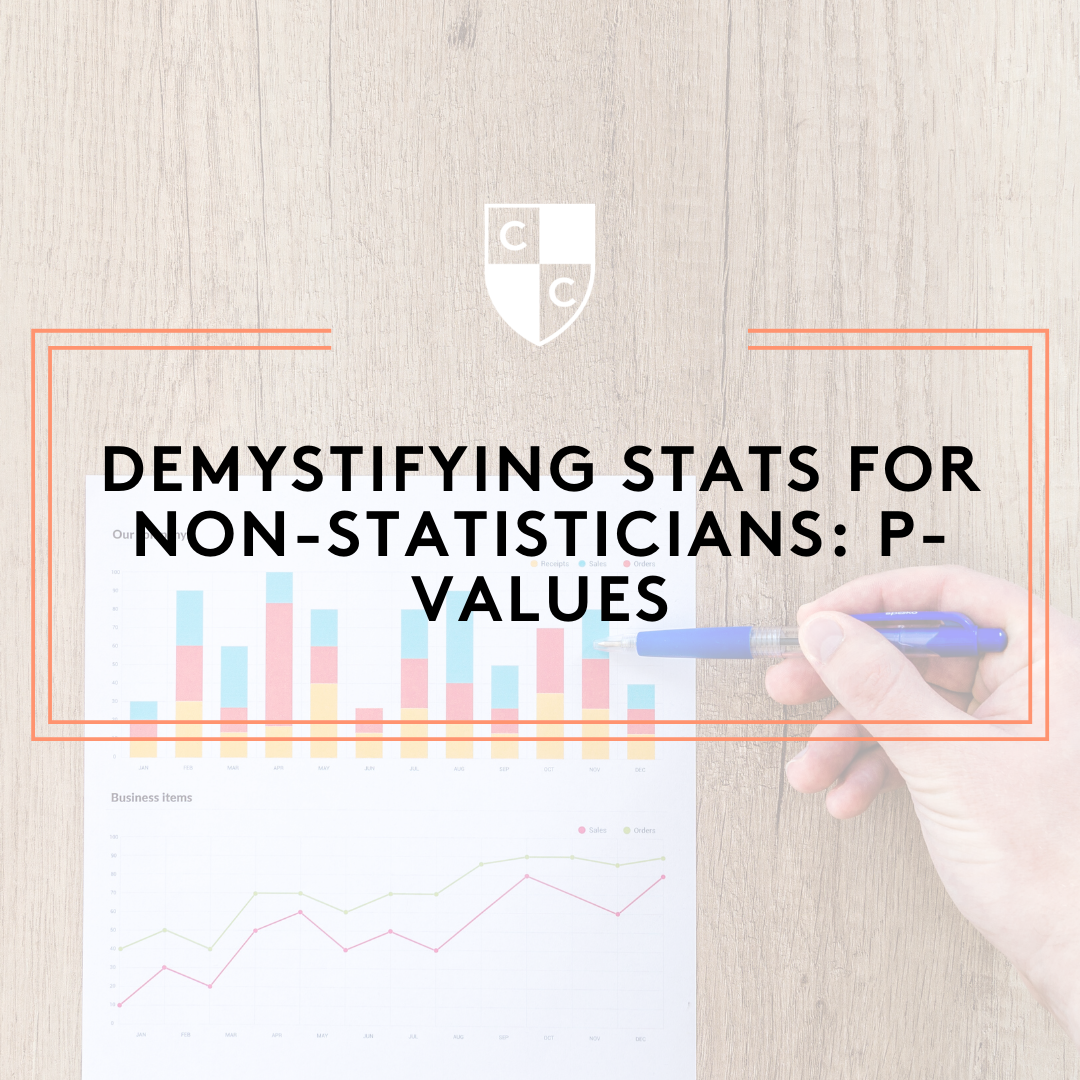 If you’ve ever taken a statistics course, you’ve experienced the strange, slightly opaque world of statistical jargon, where colloquial language has highly specific meanings that are easily abused. One of the most famous, most abused statistical terms is the “p-value.” In almost every field of science there’s an ongoing discussion over P-values, and whether the common P-Value Threshold of 0.05 is even reasonable or not. So, what is a P-value, and why is 0.05 such a contentious number?

What is a P-Value?

Before I give you the book definition of a P-value, let me recap how the statistical court of significance works. All data is initially assumed to be ordinary, terribly boring, and totally within expected boundaries unless proven elsewise. To decide that some observations are worthy of note, statisticians need a quantitative method.

That’s where the P-value comes in. Academically, the P-value is the probability of obtaining results as extreme as the observed data, assuming that the null hypothesis is correct1. While that definition is rather stuffy, opaque and not at all appealing, I hope you’ll understand it with this more concrete example. Let’s say you have a friend named Alvin who loves to play tricks on you. One day, he comes up to you with a coin and tells you to guess heads or tails.

You guess, and he flips heads.

Then, he flips heads again.

And, once more, to be sure, he flips the coin and it lands heads.

How many flips would it take before you suspect that he is using a trick coin? For me, it would be between four and five heads in a row - four is suspicious, and five, far too many heads in a row. This gut feeling is your intuition’s P-value threshold. Unfortunately, while intuition is acceptable with your friend Alvin, it doesn’t fly for statistics. So, let’s actually see what the probability of flipping 4 or 5 heads in a row is.

That 6% chance is the P(robability)-value, and the point when you feel with uncomfortable with the odds is your P-value threshold.

The problem is that so many people are taught with that standard, that they just look for that magic number, throwing out results with a P-value of 0.051, while confidently wielding results with a P-value of 0.049 like the ten commandments. However, the truth is that the “insignificant” 0.051 is almost just as rare as the “significant” 0.049. So, why the hang up on 0.05, and why don’t we use other numbers?

For one, it is a good baseline metric – 1 in 20 is a pretty rare event, but not so rare that it is an insurmountable bar. For example, during early March, there is approximately a 4-5% chance of experiencing a mixed rain/snow storm in Boston. As any local can attest, a mixed storm in March isn’t extremely rare, but it isn’t expected (or wanted for that matter). As a result, a 5% threshold is strict enough to keep the most unlikely events out, but not so strict as to disallow relatively unlikely events.

More importantly, since 5% is the accepted standard, using that value indicates that you play by the rules and that you’re not trying to pull some trickery. So, many statisticians won’t bat an eye at a P-value of 0.05.

However, there are actual quantifiable issues with the 0.05 P-value, and times when even the most rule-following statistician would gladly move the threshold. However, these are outside the scope of this post, and will be covered another time. Until then, good luck and hope the data gods reward you with some good P-values!

Looking for more information on statistics? Check out some other helpful blog posts below!:

May 4, 2022 Understanding the central limit theorem
December 4, 2020 Statistics is for everyone and it may be a career for you
December 2, 2020 Calculating flood risk using probability and statistics
August 24, 2020 Understanding a confusion matrix
June 3, 2020 Introductory Statistics: Are my data normal?
April 13, 2020 Statistical Mediation & Moderation in Psychological Research
November 19, 2018 Why Understanding Statistics Matters More Than Ever
May 3, 2017 How to use probability trees to evaluate conditional probability
May 13, 2016 Data Science and Intuitive Mathematics
See all
navigate_beforeEdit Filters closeClose
Clear Tags closeClose