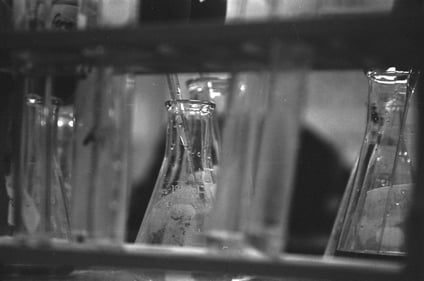 Determining which of two molecules is more acidic is tricky if you haven’t yet organized those factors that influence acidity. The protocol is a method I learned from my mastermind Orgo 2 professor to keep these ideas in order when they come into conflict. Namely:

Size is more important than

Electronegativity, which is more important than

Resonance, which trumps the

How to Use the Protocol

This makes sense, right? When we’re deprotonating an acid we’re bringing the acid to an unhappy place: a place with a full-blown negative charge. (We like neutrality–not charge!) Of course, then, in picking the more acidic molecule we should pick the one being brought to the better of the two places. In other words, minimize the discomfort!

This also makes sense. If I’m comfortable with my electrons, why would I give them away to a proton? 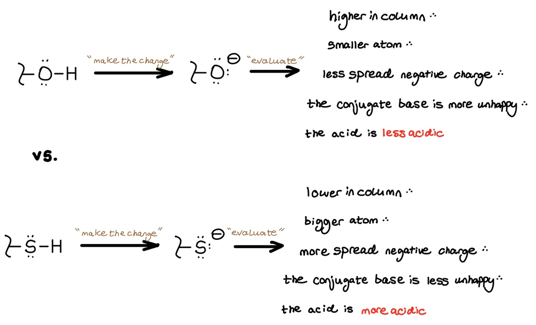 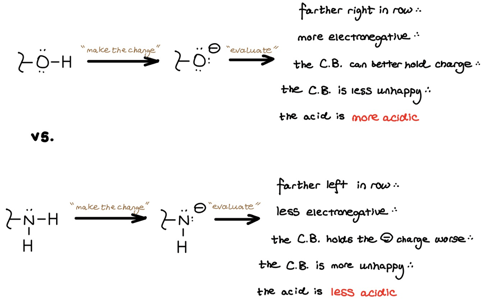 What about basicity? Why is Orgo’s hallmark basic functional group the amine and not the alcohol? Oxygen is to the right of and more electronegative than nitrogen. Therefore, oxygen holds onto its lone pair electrons tighter and is more comfortable hanging onto them. An amine’s nitrogen holds onto its lone pair looser and is less comfortable hanging onto them.

If you’ve made it this far down the protocol, it’s because you’re comparing charges on the same atom (with identical size and electronegativity). Your new job is to count resonance options. The conjugate base with more resonance options has more ways to delocalize and stabilize the resultant negative charge. As always, minimize the discomfort! 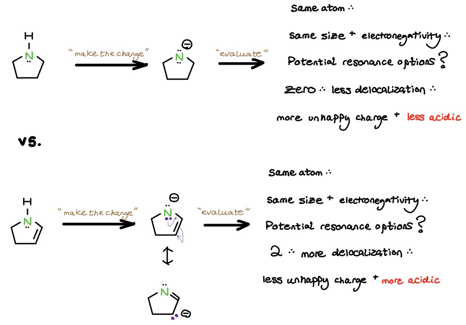 Recall that inductive donors are general alkyl groups (e.g. methyls and ethyls). After making the change and evaluating, we see that alkyl inductive donors destabilize negative conjugate bases. I tell my students that such donors blow up the negative charge. 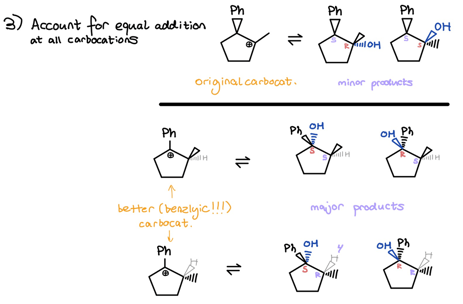 The last thing you should do in orgo is memorize statements like “more resonance = more acidic.” Statements like these are meaningless because they don’t rely on a string of logic. The protocol gives you the theory necessary to reason through your acid-base problems without having to rely on tables of pKa values–my absolute biggest pet peeve! Use your head, and don’t forget:

Do you need help in organic chemistry?  Reach out today to connect with one of our chemistry tutor in Boston, New York, or online.

Looking to read more on the subject?