Why Being Smart Won't Lead To Academic Success 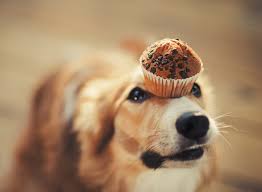 Self-discipline is a balancing act.

Many bright, intelligent, ambitious students have crossed my path throughout my years as a one-on-one academic tutor. Sometimes these students’ parents are confused as to why they don’t seem to be getting the grades they should be getting, or why they aren’t as successful as they are very well capable of being.

Well, it’s not just the parents who are concerned – more often than not, it’s the students themselves. And when I say students, this applies to sixteen-year-olds in high school, all the way to professionals in their mid-thirties trying to get into a graduate program.

What distinguishes top achievers from others? Are they simply smarter? If so, what explains the wide range of performance among individuals of equal “intelligence”?

In a longitudinal study of 140 students by Professor Angela Duckworth, self-discipline predicted final grades, school attendance, and standardized achievement test scores. In a replication with 164 eighth-graders, a behavioral delay-of-gratification task, a questionnaire on study habits, and a group-administered IQ test were added.

Self-discipline measured in the fall accounted for more than twice as much variance as IQ in final grades, school selection, school attendance, hours spent doing homework, hours spent watching television (inversely), and the time of day at which students began their homework. The effect of self-discipline on final grades held even when controlling for first marking period grades, achievement test scores, and measured IQ. 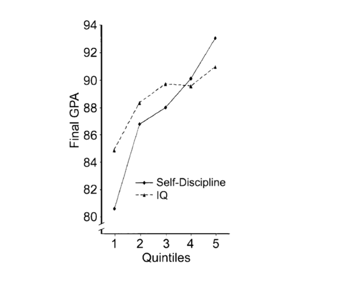 These findings suggest a common reason for students falling short of their intellectual potential: their failure to exercise self-discipline.

Thus, building self-discipline may be the royal road to building academic achievement. Professor Duckworth’s study shows that often, success is not so much about being smart, but about studying smart with the right strategies. For all students, regardless of age or “intelligence,” the key to high achievement lies in figuring out how to incorporate a productive, efficient study system into their already busy lives.

For more study tips from our study skills tutors in Boston and New York, check out these blog posts: Achievement Goals And Why They Matter, Study Skills: 5 Simple Steps for Straight A’s!, and Summer Academics: Make The Most of the “Lazy” Months.