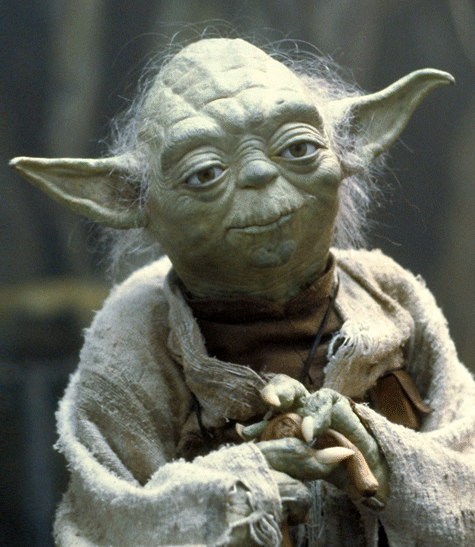 Patience you must have, young Jedi. The blank page you must respect.

In my last post I commented on the distinctive blend of scientific and humanistic ideals that inform good philosophical writing. I also recommended copying out passages from the great philosophical stylists as a way of getting a feel for it.  But we cannot learn by imitation alone.  So in this post I’d like to discuss some general principles for writing a good philosophical essay.

The point of the vast majority of philosophical essays today is to make one claim of some philosophical significance and to provide rigorous argumentation for it.  So the first step in writing the essay is to decide what the primary claim will be.  While seemingly straightforward, this approach is usefully contrasted with other, not so good ways to approach writing a philosophy paper.  Such approaches include: wanting to write a paper on the general topic of X (where X is one’s philosophical hobby horse of the moment); needing to write a paper of some specified length and trying to figure out how to meet the length requirement; aspiring to write a paper that shows how all of one’s deep, secret philosophical convictions fit together into one great picture of reality.


The first step is also harder than one might expect.  As a philosophy tutor, my students are consistently tempted to try to fit what are actually multiple distinct claims into one “big” one.  After years of working at it, I continue to find the same temptation in myself.  I think the temptation stems from fear of triviality or from the desire to say something as informative as possible.  Such desires are necessary in social, communicative beings like ourselves.  But, as I’ve emphasized previously, the philosophical enterprise values precision, clarity, and rigor of reasoning in a way that obviates the usual weight of such concerns.  In philosophy, an issue clarified, or an old thesis argued in a novel way that avoids old objections trumps concerns about triviality.  So a claim as simple and straightforward sounding as “the standard definitions of knowledge are wrong” can be the basis for a much better philosophy paper than something seemingly more profound sounding like: “knowledge is both more and less important than fundamentally conceived of by the entire Western tradition”.  (In fact, the former is the basic claim of one of the most influential philosophy papers of the last 50 years, available here).


Now, I was careful above to use the language of “claims”, which I think of as generally having larger scope than “thesis”.  Not every good piece of philosophical writing needs to advance a “thesis” in the sense of taking up a position on a controversial philosophical problem.  One can “simply” raise new philosophical problems or argue that a current debate is not making progress because a crucial distinction is not being made.  One’s “claim”, then, can be that a previously unrecognized philosophical puzzle exists or that there exists a conceptual distinction that might be potentially very useful.  Nelson Goodman’s raising of “the new riddle of induction” in his classic Fact, Fiction, and Forecast, was far more influential than his own offered solution (no doubt, in my opinion, because of his greater clarity and strength of argumentation with regard to raising the riddle than with trying to solve it).


So identifying and formulating a main claim is the key to getting a philosophy paper started.  It will determine how one approaches the next essential piece of good philosophical writing, the argumentation.  The nature of one’s main claim will determine what kind of argument is best, how long the argument needs to be, and so on.  And the formulation of the claim will determine how one situates the argument within the existing literature, i.e., what kinds of comparisons and clarifications need to be made.  There is much to be said about good guidelines for approaching these aspects of philosophical writing.  While you are all busy formulating claims for your next great philosophical pieces, I’ll be preparing thoughts for you on how to develop and present arguments for them.