Do Top Colleges Care If Students Take Both the ACT and SAT? 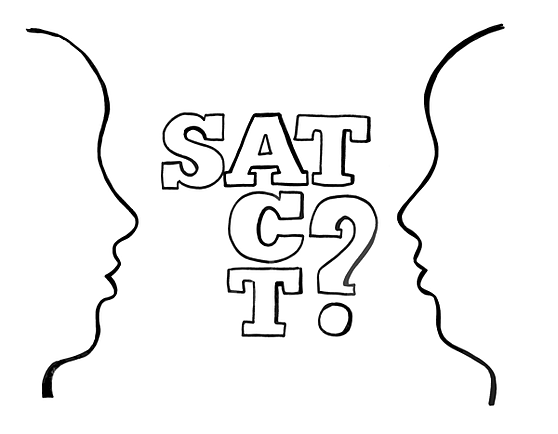 Do top colleges care if students take both the ACT/SAT? Do colleges have a preference for one of the tests over the other (i.e. Do some schools prefer the ACT, while others prefer the SAT?) Will an applicant who has taken both the ACT and SAT be favored over one who has only taken one of the exams?  Different answers and opinions were revealed to all of these of these questions in a recent article in the New York Times. In this post, I give a quick summary of the discussion around these questions by looking at them one by one.

Do top tier colleges care if students take both the ACT/SAT?

Traditionally, some top-tier schools from the East Coast and West Coast considered the ACT to be, “to a degree the stepchild of the SAT” according to Tom Parker, dean of admissions and financial aid at Amherst College. Conversely, children in the South and Midwest always considered taking the ACT a normal rite of passage. In 1994, when I graduated from a high school in Oklahoma, the majority of my peers took the ACT, and only my most high- and mid-level achieving peers took the SAT as well. But as of 2013 more students took the ACT. With that shift in test-taking over the past couple of decades, perhaps it is not surprising that all top-tier schools now accept either score. So then the question becomes:

Do colleges have a preference for one test over the other? (i.e. Do some schools prefer the ACT, while others prefer the SAT?)

In a word, no.  Colleges say that they do not act preferentially to those who took the ACT versus the SAT. Those interviewed for the NY Times spread said that both tests are good predictors of college performance. Of course that view opens a whole other can of worms, which I will not address here.

Will an applicant who has taken both the ACT and SAT be favored over those who have only taken one of the exams?

While schools say that they do not favor those who take both exams, Janet Rapelye, dean of admissions of Princeton says that taking both exams is fine and perhaps even desirable.

Given that fact, many students are still opting to take both tests with the hope that if they have good scores on both, their applications will be sweetened and more well-rounded.

In response to this new drove of students submitting scores from both tests, Rapelye goes on to say “I don’t know all the pieces of why this is happening, but I think more students are trying to make sure they’ve done everything they can….and for us, more information is always better. If students choose one or the other, that’s fine, because both tests have value. But if they submit both, that generally gives us a little more information.”

As a tutor, I advise students who plan on applying to high-ranked colleges to take both, particularly if I get to work with them before their junior year. On the other hand, if I get a student right before her senior year, I am more cautious about giving that same advice. At that point, I would rather see students really focus on using the limited time to learn about one of the tests and improve each content area. There are always exceptions, though, and I have had plenty of students not figure out that they need to get the whip cracking on standardized tests until the 11th hour.  But with the right attitude, perseverance, test preparation material and tutor/coach/mentor, even the most procrastinating students can pump out some really good scores on her ACT, SAT and even Subject Tests.