Philosophy Tutor: What is the love of wisdom? 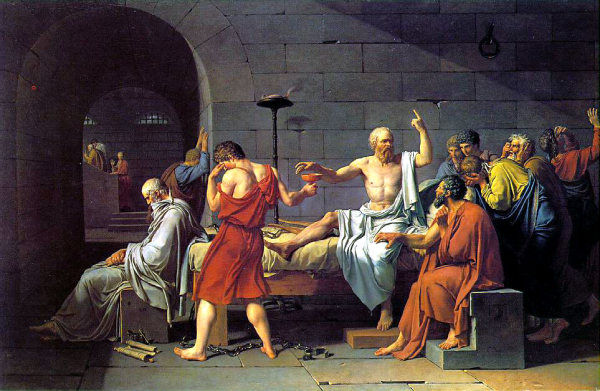 The word “philosophy” comes to us from ancient Greek and means “love of wisdom”.  Someone who pursues philosophy, then, was supposed to be someone who was seeking the attainment of wisdom.  What is wisdom, though, and what is it to love wisdom?

Normally, as a philosophy tutor, I answer questions pertaining to particular philosophical texts or problems.  I don’t often reflect with students about the questions above or ask them whether they think an education in philosophy has brought them closer to gaining wisdom.  I would like to take the time to do some of that in this post.

There are elements of truth to the image of the guru. As an ideal, it is difficult to find fault with.  Who doesn’t want the answers?  But the beginnings of wisdom, I submit, come from really being able to see just how difficult, and perhaps impossible, that ideal is.  And the right kind of equanimity or peace to be gained is the kind that comes from reconciling oneself to its unreachability--to not having the answers.  Socrates finally accepted the oracle’s pronouncement of his unparalleled wisdom only when he decided that what set him apart was his awareness of the extent of his ignorance.

But isn’t accepting one’s state of ignorance self-defeating?  Don’t we do philosophy so that we can answer the really deep, troubling questions?  And how could one possibly love the awareness of one’s own ignorance?  These are good questions and I do not mean to suggest, for a moment, complacency in the face of ignorance.  Note that I also said, “the beginnings of wisdom….”.  Philosophy is often an extended exercise in learning not to be as certain about the received answers prevalence in society as one was socialized to be.  This does not mean that we do not attempt to find answers when we do philosophy.  It just means that we do so with a permanent appreciation of how difficult the whole enterprise is.  And, if one has truly gained such an appreciation, one’s suspicions are automatically aroused by new claims of certainty.

But wisdom, I submit, resides rather in the ability to ask and understand the questions, effectively seek the answers, and competently judge for oneself which potential answers pass muster.  If this sounds familiar, it is because it requires the ideal of autonomy that I wrote about last time.  The pursuit of wisdom, I believe, is, in large measure, the pursuit of autonomous rationality.  It is to be found less in the answers themselves then in the way one goes about seeking the answers.  This is also why we can maintain that people like Plato and Aristotle were extremely wise even when we no longer accept so many of the answers they arrived at.   Their wisdom resided in the way they approached the questions, utilizing their own powers of reasoning in unprecedented ways.

Approaching wisdom in this way also gives us a handle on what it could be to love it.  Just what love is becomes a philosophical question in its own right.  But on the view of wisdom advocated here, love of wisdom is a lot like love of a certain way of life, rather than just love for particular answers or even awareness of one’s lack of answers.  It is a way of life that cultivates and exercises to the fullest extent one’s own powers of reasoning, reflecting, evaluating, and decision making.  It is a love for one’s own active nature rather than the love of a kind of possession that one has no part in creating.  And that is certainly a love worth pursuing.